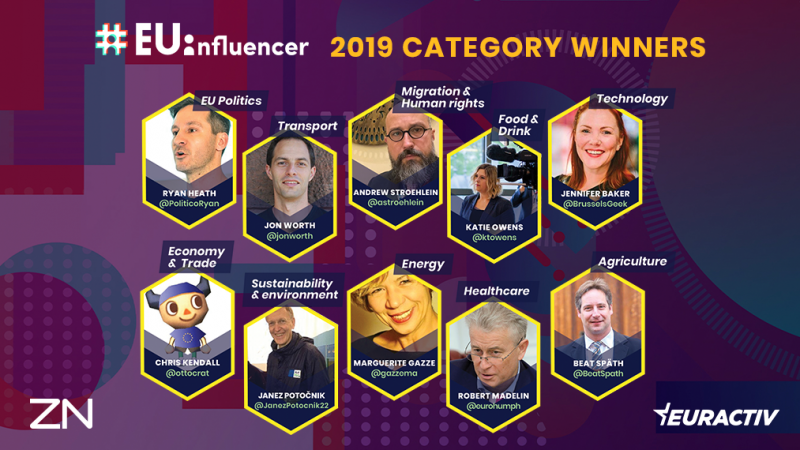 For the third year running EURACTIV.com and ZN have announced the list of the 40 most influential digital influencers in the EU bubble.

The annual list ranks the most influential accounts tweeting about EU politics and policy in the Brussels Twittersphere. For the first first time this year, the ranking also included sector-specific influencers.

The ranking was unveiled at an event in Brussels, during which participants gathered to discuss the challenges and opportunities of a changing social media landscape for political communications.

Meet the influencers of the Brussels Bubble Twittersphere.