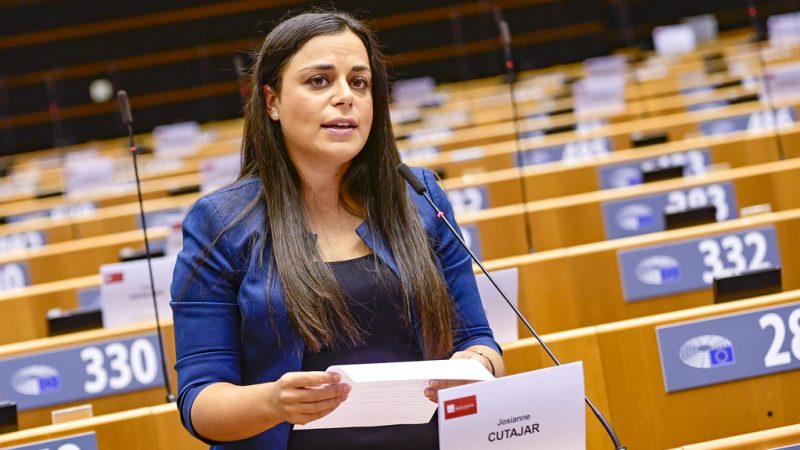 Representatives of the industry are ready to digitalize small businesses, but MEP Josianne Cutajar believes that the human component in future services should not be discounted.

In a EURACTIV panel held on 2 March, speakers representing different sectors and business models discussed the impact of digitalization in times of Covid, focusing on the tourism sector.

Cutajar’s main concerns were competition and consumer protection, while she also emphasized how digitalization could prove to be a risk to jobs in the EU. It will come down to the skills an employee has to keep one’s job, she noted, but the human element is essential to keep quality customer service. “I don’t believe digitalization will overcome us totally”, she said.

Google’s Ciulli agreed with the MEP and responded to her concern about the human appeal of smaller businesses and the impact digitalization can have on certain jobs. “[Google’s] priority is that any company, including the smallest ones can benefit from digital opportunities,” he said.

Representing small businesses in tourism, Hall approached the concept of “forced digitalization”, when companies “get left behind and have no choice but to catch up”. For that reason, the sector would benefit greatly from regulations that take into consideration the level of digitalization and maturity throughout the industry, which is uniquely dominated by smaller enterprises.

Ciulli said one way Google can help with the digitalization of these businesses is data. Real-time data can help companies “better understand consumer behavior and forecast what will happen in the sector”. They are also working hard to provide quality online information to consumers who seek it on Google.

Rosenberger called this real-time data availability a “major step” and also mentioned the importance of this transparency to the tourism sector. “How many flights do we have? How many customers they can actually expect in an opening scenario? How else to prepare the destination?”

Financially speaking, Hall also mentioned how the industry of ‘Smart Tourism’ will always be evolving, and so businesses need to be equipped to keep up with the changes. “We doubled up our investment even when we actually lost all of our business, and it paid off for us”.

In response, Mollet made a point to say that the financial needs of SMEs will be extremely different from the big companies in the sector.

In a call for action for legislative development, he said this difference needs to be taken into consideration when programs and schemes are created to help with digitalization.

MEP Cutajar also mentioned existing programs in Malta that help train businesses on how to adapt to the digitalization process. She clarified that they do take SMEs in mind by partnering them with other local accountancy companies.

However, she did raise some trust issues. When it comes to big companies, like Google, issues such as data privacy and collection are an obstacle.

“Trust is essential in any given service”, she said, affirming that the Parliament will have to work on regulation especially about data collection and sharing.

Finally, MEP Cutajar talked about going beyond what she called “basic IT”.

“If we want to be in the forefront of digitalization, we’ll have to look at modern technologies like AI and big data”. Cutajar also mentioned how technology can help with more sustainability and complement the Green Agenda.

“The EU needs to lead the standards in digitalization”, she said.