A frame grab from a video released by the Islamic State (IS) on 14 September 2014 shows an IS militant (R) holding a knife before purportedly executing British David Cawthorne Haines (L) somewhere in a desert setting. [EPA]

The measures were adopted with 308 votes in favour, 204 against and 70 abstentions. An attempt by a coalition of groups including the Greens and the Socialists to scrap the one-hour deadline failed by only three votes.

Under the plans, if companies are found to be in violation of the rules, they face fines of up to 4% of their global turnover. However, under the measures adopted by Parliament, they will not be obliged to monitor the information they transmit or store, nor have to actively prove illegal activity.

In addition, the national authority responsible for issuing removal orders should contact companies that have never before breached the rules to provide them with information on procedures and deadlines, at least 12 hours before issuing the first order to remove content they are hosting.

Content disseminated for educational, journalistic or research purposes should be protected, MEPs agreed.

Rapporteur for the file, British Conservative MEP Daniel Dalton, has remained cautious on some of the more controversial aspects of the plans throughout the Parliament’s role in the legislative process.

On Wednesday, he was keen to ensure that any vetting carried out by hosting service providers should not happen.

“Without a fair process, there is a risk that too much content would be removed, as businesses would understandably take a ‘safety first’ approach to defend themselves,” he said. “It also absolutely cannot lead to a general monitoring of content by the back door.”

Moreover, Dalton praised the Parliament’s backing of the one-hour deadline, staving off a tough challenge from the Greens and the Socialists.

“The one hour deadline is a key part of this important legislation and I am delighted it received Parliament’s support. There is clearly a problem with terrorist material circulating unchecked on the internet for too long,” he said.

“Law enforcement authorities have made clear to me that terrorist content disseminates most rapidly in the first hour and that the one hour principle is vital.” 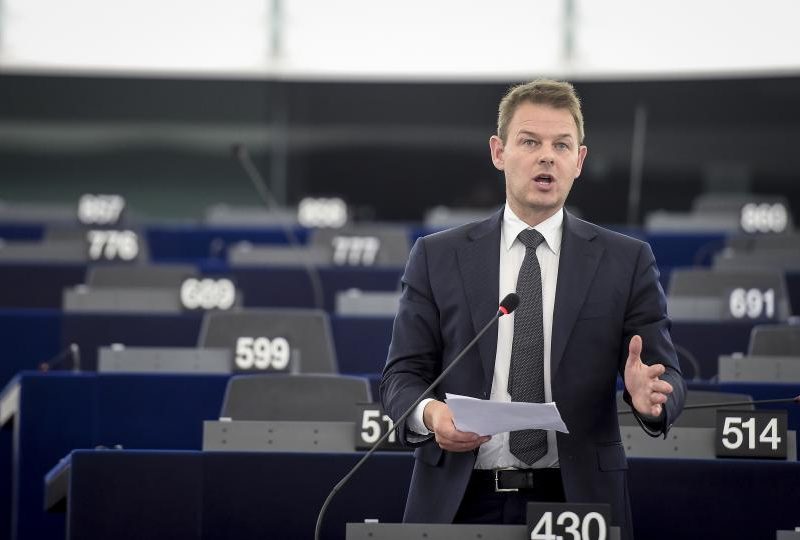 But many of those in the industry were quick to criticise the one-hour timeframe, which many believe could be challenging for smaller firms to meet, despite the provisions included to better inform those who are unfamiliar with the law.

“By demanding that companies of all sizes take down ‘terrorist content’ within one hour the EU has set a compliance bar that only the most powerful can meet,” Owen Bennett, Internet Policy Manager at Mozilla said on Wednesday, following the vote.

In addition, Siada El Ramly, EDiMA Director General, said that the one-hour timeframe is “infeasible,” and called on member states to revise the plans in line with safeguarding the “online European ecosystem.”

EU national governments will now sit down with the newly elected members of the European Parliament following next month’s elections, to thrash out a deal on the final text.

Parliament’s adoption of their text on Wednesday draws to a close a process that had not only been dogged by internal disputes over the timeframe of the removal orders and the definition of terrorist content itself, but also by conflict with the Commission.

The EU’s security chief Julian King said in March that MEPs had been seeking to “delay and time-out” the adoption of the regulation against online terrorist content, following a number of postponements to the Committee’s final vote on the plans.

“I have some difficulty understanding the motivation of colleagues in the European Parliament who are seeking to delay and time-out our outstanding legislative proposal on a Regulation on terrorist content online,” King had said at the time.

Dalton hit back, saying the Commission thinks that anyone wishing to scrutinise their plans is “wasting time” and that the file had been the subject of a “blatant smear campaign” in the press.