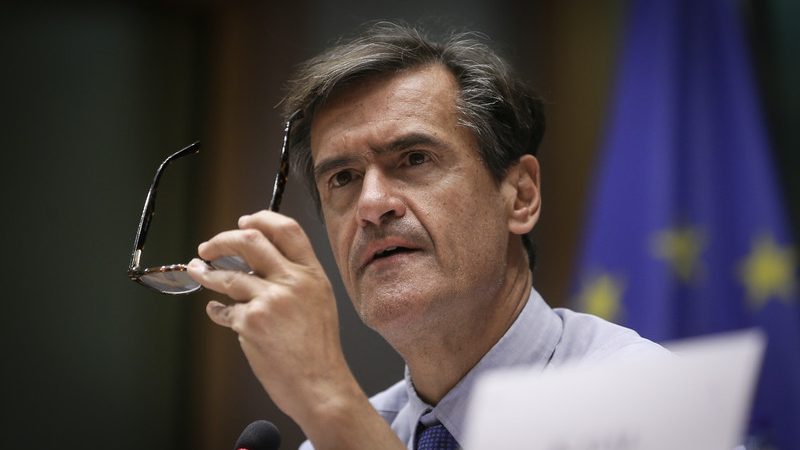 MEPs backed a report on Thursday afternoon (7 May) recommending that Parliament reject EU plans to grant the UK access to a sharing mechanism for fingerprint data, the 2005 Prüm treaty, which outlines rules for police cooperation between EU member states in the field of information exchange.

The move gives a strong signal to the European Parliament, who will vote on the Civil Liberties’ report in next week’s plenary session, as part of a non-binding vote.

The Parliament’s Rapporteur on the motion, Spanish Socialist Juan Fernando López Aguilar, has expressed concern at Britain’s lack of commitment to abide by the principle of reciprocity underlined in the Prüm decision after it became clear that the UK does not intend to make fingerprint data of suspects’ profiles available. López Aguilar also expressed worries over Prime Minister Boris Johnson’s stated intention to diverge from EU data protection standards.

According to López Aguilar’s draft report, the EU’s move to grant the UK access to the bloc’s fingerprint data “would create serious risks for the protection of fundamental rights and freedoms of individuals”. This is despite a decision by the EU Council of Ministers restricting the data transfers only to the Brexit transition period currently due to end on 31 December.

The position of the Civil Liberties committee drew praise from of its members on Thursday.

“With the British unwillingness to respect the European Convention on Human Rights and the case law of the European Court of Justice, there is no basis for an agreement to an exchange of personal data,” Pirate Party MEP Patrick Breyer said in a statement following the vote.

“There are also the excessive mass surveillance programmes of the UK and the massive violations in using the Schengen Information System, which put the freedom of individuals and also our collective security at risk. Today’s rejection is good news for the protection of privacy in Europe.”

The ECHR found that both Article 8 of the European Convention on Human Rights, the respect for one’s private and family life, and Article 10, freedom of expression, had both been violated by UK authorities.

At the time, the ruling was a rap on the knuckles for the UK’s data surveillance operation under powers afforded to British public bodies by the Regulation of Investigatory Powers Act (RIPA). The regulation provides for the legal right of public bodies to carry out surveillance and investigation in the field of communications. Dubbed the ‘Snooper’s Charter, it has long been shrouded in controversy, with accusations that it can be used for indiscriminate spying.

Recently, it has transpired that Ministers in the UK are seeking to expand the list of government bodies who are permitted access to internet communications data for the purpose of surveillance and investigation, with the potential addition of entities including The Civil Nuclear Constabulary, The Environment Agency, The Insolvency Service, the UK National Authority for Counter Eavesdropping (UKNACE), and The Pensions Regulator.

Moreover, concerns in Brussels over the UK’s future data protection regime post-Brexit spiked earlier this year after Boris Johnson suggested that the country would pursue its own standards in the field.

In a written statement to the House of Commons published in February, the Prime Minister said that the United Kingdom will “develop separate and independent policies” in a range of fields, including data protection.