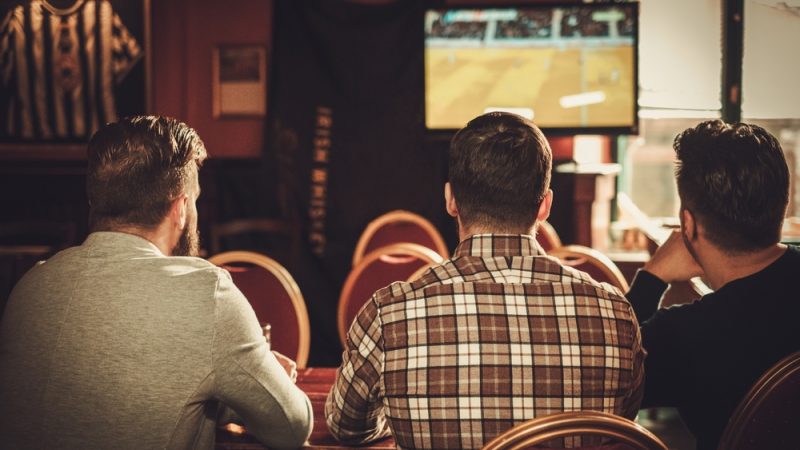 The report demands illegal streams of sports content be blocked or removed within 30 minutes. [Nejron Photo/Shutterstock]

European lawmakers on Wednesday (19 May) adopted a resolution urging the European Commission to combat illegal online broadcasts of sports events and strengthen the rights of organisers. EURACTIV France reports.

“Sport plays a very important role for economic and cultural prosperity,” Bulgarian MEP Angel Dzhambazki of the European Conservatives and Reformists (ECR) group told the European Parliament ahead of the vote on the report “with recommendations to the Commission on challenges for sports event organisers in the digital environment”.

Adopted with 479 votes in favour, 171 against and 40 abstentions, the text, for which Dzhambazki is the rapporteur, was first approved by the Legal Affairs Committee on 23 April before being submitted to the plenary vote on Tuesday.

According to Dzhambazki, “the problem with the existing measures is that implementation comes too late.”

“The report calls on the Commission to clarify and adapt existing legislation, including the possibility of issuing injunctions requiring real-time blocking of access to or removal of unauthorised online content,” he added.

The report’s key demand is “the removal of illegal live broadcasts of sports content by online intermediaries or the blocking of access to such content […] at the latest after 30 minutes” after reporting by rights holders or a “certified trusted signal provider”, the criteria for which are yet to be determined.

“Today we are showing that Europe can protect the economy of sports while respecting the passion it arouses,” said MEP Geoffroy Didier of the European People’s Party (EPP).

“Union law, unlike the law in some member states, does not provide for a specific right for sports events organisers,” the report notes, adding that “the infringement of broadcasting rights in sport threatens its long-term funding”.

At present, “EU law does not protect [sporting events] in any other way in the field of intellectual property”, it continues, as confirmed by a 2011 ruling of the EU Court of Justice in Luxembourg.

Some European countries have nevertheless started to address the issue at the national level, pending harmonisation within the EU.

The French National Assembly adopted a bill on 19 March aimed at “democratising sport in France”, which allows sports events rights holders fast access to the courts to demand “measures to block, withdraw or de-reference any public communication service […] that unlawfully broadcasts the competition or sporting event from French territory”.

Piracy has been shown to have considerable economic consequences. At the end of 2019, Hadopi, the French government body tasked with enforcing copyright laws online, published a report suggesting piracy resulted in a loss of €1 billion in revenue and 2,650 jobs for the audiovisual and sports sectors within one year. The government also lost an estimated €332 million in lost tax revenue over the same time frame.

In March 2019, the Commission committed itself to assessing “the challenges for sports event organisers in the digital environment, in particular issues related to illegal online broadcasting of sports programmes”.

A threat to digital rights

Among the critics of the report is German MEP Patrick Breyer (Greens/EFA), who considers it “a threat to our fundamental digital rights” and that it “could just as easily have been written by industry lobbyists”.

Breyer believes the guarantees provided in the resolution are not sufficient, and fears that the lack of “assessment by an independent judicial authority would lead to over-blocking of legal content.”

This is especially a danger given the tight 30-minute deadline for removal of illegal streams, Breyer said, pointing out that this was even less than the hour given to platforms to remove online terrorist content as adopted by the Parliament at the end of April.

“The best way to reduce illegal streaming is to ensure legal, universal and affordable access to sports broadcasts, both by subscription and pay-per-view,” Breyer said.

However, the text’s proponents dismiss these criticisms.

“Online piracy of live sports broadcasts occurs regardless of whether the sporting event is available on free-to-air television or through subscription services,” the text’s rapporteur, Dzhambazki, told EURACTIV.

“To defend piracy and the theft of rights is equivalent to lawyering for those groups and organisations,” he said.