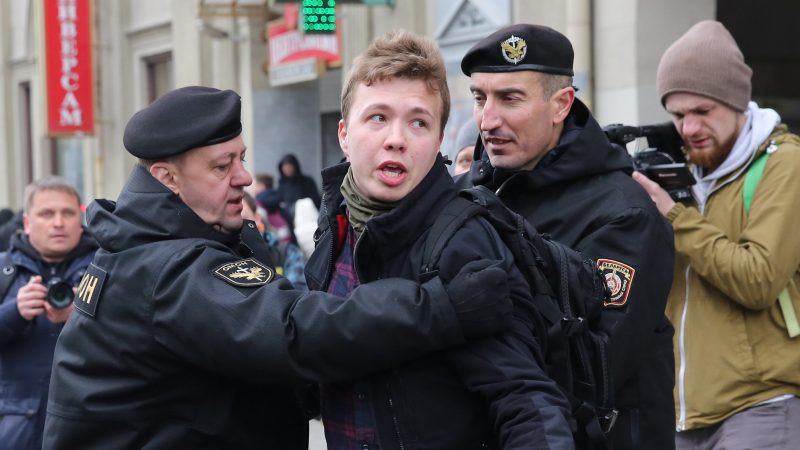 There was no explanation.

But one of the passengers aboard the Boeing 737 reacted immediately, standing up from his seat, reaching into the overhead locker, pulling a laptop computer from his hand luggage and passing it to a female companion along with his mobile phone.

Belarusian dissident journalist Roman Protasevich, who is wanted in Belarus for his role in broadcasting huge opposition protests in Minsk last year, did not have much time. Minsk is less than 200 km from Vilnius. The diversion would take minutes.

“When it was announced they were going to land in Minsk, Roman stood up, opened the luggage compartment, took luggage and was trying to split things,” said a Lithuanian passenger, who gave his name only as Mantas.

“I think he made a mistake. There were plenty of people so he could give the things to me or other passengers and not the girlfriend, who was also I think arrested.”

Outside the plane – although not visible to Mantas – was a Soviet-era MiG-29 fighter jet, on orders from Belarusian President Alexander Lukashenko to force the plane to Minsk.

Mantas was speaking to Reuters after a day-long ordeal that began in Athens and finally ended late in the evening in the Lithuanian capital, Vilnius, after a stopover of more than seven hours in Minsk.

“I looked directly into his eyes and he was very sad,” she said.

Belarusian authorities had diverted the flight as it passed over the country because of a suspected bomb alert, state news agency BelTA said. The alert later turned out to be false.

Protasevich, 26 was immediately separated on arrival in Minsk and checks of luggage using sniffer dogs turned up nothing.

“We saw that Roman was stopped due to some things in the luggage,” Mantas said, adding that the other passengers also had their luggage checked and were taken by bus to the terminal where they spent several hours waiting to reboard the plane.

“We saw from the window that Roman is standing alone, and one policeman with dog was trying to find something (in his luggage).”

Another passenger, who also did not give his name, told Lithuanian media that Protasevich had identified himself to Belarusian security officials on arrival. “I saw how his passport was taken away. He took off his mask and said: ‘I’m so-and-so and I’m the reason why all this is going on.'”

The European Union called for Protasevich’s immediate release, with the head of the EU’s executive European Commission and the Polish prime minister describing the incident as a hijacking. 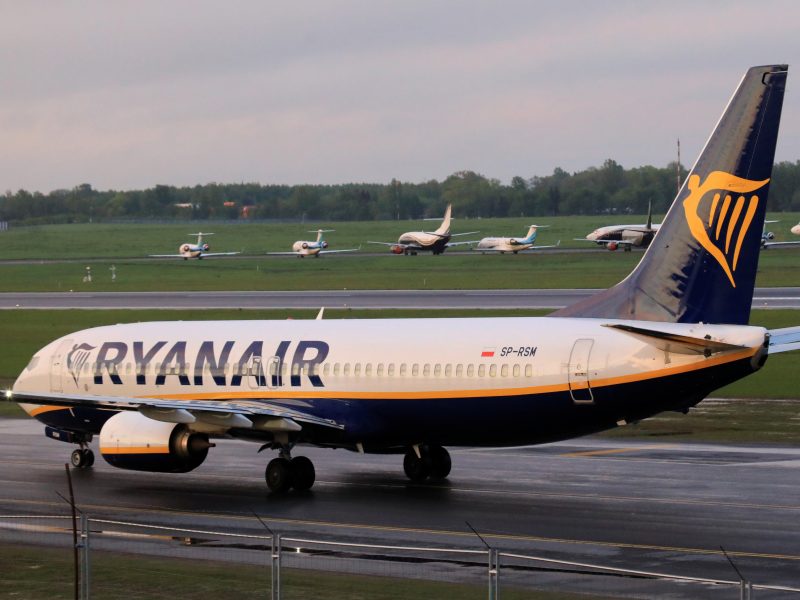 Belarus forced a plane carrying an opposition activist to land in its capital, provoking a furious outcry from world leaders who described it as an “act of state terrorism” ahead of an EU summit expected to toughen sanctions on Minsk.

The other passengers looked weary on arrival in Vilnius, with Mantas saying they had spent hours in queues for luggage and passport checks in Minsk before being allowed into a lounge to await takeoff.

He said he could not be sure if Protasevich’s companion, who took the laptop and phone, had also been detained in Minsk, but there appeared to be more empty seats on the final Minsk-Vilnius journey than when it took off from Athens.

“It means that more than one person was (taken) out of the plane – but (it’s) difficult to say exactly.”

Lithuanian President Gitanas Nauseda told a news conference late on Sunday that Protasevich’s female companion had also not re-embarked the flight from Minsk to Vilnius.