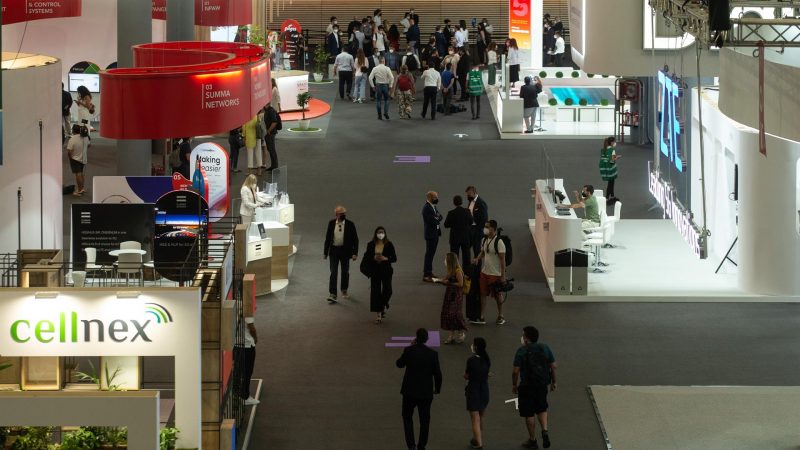 The MWC is celebrated in Barcelona, the neutral territory between technological powerhouses China and the US. [EFE/Enric Fontcuberta]

The Mobile World Congress has reopened for its first in-person gathering since the beginning of the COVID-19 pandemic, with 30,000 visitors in the Spanish city of Barcelona. EURACTIV’s partner EFE reports.

“We haven’t conquered COVID yet, but it hasn’t conquered us either,” said John Hoffman, CEO and director of the GSM Association, organisers of the MWC.

“A real theme for MWC ‘21 is: back to business, back to Barcelona, back together,” he said as he welcomed attendees during the inaugural event on Sunday (27 June).

The congress opened doors and testing facilities from 8 am, with larger crowds clogging the entry process at times as midday approached. Inside, attendees found a reduced version of the congress, with fewer companies in attendance and others choosing to attend virtually.

Front and centre of the convention was 5G technology, once again the focus of most telecom giants like in 2019, as companies displayed the capabilities of the fifth-generation mobile network. Hologram technologies also competed for attention, with a human-sized 4K resolution cabin that allows interaction with holograms.

The MWC is celebrated in Barcelona, the neutral territory between technological powerhouses China and the US, according to Hoffman.

Spanish industry leader Telefonica, however, opened the first session advocating for a new regulatory framework to build a “strong digital Europe,” and not fall further behind in the international race for digital leadership.