Moldova: Europe’s hotspot for IT outsourcing 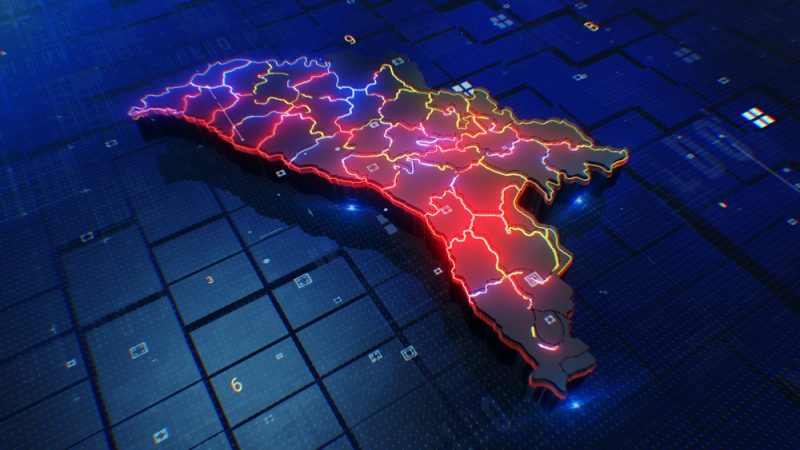 Moldova has been increasingly benefitting from the skill shortage in the IT sector. [EA09 Studio/Shutterstock]

In one of the poorest countries in Europe, exports of IT products and services have increased fivefold over the past five years, mostly to EU countries.

Moldova’s economy ministry put the total annual IT export at almost $350 million in 2021. At the same time, the top market for the export of Moldova’s software and other services in the field of information technology is the European Union.

According to the Economy Minister Sergiu Gaibu, the IT Park Moldova is one of the main reasons behind such fast growth. It was created in 2017 at the initiative of the then government. This virtual structure today unites 1,200 resident firms, all of which pay a flat income tax of only 7%.

“The sphere of information technologies is one of the most developed and dynamic in the Moldovan economy. The IT industry already provides 3.5% of the national GDP. Our country exports 85% of the products produced by Moldova IT Park residents. The main export countries are the European Union, the USA, Great Britain and Canada,” Minister Gaibu said.

According to Gaibu, Moldovan IT companies can focus on  – and benefit from – the European market thanks to geographical proximity, common linguistic and cultural traits,  and, most importantly, the constant demand for outsourcing.

In other words, it is much more profitable for European companies to purchase software and other IT products in other countries than to maintain a staff of programmers.

Svetlana Demciucova is a product manager at Fintechlab. She leads the team that develops the Ocean Credit mobile application, which issues credits online. The main market where the application has been operating for seven years now is Romania.

“From the beginning, we decided that we would work for the European Union. Moldova has a small market, which means little potential,” said Demchukova.

“Therefore, they chose a neighbouring country, Romania. At the start, it was difficult because we did not know the local legislation, but after six months we settled everything and started working.”

According to her, doing business in the EU market is profitable but not so easy. Every year the company undergoes many audits from different structures.

Last year, the company headed by Svetlana earned about 10 million Moldovan lei, which is about €500,000. Most of that money went to staff salaries and administrative expenses.

“We are glad that our employees receive European salaries,” Demciucova said, explaining that the salary range starts at €600-1,000 for newcomers and can reach up to €4,000 a month for senior staff.

“With such salaries at home in Moldova, at the age of 25, our guys can afford to buy a car, take out a mortgage, go on a trip. If they received such a salary in any other EU country, taxes would eat up most of their money,” she said.

According to the IT Park statistics, the average salary in the IT sector in Moldova is about €1,500 – 1,700, more than three times the national average. For comparison, a member of the Moldovan parliament earns about €900 per month, without allowances.

Moldova’s growing IT market is thriving also because the EU is not able to satisfy the growing demand for qualified IT specialists.

According to Eurostat, companies registered in the European Union are experiencing difficulties in hiring IT specialists. At least 55% of companies participating in the 2020 survey said so. This fact may slow down one of the EU’s goals  – of having at least 20 million IT professionals by 2030 – as part of its drive for digital transformation.

“Moldovan IT companies successfully compete with European companies in such market segments as development and support of software, mobile applications, network and database administration. Our advantage is experience, expertise, high-quality results, compliance with deadlines, and, most importantly, the optimal cost of services,” Gaibu added.

However, there are also weaknesses. The majority of IT companies in Moldova are micro or small, meaning they are not able to respond to large orders.

For Gaibu, Moldova receiving the status of an EU candidate, and eventually joining the bloc, which could take years or decades, could be beneficial for its IT sector, provided that the special tax regime for Moldova IT Park residents is maintained.

“Potential accession to the EU market for the Moldovan IT sector will open up new export opportunities, as well as increase orders in the local market,” the minister concluded.