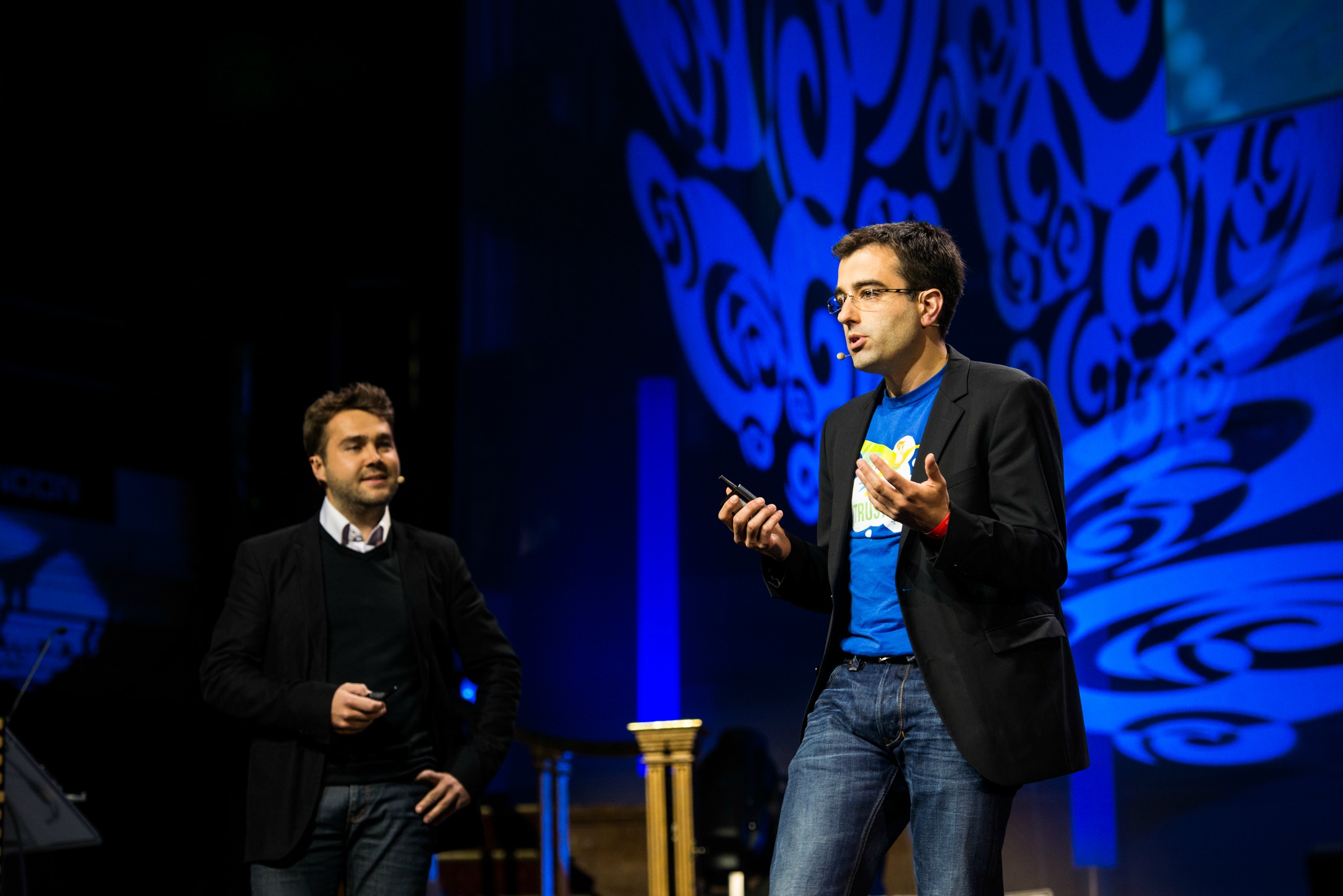 One of the success stories in Europe is the carpooling company blablacar. In the picture, the founders Nicolas Brusson and Frederic Mazzella. [Leweb/Flickr]

Europe faces an uphill battle to make the fourth industrial revolution a reality. While the investment needed will be a challenge, the main obstacle to complete the transition towards the new digitalised future may be the sluggish entrepreneurial culture in Europe.

“We need to create what comes after Google,” said Commissioner for Innovation, Carlos Moedas, on 16 February. On the occasion of the announcement of the upcoming European Innovation Council, the Portuguese Commissioner described a future where the digital, physical and biological worlds come together.

EU executive to set up its own startup accelerator

The European Commission plans to create a European Innovation Council to support the development of disruptive businesses such as Google or Uber, as “Europe has missed out on market-creating innovation”, Commissioner for Innovation, Carlos Moedas, said on Tuesday (16 February).

As companies, experts and decision-makers have insisted, the fourth industrial revolution is already here.

But Europe is lagging behind in progressing towards ‘Industry 4.0’, which will be fuelled mainly by data.

The reasons are many, including the fact that most of the tech giants are US-based companies.

Experts and policymakers also cite the investment effort required to complete the digitalisation of industry and to implement all the cutting-edge technologies of this new wave of changes, such as virtual reality, 3D printing and artificial intelligence.

According to a report published by the European Parliament Research Centre, Germany alone would need to invest an estimated €40 billion per year to make this industrial revolution real. For Europe, the figure could be €140 billion.

But some observers are more cautious. Deutsche Bank pointed out that the investment needed would be “challenging” for small and medium-sized companies, and the total savings for numerous firms could be “negligible”.

Even more, the bank emphasised that “there is even the danger that the economic efficiency may decline overall, at least in the short term”.

Meanwhile, the Gartner Group warned in a report that many of the new technologies are still five to ten years away from a viable payoff, while business models remain unclear.

The European Commission wants to usher in the era of artificial intelligence and robotisation in factories with a “digitising industry” strategy due in April.

For a majority of business involved in the digitalisation of Europe, the main challenge to complete this transition will not be the money, but the spirit. Europe lacks a solid entrepreneurial culture.

The reason is that the ‘Old Continent’, the land of numerous political revolutions and industrial transformations, became risk-averse after the Second World War. According to an analysis of the world’s 500 biggest publicly-listed firms by Nicolas Véron and Thomas Philippon of the Bruegel think tank, Europe gave birth to just 12 new big companies between 1950 and 2007.

As Moedas highlighted in his speech, Europe is good at improving existing technologies but “so far, Europe has missed out on market-creating innovation”, the same kind of innovation that firms like Google, Airbnb and Uber represent.

“I think we will be in real trouble if this does not change,” the Commissioner said.

Portuguese MP Francisca Almeida summarized the view shared by many in the European startup scene. “The difference lies with the acceptance of failure and risk-taking,” she wrote in a blog post in 2014. “While Europeans regard failure as a burden, Americans see it as a badge of honour that proves they tried and learned from their mistakes”.

“Not only is the environment challenging, but there is also a widespread culture that does not recognise or reward entrepreneurial endeavours enough and does not celebrate successful entrepreneurs, as role models who create jobs and income. To make entrepreneurship the growth engine of our economy Europe needs a thorough, far-reaching cultural change,” the plan said.

The strategy is based on three pillars: developing entrepreneurial education and training; creating the right business environment; and role models and reaching out to specific groups.

As the European Commission acknowledged, aspiring entrepreneurs in the EU generally find themselves in a tough environment. Education does not offer the right foundation for an entrepreneurial career, it is difficult to access credit and markets, there are difficulties in transferring businesses, a fear of punitive sanctions in the event of failure, and burdensome administrative procedures.

But the lack of entrepreneurship not only affects the setting up of new companies. It also discourages the transformation of existing ones.

Jim Moffat, Managing Director and Global Consulting Business Leader at Deloitte Consulting, told euractiv.com during the 2016 World Economic Forum in Davos that “Europe has been slower to embrace the digital transformation.”

He said that “what is needed in Europe is to create the entrepreneurial culture that spurs innovation within companies”, similar to what’s happening in the US.

He noted that only a few companies have started to realise in Europe the “profound impact” that Industry 4.0 will have on their business. “I’ve seen more of that embracement in Asia-Pacific than in Europe,” he warned.

Quoting social entrepreneur Jen Hyatt, Moedas said that “instead of asking how we provide more for less, we need to ask how we do things differently and better”. It is high time for Europe to start thinking ‘out of the box’. As the African proverb says, “it does not matter whether you are the lion or a gazelle-when the sun comes up, you would better be running”.

Only 37% of Europeans would like to be self-employed, compared to 51% of people in the US and China.  Some of the challenges to be tackled include:

The European Commission is expected to unveil an action plan on 6 April to unify and galvanise member states’ efforts towards the 'fourth industrial revolution'.

To that end, the Commission plans to allocate €5 billion over the next five years, while the industry is expected to contribute around €18 billion, a Commission official told EURACTIV. The executive will present three communications as part of its action plan:

The package will include two staff working documents on high performance computing and on the Internet of Things, outlining the challenges and opportunities in those fields.

The overall aim is to put in place all the necessary building blocks for the next industrial phase so that European firms remain in the driving seat. To that end, the European Commission wants to encourage regional innovation hubs and industrial platforms to increase innovation capacity.