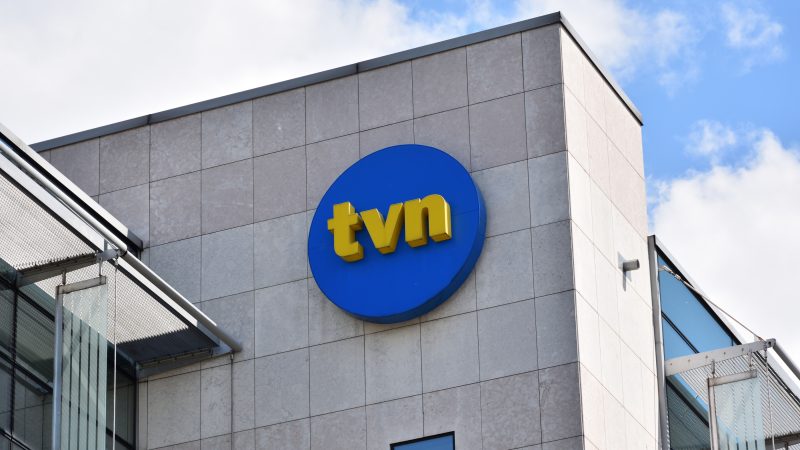 US-owned TVN would be one of the networks prevented from renewing its license if the bill passes. [OleksSH / Shutterstock]

A new bill submitted to the Polish parliament aims to place restrictions on granting broadcasting licenses to foreign media, raising concerns about the further narrowing of press freedom in the biggest Eastern European EU country.

The ruling Law and Justice (PiS) party launched a new legislative proposal on 7 July amid a broader policy of ‘repolonisation’ and ‘deconcentration’ of the media, seen by many as a drive to restrict media independence.

The draft bill, dubbed ‘Lex TVN’, is viewed by critics as targeting TVN24, a 24-7 news channel critical towards the country’s right-wing government, whose mothership TVN is owned by US-based Discovery Inc.

TVN would be one of the networks prevented by the bill from renewing its licence, which expires later this year, in what critics fear could mean a further tightening of PiS’ grip over Poland’s media landscape.

The proposed bill would mean that any radio or television services with owners based outside the European Economic Area (EEA) would be prohibited from obtaining permits for broadcasting in Poland. 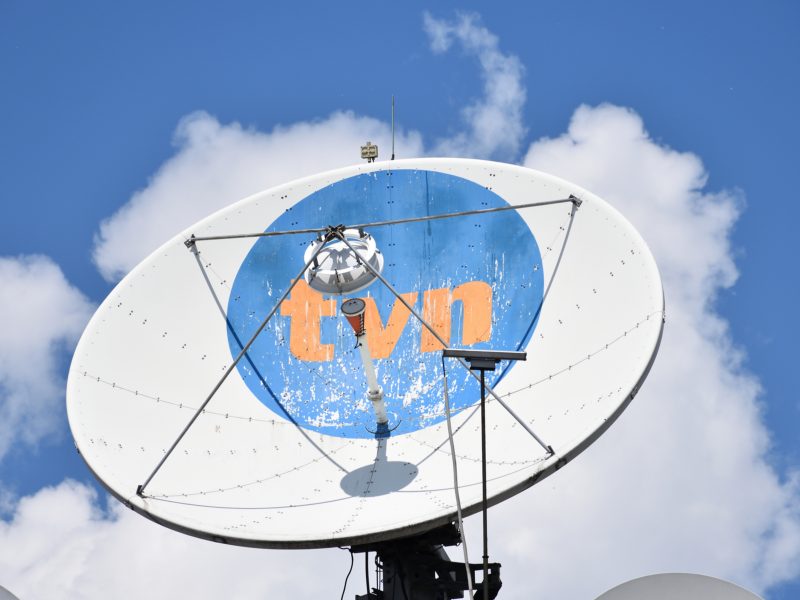 An amendment to Poland’s media law takes aim at leading independent news channel TVN24 owned by US firm Discovery and is expected to severely harm the relations between Warsaw and Washington.

The matter will be discussed later today with Matthew G. …

PiS has argued that the bill is intended to update media regulation to match that of other EU countries and prevent, for instance, Polish media outlets from being “bought by an entity from Russia, China, or an Arab country.”

“We need to protect Poland from the entry of various (kinds) entities from countries that are hostile to us,” PiS MP Marek Suski said this week when asked about the bills’ purpose.

Asked in a later interview with Rzeczpospolita whether TVN could buy state-owned companies, he replied that he could not rule it out or confirm it. “I don’t manage them,” he added.

TVN has pushed back against the proposal, saying its ownership structure complies with Poland’s existing Broadcasting Act, and Discovery Inc. has promised to defend the network.

The draft bill has caused concern among international leaders including Věra Jourová, European Commission vice president for values and transparency, who described it as “another worrying signal for media freedom and pluralism in the country.”

She added that it strengthened the case for a Media Freedom Act, which has been floated by the EU in response to recent deteriorations in media freedom in Central and Eastern Europe.

The Polish government, contacted by EURACTIV, was not available for comment by the time of publication.

Bix Aliu, chargé d’affaires of the US embassy in Poland, tweeted that “the US is watching with increasing concern the procedure related to the TVN concession and the new draft amendment to the media law” and that “a free press is crucial to democracy.”

The loss of TVN would have implications beyond its critical political and investigative journalism, as the network also provides a wide range of entertainment and cultural programming featuring parts of society and discussions often left out by other media platforms, Beata Klimkiewicz, a Polish media professor, told EURACTIV.

Klimkiewicz told EURACTIV it was wrong to see the policies of repolonisation and deconcentration as complementary, given that one is designed to restrict media ownership on the basis of country of origin while the other aims to prevent monopoly, meaning that they could hinder rather than help the diversity of the media landscape.

In December last year, state energy company PKN Orlen took over from the German group Verlagsgruppe Passau Polska Press, a media network that includes 20 of the country’s 24 regional newspapers and has an online readership of over 17 million. 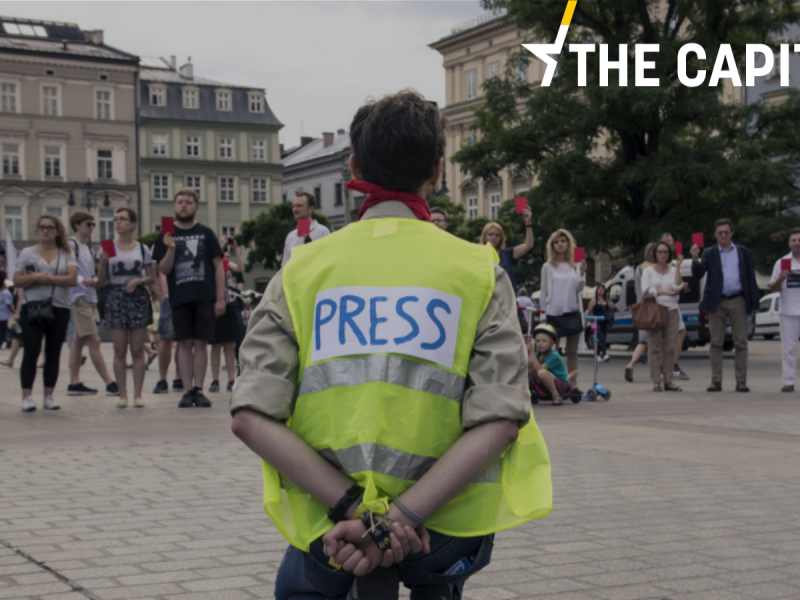 Polish state-owned oil company Orlen will take over 20 of Poland’s leading regional newspapers, Orlen CEO Daniel Obajtek announced on Monday – something the government’s critics have long seen as a key element in the ruling camp’s plan to further …

Poland’s media sector has also faced a number of challenges on the financial front.

Earlier this year, private media outlets staged a “blackout” protest, taking their websites offline for a day, in response to plans for a tax on ad revenue which many in a sector already hard-hit by the COVID-19 crisis feared would ruin them financially and threaten journalistic independence. 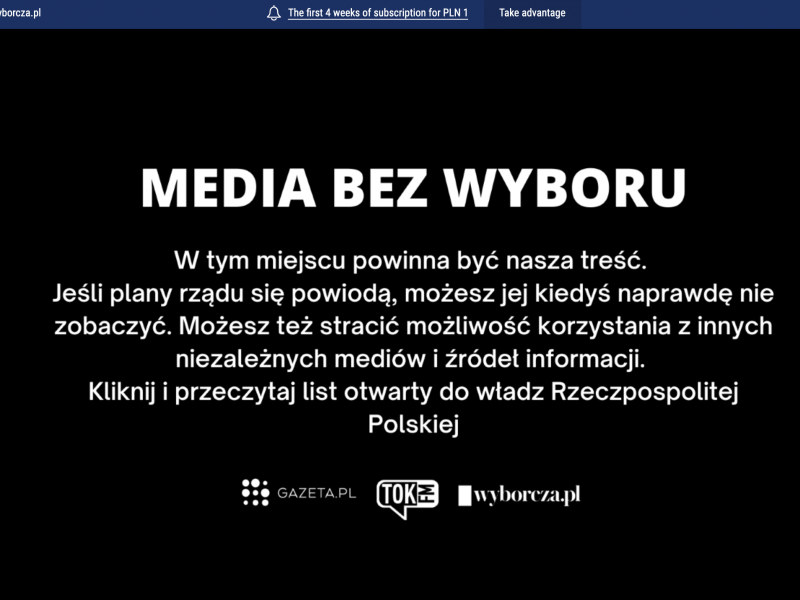 Outlets and journalists have also found themselves on the receiving end of costly legal action. A study by the Polish Society of Journalists found that between 2015 and 2021, public institutions, state-owned bodies, and politicians and their relatives were among those who most frequently launched these legal actions.

The biggest recipient of such suits was the national daily Gazeta Wyborcza, which was given financial assistance by EU monitoring organisation Media Freedom Rapid Response last year to cover costs associated with 55 separate legal actions it was facing.