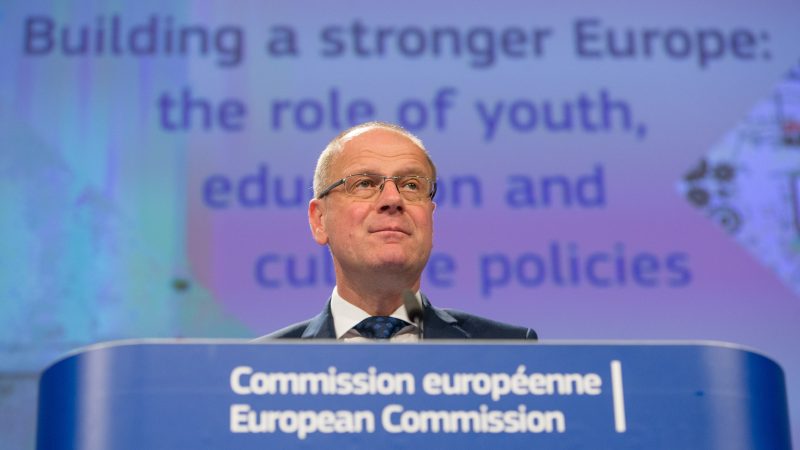 Tibor Navracsics, EU Commissioner in charge of Education, Culture, Youth and Sport gives a press conference on new initiatives to build a European Education Area and the New Agenda for Culture at the European Commission in Brussels, Belgium, 22 May 2018. [EPA-EFE/STEPHANIE LECOCQ]

The diversity of European languages in use online could be improved in the near future, the EU’s Commissioner for Education and Culture, Tibor Navracsics told EURACTIV amid criticism that progress with online multilingualism in Europe has been “frustratingly slow”.

While the EU has done much to bolster the bloc’s availability of languages online, including a number of initiatives such as a minority intergroup tasked with addressing issues of national minorities, there could be “new developments” in the pipeline, Navracsics said on Wednesday (26 June).

Navracsics’ optimism with regards to the EU’s online multilingualism efforts is not universally shared.

Among the critics is Emily Taylor, the author of a UNESCO report on Internationalised Domain Names (IDNs), who recently told EURACTIV that “progress is frustratingly slow” in the spread of diverse languages online.

“The investments and excitement that surround other technological topics such as AI don’t include IDNs,” she said, adding that domain names and multilingualism “are not hot topics right now.”

Internationalised Domain Names (IDNs) allow for Internet websites to be described in multiple language scripts. They are more inclusive than their “normal”, widespread counterpart, who only allow for a description in Latin script.

Currently, IDNs only represent about 2% of all domain names online, a very small proportion that can be explained by a lack of investment and interest.

“The people who are investing don’t see demand, so there’s no incentive to invest,” Taylor said.

UNESCO’s IDN World Report highlights some of the shortfalls in the availability in online languages. According to the 2018 edition, as much as 21 out of 80 European languages might become digitally extinct if nothing is done. The 2019 issue, set to be released in November, may have similarly concerning messages for EU policymakers to consider. 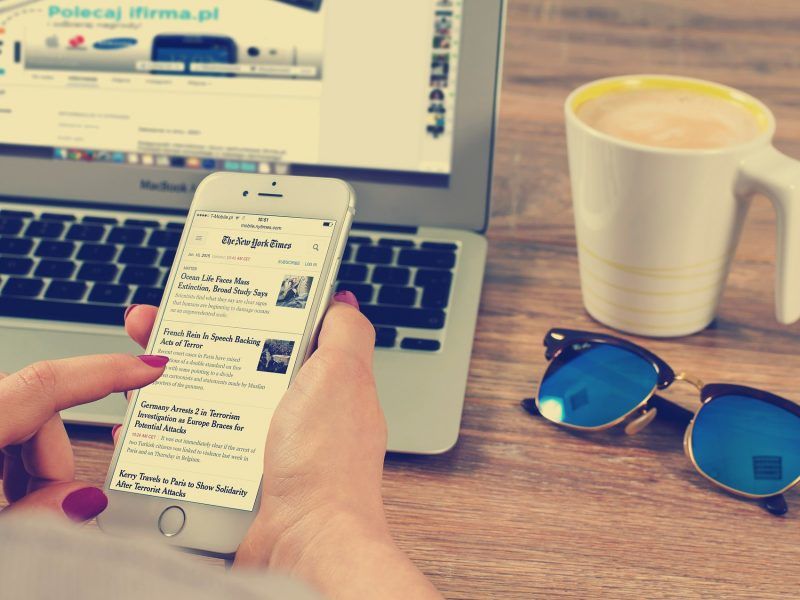 Despite this grim overview of the situation, Taylor still had words of praise for certain EU-related initiatives, most notably EURID (the registry in charge of managing .eu domain names).

“EURID has worked tremendously hard to provide IDNs for all European languages and scripts,” she said.

On Wednesday, Navracsics mentioned some of the multilingual programs that the EU had put in place in order to foster cultural diversity online. These include the minority intergroup and ‘Minority Safe pack’, a European citizen initiative which aims at taking initiatives at the EU level to foster linguistic diversity.

In addition, Navracsics highlighted the efforts being made by the EU to promote multilingualism.

“This topic has been debated several times in the European Commission and Parliament,” he said. “At the moment, we do our best to translate all the materials in as many languages as possible.”

At the same time, however, Giovanni Seppia of EURID, the domain name registration agency of the EU, said that such programs don’t go far enough to foster the diversity of online multilingualism.

Citing the same problem as Taylor, Seppia stated that “there is a lack of demand in IDNs.”

“More needs to be done on the technical level, with Universal acceptance for instance,” he added.

Khalid Choukri from the European Language Resources Association group rallied the importance of a big European programme centred around language that would support EU actors in language software research.

“There is a need for a large-scale European program to support European actors,” he told  EURACTIV.

“The word multilingualism needs to come back as a strong word in the Commission.”

Seppia agreed with Choukri’s recommendation, saying that there is a “need for greater coordination among EU actors.”

“If the European Commission was to provide a bigger framework to actors involved, I think it would help multilingualism online.”

Seppia also mentioned the need for financial support that registrars have, with medium-sized companies who cannot afford to wait 10 years before they become profitable and who require support in the early stages of their development.

Similar to Taylor, Choukri praised the European Union for its efforts. “There is an extraordinary amount of research being done in Europe, the European Commission is one the major actors in the sector and at the basis of most private actor’s language software are EU programs”.

He highlighted the need for a large-scale European programme, saying that “we (Europe), could take the leadership in multilingualism online and language resources.”

Currently, the most commonly used language in the European institutions is English, followed closely by French. German comes in third place. Those that are rarely used include Estonian and Latvian, as well as Maltese.

INTERVIEW / Just as the EU legislates to protect migrating birds and wildlife habitats, it should also protect its 120 or so endangered languages, argues François Alfonsi, a Corsican MEP who has prepared a parliamentary report that could name and shame European wrongdoers.