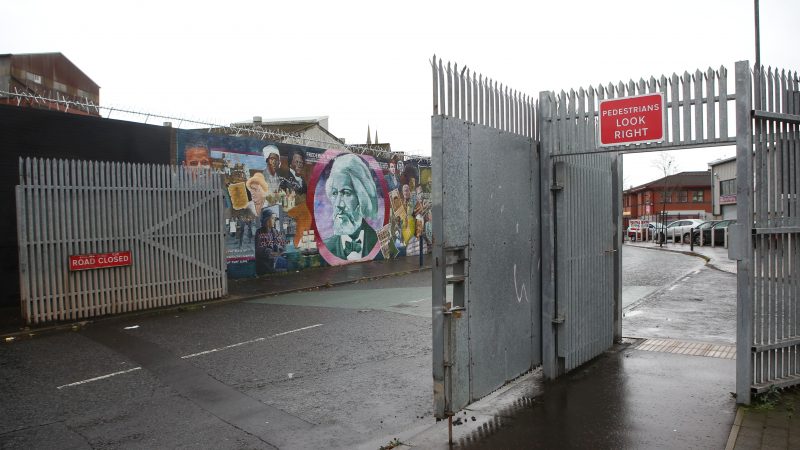 The investigation targeted ads based on interest and postcode, aiming content at users on both sides of Belfast's peace walls. [Federico Zovadelli / Shutterstock]

To test the mechanisms put in place by Facebook, Global Witness created a set of political adverts designed to breach the platform’s policies on hate speech and inciting violence.

The adverts were set to target users who had been profiled by the platform as having an interest in either Protestantism or Catholicism, or who lived in particular areas on either side of Belfast’s peace walls, partitions separating the two communities.

Each advert submitted for review was approved by Facebook, even those that violated the platform’s own policies, Global Witness said in a report published on Monday (28 June).

The NGO removed the adverts before they were published, but said its findings demonstrated clear failings in mechanisms for preventing the publication of potentially dangerous material.

The investigation took place shortly before riots broke out in Northern Ireland in March, leading to some of the worst violence the country has seen in years.

Using incendiary language and images, the adverts included slurs against both Catholics and Protestants, pro and anti-British messages, and calls for people to “take to the streets.”

The adverts were targeted based on users’ interests and location. When submitting them, Global Witness specified that they were aimed at individuals profiled by Facebook as having an interest in Catholicism or Protestantism. This interest is determined based on, for instance, the pages users have interacted with.

The investigation also narrowly targeted adverts based on postcode. Specific content was directed towards those living on either the predominantly Catholic or predominantly Protestant sides of west Belfast’s main peace wall.

Facebook’s advert review process checks proposed material against its own Advertising Policy before publication. According to Facebook’s website, “If a violation is found at any point in the review process, the ad will be rejected.”

However, Global Witness said this was not its experience of the review process.

“We couldn’t believe the ease with which ads that might have incited violence and contained hate speech could be targeted to specific communities in this way,” said Naomi Hirst, head of Global Witness’ Digital Threats Campaign.

“With every post approved we doubled down on how inflammatory we could go and every single time Facebook gave us the green light,” she added.

Responding to the investigation, a Facebook spokesperson said: “Several of these adverts violate our policies against hate speech and incitement of violence and have since been removed. Our enforcement is not perfect, but we’re always working to strengthen and improve our processes.”

“People’s interests are based on their activity on Facebook – such as the pages they like and the ads they click on – not their personal attributes,” the spokesperson added.

The broadest category of ad targeting offered by Facebook means that the platform determines who will see the material. At the other end of the scale, advertisers can aim their content at users in specific locations, of certain ages or genders, and who have engaged with particular pages in the past.

In the EU, the proposed Digital Services Act (DSA) includes a number of measures to increase transparency around online advertising. In February, however, the EU data protection supervisor (EDPS) said that these measures did not go far enough and called for an outright ban on ad targeting.

In the wake of its investigation, Global Witness is calling for regulation of “Big Tech’s surveillance business model” by obligating platforms to be transparent with users about who they are being targeted by and on what grounds.

Belfast lawmaker Claire Hanna told EURACTIV that Facebook’s response was not enough and that the investigation demonstrated the ease with which targeting could be used to manipulate communities and incite violence.

“It is chilling and really starkly shows how much social media giants still have to do to bring the powerful tools they offer under some kind of control,” she said.

A spokesperson from Northern Ireland’s Department of Justice said that the matter fell under the purview of the UK government, but that they “continue to work closely with the Department of Digital, Culture, Media and Sport regarding the Online Safety Bill.” The draft bill focuses on regulating online content.