One Free Press Coalition: ’10 Most Urgent’ List of September 2021 – Afghanistan Call For Action 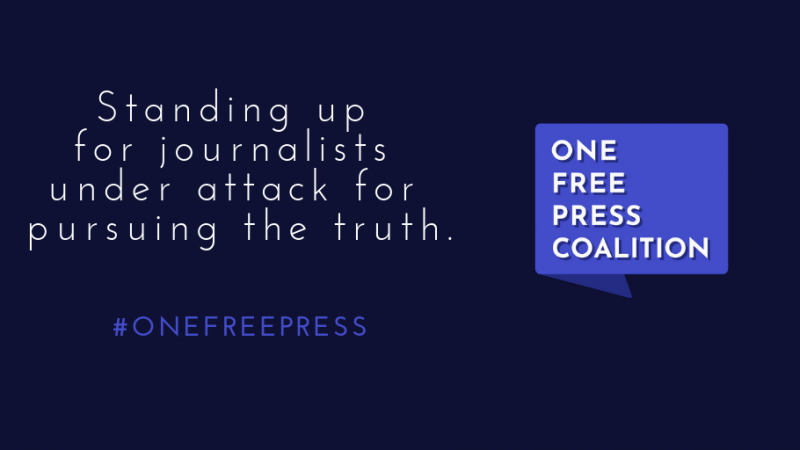 Standing Up For Journalists - September 2021

As the Taliban has asserted power over Afghanistan in recent weeks, media there face new and daunting challenges. On September 1, international media outlets worldwide unite as the One Free Press Coalition to publish this special edition of the global monthly “10 Most Urgent” list—with a focus on how everyone can help journalists under attack in Afghanistan right now.

Engage communities and call on governments with these 10 urgent actions:

1. Commit to evacuate all Afghan journalists, media workers, media advocates and their families.

One female journalist told CPJ that she had received threatening calls in recent days from the Taliban that said, “Your time is over.” Meanwhile, CPJ is investigating reports that Taliban militants searched the home of a Deutsche Welle editor, shot and killed one of their family members and seriously injured another.

2. Simplify and secure the process for visa application and collaborate with third countries when possible.

3. Establish safe corridors in Kabul to allow for the evacuation and relocation of all persons at risk, including journalists and media workers.

5. Ensure UN support for Afghan journalists as part of their “stay and deliver” agenda for humanitarian assistance and protection in Afghanistan.

6. Open country borders to allow for the safe passage of evacuees seeking relocation and future settlement.

Militants have searched the homes of at least four journalists and news agency employees. Meanwhile, members of the Taliban have barred at least two female journalists from their jobs at the public broadcaster Radio Television Afghanistan, and Taliban militants beat Babrak Amirzada, a video reporter with Pajhwok Afghan News, and Mahmood Naeemi, a camera operator with Ariana News, while they covered an anti-Taliban protest.

8. Create emergency funding for Afghan journalists and media workers who have left the country as well as those who remain in-country.

9. Join a local civilian or corporate effort, such as offering to provide transportation, meals or temporary housing for Afghan refugees.

10. Spread the word about organizations, such as CPJ and IWMF, that are providing assistance or are compiling lists of available resources.