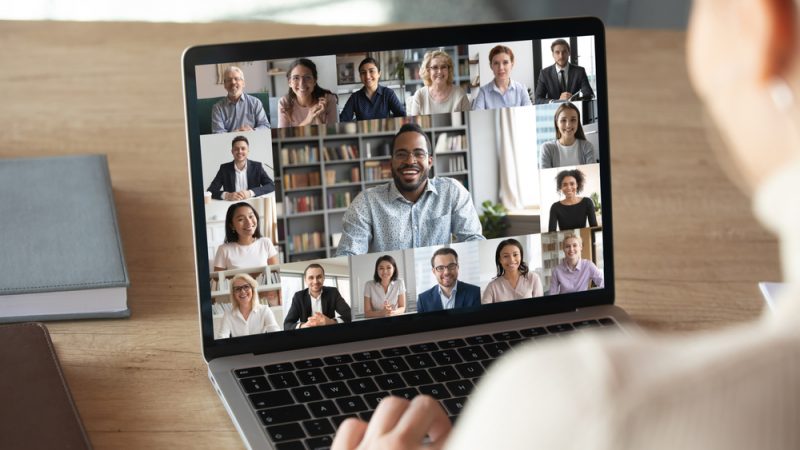 The Covid-19 pandemic has meant that almost half of the working population in the European Union (EU) were fully or partially working remotely in July, up from around 10% before the pandemic crisis, according to Eurofound. [Shutterstock]

The Covid-19 pandemic has meant that almost half of the working population in the European Union (EU) were fully or partially working remotely in July, up from around 10% before the pandemic crisis, according to Eurofound.

This new labour reality, accelerated by the pandemic, will be under discussion on Tuesday at a high-level conference on the future of work entitled “Remote Working: Challenges, Risks and Opportunities” held remotely as part of the Portuguese presidency of the Council of the EU.

The latest results of a survey conducted by Eurofound (European Foundation for the Improvement of Living and Working Conditions), based on nearly 90,000 ‘online’ surveys conducted in July, show that almost half (48%) of respondents were in remote work at least part of the time.

Of these, more than a third (34%) were working exclusively from home, meaning more than one in three workers were in this situation.

The figures contrast with those seen before the pandemic, in 2018, when “less than one in twenty workers” reported working remotely regularly and “less than one in ten occasionally”, according to the study on “Living, Working and Covid-19”, citing data from the European Commission.

The proportion of people working exclusively at home varies significantly between member states, however.

Belgium is the country where the proportion of remote workers is highest (over 50%), followed by Ireland, Italy, Spain and France, with levels above 40%.

Portugal comes in sixth place with almost 40% of remote workers at home, closely followed by Denmark.

With rates below the European average are countries like Greece, Finland or Germany, with percentages slightly above 20%, while in Croatia, Poland, Slovakia, Bulgaria and Hungary only about one-fifth of workers were at home.

Eurofound’s data also shows that of the total respondents who were working at home, most (74%) had higher qualifications.

By activity, the services sector had the highest incidence of remote workers. In contrast, the sectors with the lowest levels were the ‘frontline’ ones, such as health, transport and agriculture, and those directly affected by the restrictions, such as shops and accommodation.

Over half (54%) Of those who worked from home during the pandemic crisis had done so previously, while 46% were new to it.

One of the issues being discussed about remote working is the lack of boundaries between work and non-work life, and according to the survey, a fifth of remote workers (24%) reported working during their free time, while only 6% of those who worked on company premises or locations away from home admitted to this.

However, most remote workers said they wish to continue working from home after the pandemic crisis, at least sometimes.

“It seems very likely that the experience of working from home during the Covid-19 crisis will lead to a growth in teleworking when the crisis subsides,” Eurofound concluded, indicating that 78% of workers surveyed in July said they preferred to work from home at least occasionally, even if there was no pandemic and restrictions imposed by governments.

The main preference was working from home several times a week (32%), with only 13% indicating they would like to work from home daily.

Economist and professor at the University of Minho João Cerejeira said telework “is here to stay, namely in more hybrid modalities”.

“When the pandemic is resolved, the use of telework, which has now accelerated, is likely to fall, but there is no doubt that it will be at a much higher level than the previous trend,” he told Lusa.

Cerejeira said that there were more advantages than disadvantages for both workers and companies, but the labour regime would need to be regulated.

“The legislation is very vague, and it has to be defined who pays what, the issue of reconciling family life and work, what hours to adhere to, how to monitor work or evaluation,” he added.

In Portugal, the discussion on the regulation of remote work should start after the publication of the Green Paper on the future of work, which should be concluded by the end of 2020 but is not yet known.

On Tuesday, the issue will be discussed at a conference organised by the Portuguese presidency of the EU on the future of work, hosted by the minister of labour, solidarity and social security, Ana Mendes Godinho, and by the deputy secretary of state for labour and vocational training, Miguel Cabrita.

The conference will analyse the changes in the labour market in recent years, namely the new ways of working and organising working time, the conciliation between professional and personal life and the right to disconnect.

The opening session will be attended by the prime minister, António Costa, and the director-general of the International Labour Organisation (ILO), Guy Ryder, and the European commissioner for employment and social rights, Nicolas Schmit.