Czech MEP Dita Charanzova hit back against the European Commission---she is demanding that a draft telecoms bill include a measure to lower the price of phone calls between EU countries. So far, the Commission has objected to regulating the price of those calls. [European Parliament]

The European Parliament is holding its ground in a fight over its controversial proposal to lower the costs of phone calls between EU countries, one week before a make-or-break round of negotiations on a sweeping telecoms bill.

A new Parliament proposal that was circulated among negotiators on Friday (20 April) pushes back against the European Commission, which has so far rejected MEPs’ demand to regulate the price of calls between EU countries.

The new proposal, which EURACTIV has obtained, doubles down on the Parliament’s campaign to lower the price of calls. The text, which  was drafted by Czech Liberal MEP Dita Charanzova, clarifies that telecoms companies cannot charge rates that are higher than domestic calls—”unless it is justified by the difference in direct costs, including origination, transmission, and termination rates”.

Charanzova is in charge of negotiating consumer issues in the draft telecoms legislation. MEPs who are negotiating the bill on behalf of the Parliament’s other political groups still need to approve the proposal.

She told EURACTIV, “There is no updated position from the Parliament yet. I have made a compromise proposal to the other groups of this house because I want to reach an agreement. The ball is now in the Council’s court.”

Her proposal to regulate the cost of intra-EU calls has come up against criticism from the Commission and telecoms operators who argue that lower rates will cut into their business.

So far, the Commission has argued there is no need to regulate the price of international calls because consumers increasingly use digital apps like WhatsApp or Skype to call abroad at no cost.

Prices for calls between EU countries vary. Belgian contracts charge between 65 cents to €1.50 per minute for consumers, while Lithuanians pay up to 83 cents per minute, according to a 2016 study from consumer groups.

Charanzova’s text from Friday specifies that telecoms operators will not make losses even if they are forced to charge lower rates.

If companies do charge higher rates to cover technical costs for operating those calls, they will be required to “clearly disclose the additional charges in the end-user’s bill for the relevant billing period,” according to Charanzova’s proposal.

Earlier this month, the Commission circulated its own compromise proposal, and attempted to deflate the Parliament’s bid to lower the price of international calls. It suggested that telecoms operators would need to inform customers about the price of calls, but did not require lowering those rates.

Charanzova was outraged by the Commission’s suggestion and sent an email to other MEPs in the negotiations asking them to call off the 25 April meeting with the Commission and national diplomats in the Council of the EU, unless diplomats budge on the issue.

“Unless we receive some positive signals from the Council side on this topic in the coming days, I do not see the point of maintaining the trilogue that is foreseen on April 25th,” she wrote in the email.

Member states finally showed signs of moving towards MEPs’ demand to regulate intra-EU call rates during discussions to negotiate their version of the telecoms bill this week. But the Council agreement said that technical details on how call rates should be regulated will still need to be hammered out.

Bulgarian negotiators, who currently hold the rotating Council presidency and lead member states’ discussions, acknowledged that the Parliament “has clarified that it does not aim at free international calls or at depriving operators from recovering their costs,” according to the Council’s negotiating agreement from 19 April, which EURACTIV has obtained.

If the Commission agrees to Charanzova’s proposal, it will be a blow to telecoms companies that have fought back against measures to lower the price of calls within the EU.

But now that member states have agreed to regulating those rates, industry sources said they are worried that the Parliament might be more willing to compromise on other proposals from the Council in exchange.

This week, the Council changed its position on another controversial measure that outlines conditions allowing competing companies to pool investments together and build new telecoms networks, in exchange for lighter regulation.

Member states’ new compromise suggests that companies will get a break from regulators if they present “purchase commitments” for investing with their competitors. The deal will upset smaller telecoms operators that have argued that relaxed regulation only benefits their larger competitors.

One industry source said that an agreement on international call rates is “a relatively small price to pay” in exchange for less regulation of big companies. 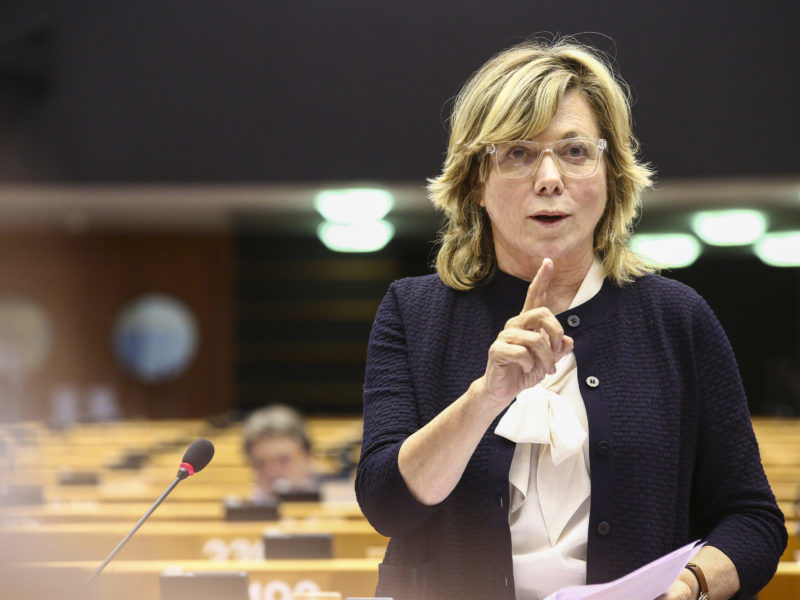