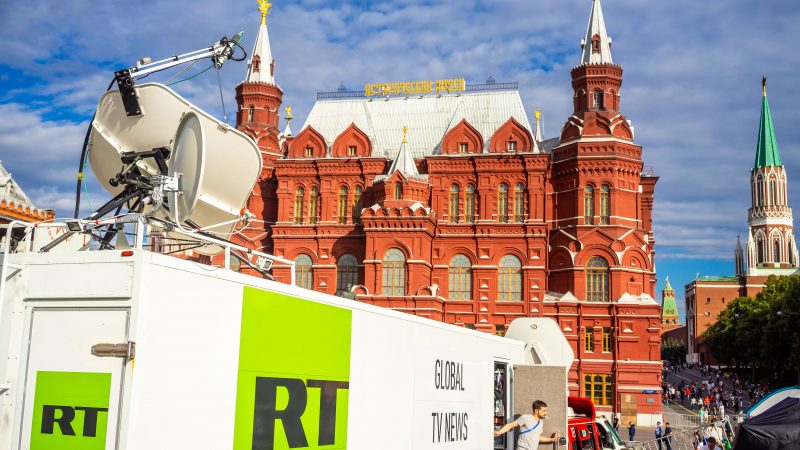 Meta, Facebook’s parent company, announced on Monday that it would restrict access to RT and Sputnik within the EU, following requests from the EU and a number of governments. [Shutterstock / fifg]

Following calls from the Ukrainian government, European lawmakers, and sanctions doled out by the EU, social media platforms including YouTube and Facebook have responded swiftly.

“Meta is stepping up to shut down Russian lies. When will YouTube?” Mykhailo Fedorov, Ukraine’s Deputy Prime Minister and Minister of Digital Transformation, asked on Twitter on Monday (28 February) evening. “We are calling on Google to deplatform Russian state media in the strongest possible terms.”

Hours later, Google announced that it would block the YouTube channels of Russia Today (RT) and Sputnik across Europe. 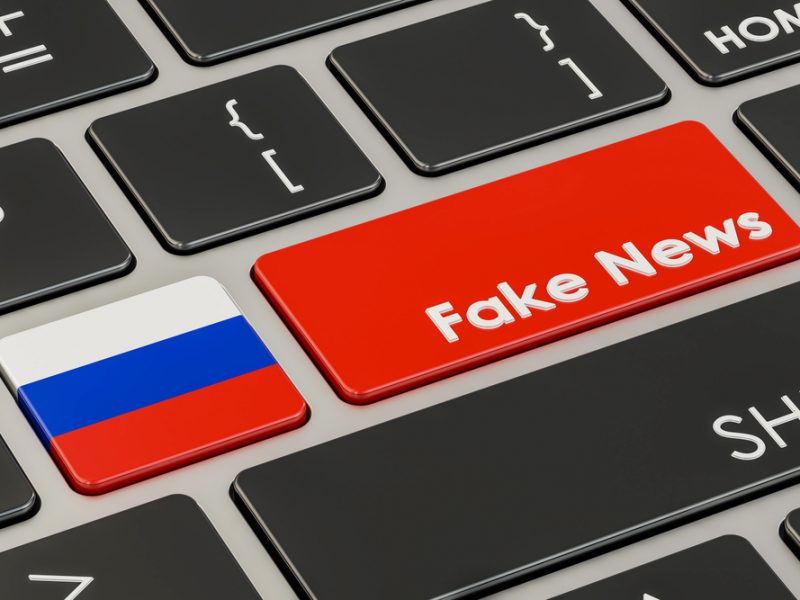 YouTube on Tuesday (1 March) blocked accounts connected to Russian state-controlled RT and Sputnik and removed thousands of videos following calls to curb the spread of pro-Kremlin propaganda on social media after Moscow’s invasion of Ukraine.

The tech giant’s announcement is the latest in a series of moves by online platforms to address the issue of disinformation surrounding the Russian invasion.

An EU official told EURACTIV the collaboration between online platforms and the European Commission was good and unprecedented compared to the Trump era.

Meta, Facebook’s parent company, said on Monday that it would restrict access to RT and Sputnik, both of which are state-controlled, within the bloc, following requests from the EU and several governments.

The company also said it has taken down a network of fake accounts posing as independent media outlets targeting Ukraine.

Also, on Monday, Twitter, which already flags state media outlets as such, began labelling tweets that include links to content from Russian state-affiliated media, of which there have been over 45,000 shared a day, according to Yoel Roth, the platform’s Head of Site Integrity.

However, the social network still does not go far enough in the eyes of the French government. “Putting little messages saying ‘this is a message sponsored by the Russian government’ when the Russian government is increasing its nuclear threat is ridiculous and indecent,” said Cedric O on French channel BFM TV on Tuesday.

Google’s ban will take immediate effect, but it will take time for the system to become fully effective.

Microsoft and TikTok have also announced similar measures. The digital giant said that RT and Sputnik content would no longer be visible on its MSN.com news portal, and their applications would be removed from the Windows App Store.

The mobile video-sharing app has made content from these pro-Russian media outlets unavailable, following a meeting on Monday with Cedric O, who urged the platforms to curb Russian “propaganda”.

Google’s move follows a Monday (28 February) evening meeting between Commission Vice-President for Values and Transparency Věra Jourová, Commissioner for the Internal Market Thierry Breton and the CEOs of YouTube and Google Susan Wojcicki and Sundar Pichai.

Under discussion were the steps that platforms could take to counter disinformation coming from Russian-state sponsored outlets and how they can comply with sanctions placed on Russia by the EU, US, UK, and others. The platforms agreed to keep adapting and updating their policies as the situation develops, Jourová’s office said in a statement.

“For too long, content from Russia Today and other Russian state media has been amplified by algorithms and proposed as “recommended content” to people who had never requested it”, said Breton. “War propaganda should never be recommended content – what is more, it should have no place on online platforms at all.”

Time of naive approach towards Kremlin’s propaganda is over.
As @vonderleyen said, we are working on tools to ban the Kremlin's media machine in 🇪🇺. While this work is ongoing, there is no time to waste, in 🇪🇺 and abroad. Online platforms need to be on the right side of history. https://t.co/PD1FVJNXb4

Google’s action also coincides with today’s launch of a proposal by the Commission to sanction the two outlets by banning operators in the EU from broadcasting or disseminating their content. The sanctions will also apply to the licences and distribution agreements of both.

This decision comes after European Commission President Ursula Von der Leyen pledged on Sunday (27 February) that the EU would ban both outlets from broadcasting throughout the bloc over their spread of “toxic and harmful disinformation in Europe”. 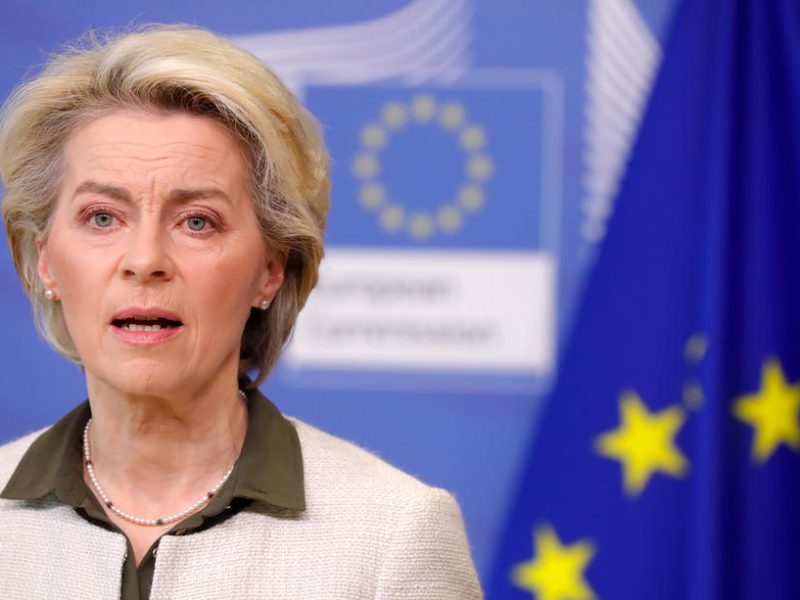 The European Commission is seeking the “best legal way” to ban pro-Russian media outlets RT and Sputnik to stop their “toxic and harmful disinformation in Europe” following Commission President Ursula von der Leyen’s pledge to ban them on Sunday (27 February).

RT has already been banned in several European countries and is facing a similar fate in others, with authorities in France and the UK looking at prohibiting its broadcasting. On Monday, British media regulator Ofcom launched 15 separate investigations into the Moscow-backed channel and its coverage of the crisis in Ukraine. 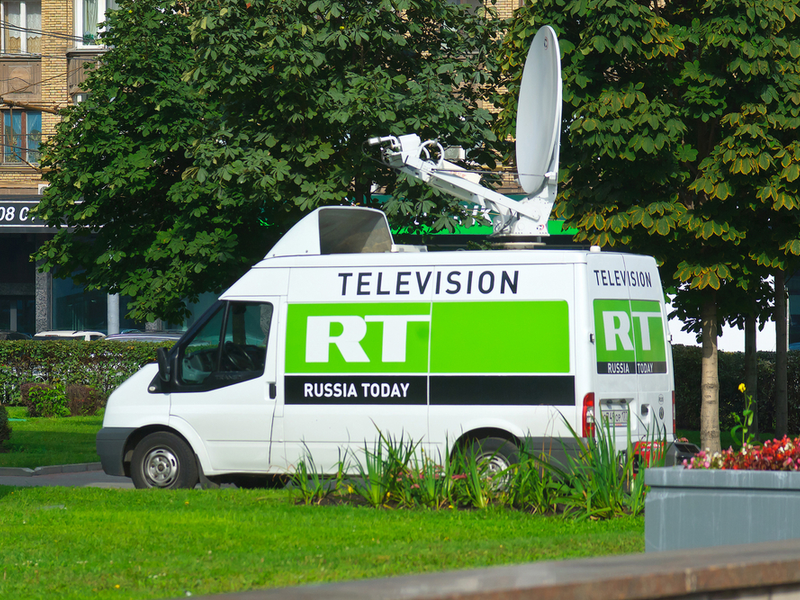 The Kremlin-backed TV channel Russia Today faces the prospect of being taken off the airwaves in the UK after the culture minister asked the media watchdog Ofcom to review the news channel’s broadcasts in the UK.