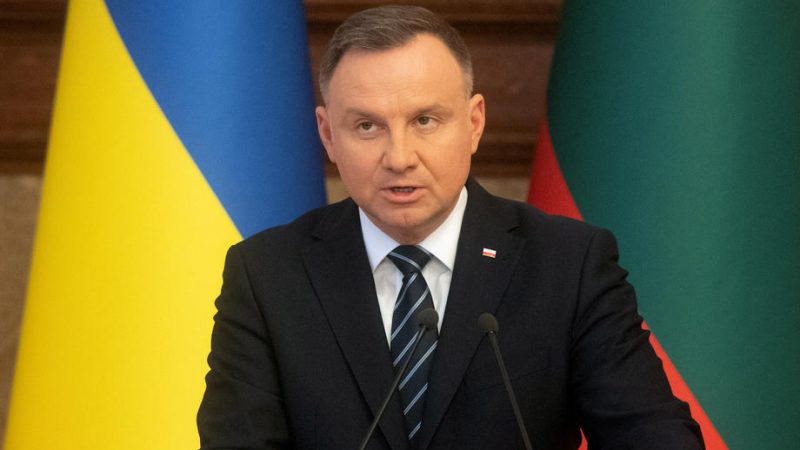 “I am vetoing it,” Duda said in a televised statement, following heavy criticism of the law from the European Union and the United States.

The law, which was adopted by parliament this month, would have prevented companies from outside the European Economic Area from holding a controlling stake in Polish media companies.

That would have forced US group Discovery to sell a majority stake in TVN, one of Poland’s biggest private TV networks, and its news channel TVN24.

The government had argued the law would protect Poland’s media landscape from potentially hostile actors such as Russia.

Duda said he agreed with this principle, but that it should not be made to apply to existing business arrangements and investment treaties.

“People I’ve been talking to are concerned about the situation. They had different arguments. They spoke about peace and quiet… How we don’t need another conflict, another problem. We have many problems already,” he said.

Duda is strongly supported by Poland’s ruling populist Law and Justice (PiS) party but has shown some differences with the party leadership in the past.

In 2017, he caused a storm by vetoing two judicial reforms that he believed gave too much power to the attorney general, who is also the justice minister.

The US charge d’affaires in Warsaw, Bix Aliu, had called on Duda to veto the bill, saying Washington was “extremely disappointed” by the legislation.

“We expect President Duda to act in accordance with previous statements to use his leadership to protect free speech and business,” Aliu said earlier.

Thousands of Poles protested earlier this month outside the presidential palace in Warsaw against the law, with many in the crowd waving EU flags and chanting “Free media!”.

Discovery had said the law “should alarm any enterprise investing in Poland and anyone who cares about democracy and freedom of the press”.

PiS already controls public television broadcaster TVP, which has become a government mouthpiece, and much of the regional press.

Since PiS was elected to power in 2015, Poland has dropped 46 places in Reporters Without Borders World Press Freedom Index to reach the 64th position.