Barbary apes are being put up for sale on websites in Poland. [Stephen Zopf/Flickr]

Primates and monkeys are being sold in the European Union through websites like eBay, a report has found.

As well as live animals, there is also a roaring trade in dead animals, especially ivory, but also bear and wolf skin.

A six-week investigation by the International Fund for Animal Welfare (IFAW) early this year found a total of 33,006 endangered wildlife and wildlife parts and products for sale on 280 online market places across 16 countries.

54% of the adverts worldwide were for live animals in the online sweep. The total cost of the advertised animals was US$10,708,137. 1,192 of the 9,482 advertisements investigated were reported to law enforcement.

The investigation targeted the sale of species listed on Appendix I and II of the Convention on International Trade in Endangered Species (CITES) which regulates and restricts the trade.

Many of the 280 online sites monitored either didn’t ask customers to demonstrate that their trade met with national laws, or else the provisos were hidden to the extent that customers simply wouldn’t be aware of them, IFAW said.

Ivory, or suspected ivory, made up more than 32% of all animals and products for sale worldwide, while reptiles came in a close second, at over 26%. More than 100,000 elephants had lost their lives to ivory poachers in the past three years. 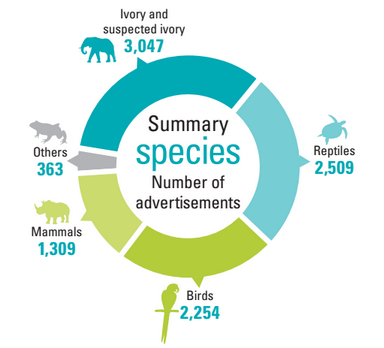 It called on new Environment Commissioner Karmenu Vella to deliver an EU Action Plan backed by his predecessor Janez Poto?nik.

The IFAW investigation focused on the “surface-web” namely open-source websites commonly referred to as online marketplaces, where products are freely available to the public. 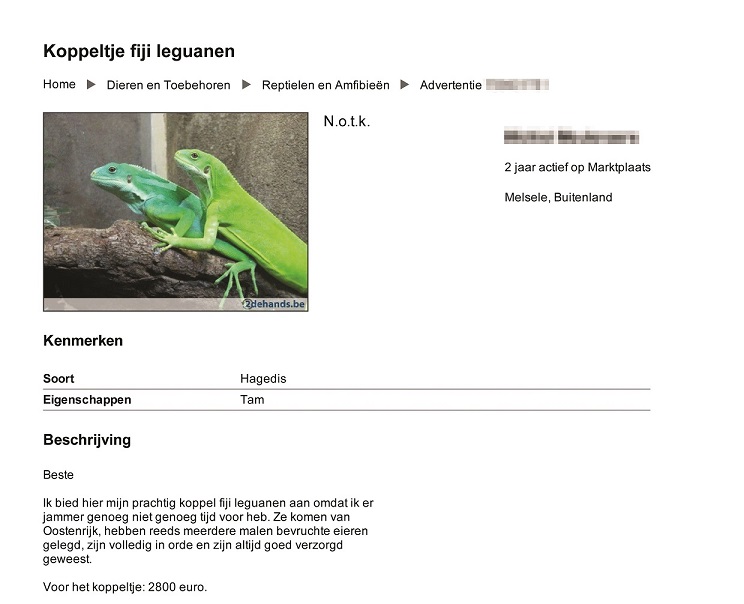 eBay has introduced tougher preventative measures on its site as a result of cooperation with IFAW and other organisations, and this year will take tougher sanctions against sellers who flout eBay’s policies on wildlife products.

Director Wolfgang Weber said, “eBay does not tolerate illegal wildlife trade on its site […] eBay policies regarding ivory are stricter than the law and generally prohibit all ivory products. eBay is committed to an ongoing programme of strict enforcement, working closely with IFAW as well as law enforcement.”

Worldwide, the illegal wildlife trade is not only a threat to wildlife but also to national and global security, and to social and economic development in the countries where it occurs, IFAW said.

Wildlife crime ranks among the most serious, dangerous and damaging of international crimes along with human trafficking, drug running and illegal arms sales. Illegal wildlife trade generates an estimated US$19-billion a year.

“Smugglers know that if they are caught, they are likely to get only a slap on the wrist. An EU Wildlife Trafficking Action Plan would increase penalties so they are an actual deterrent to smuggling wildlife.” 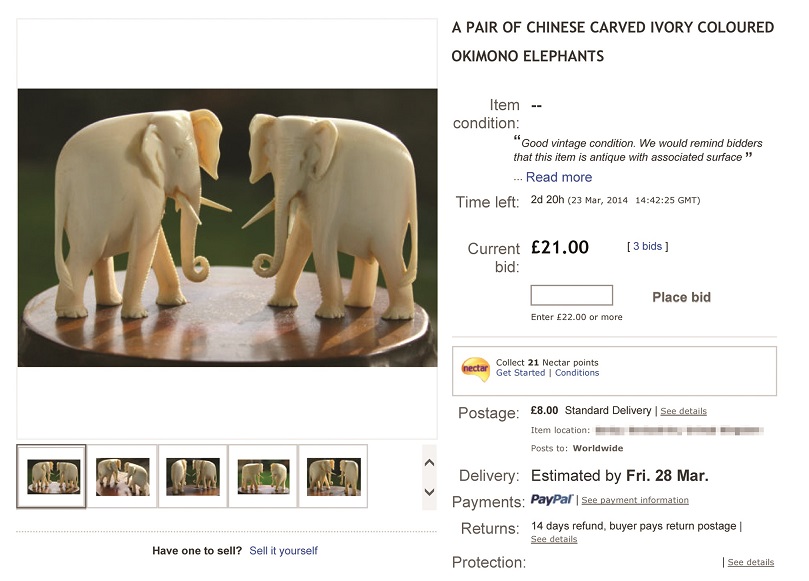 "The time for talking is over. Now that the new Commission is up and running and a stakeholder consultation has been carried out, there is absolutely no excuse anymore to wait with any longer with an European Action Plan to combat wildlife crime. The European Parliament already called for an action plan in January this year."

"The IFAW report once more confirms that the EU is an important factor in illegal wildlife trafficking. Commissioner Vella needs to take action now, before it's too late."

"This report shows that wildlife crime is not just a distant issue, it is happening right under our noses here in Europe.

"The EU can and must take action to stamp out this vile trade."