Privacy concerns set to grow with the digitalisation of education 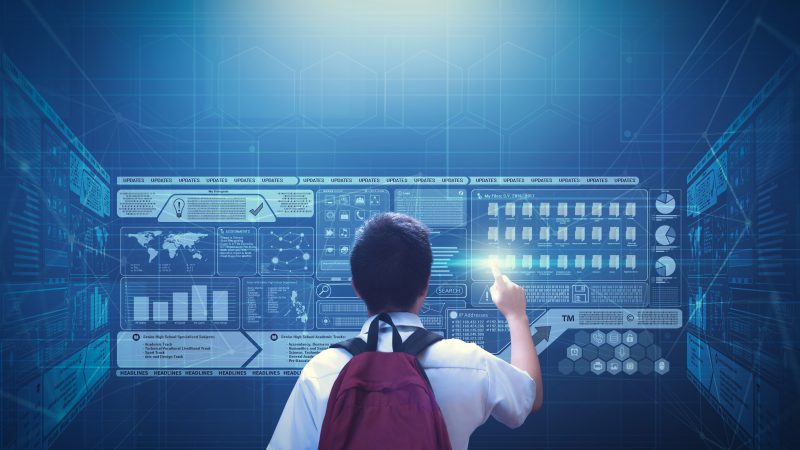 The edtech sector, which was already on the rise pre-COVID, has undergone a massive expansion since early 2020. [MarceloMayoPH / Shutterstock]

The COVID-19 pandemic has accelerated the digitalisation of education, which is set to continue as students return to school, but the safeguarding concerns it has raised also remain.

The digitalisation of the education sector has long been underway, with technology increasingly a core part of classroom teaching in recent years and artificial intelligence facilitating personalised learning both in schools and at home.

The pandemic supercharged these trends as remote learning became the norm for many, reshaping the education landscape. Although students and teachers are returning to in-person learning, much of this digitalisation looks set to remain in place into the future.

At the same time, the crisis has also exposed some of the issues that come with the increased use of educational technology (EdTech), including disparities between students in access to devices and connectivity, as well as concerns over the data protection safeguards that will be needed as AI collects an increasing amount of information about students and educators.

The pandemic has seen an unprecedented shift online in most areas of life and education has been no exception. As students around the globe have been forced to stay home, the use of digital alternatives to classroom teaching has soared for those who are able to access these technologies and the infrastructure to support them.

In terms of technology, “education has often lagged behind other sectors […] but in the last year, because of the pandemic, that’s changed and now it’s competing with the rest in terms of being near the most innovative”, Alex Blackburn, Head of Communications at CENTURY, a UK-based AI EdTech company, told EURACTIV.

“There has also been a more fundamental cultural shift in the way that schools approach technology and data in the last year”, he added. “Schools are now far more comfortable using data science and AI in their day-to-day running.”

Education of the future

Moving forward, Blackburn predicts exponential growth in education’s use of advanced tech like AI. Sector-wide, the list of EdTech’s potential applications is expanding, ranging from data-based grading to the creation of tailored curricula.

But the route to digitalisation isn’t straightforward. Susan Flocken, European Director at the European Trade Union Committee for Education (ETUCE), a federation of 11 million teachers, told EURACTIV that while the pandemic had been an opportunity for teachers to trial different systems of digital learning, “education is not like an assembly line.”

“What we’ll see in the future is a trend towards more ‘blended learning’, where you have online or digital learning combined with the classroom setting”, she said, noting the importance of direct interaction and connection between teachers and pupils, particularly for those students who have fallen behind or entirely out of education during the pandemic.

The pandemic has also exposed the pre-existing disparities within societies. Within the education sector, access to devices, home environments conducive to learning, and differences in connectivity have all emerged as factors that can drastically shape students’ educational opportunities.

The amount of data collected from the users of EdTech, including from young children, poses an additional concern.

In addition to, for example, building learning plans, data could become even more influential in determining grades, school admissions and teacher recruitment. Given the concerns raised over racial, gender and other biases potentially embedded in the algorithms steering these technologies across all sectors, however, this could have potentially far-reaching harmful consequences. 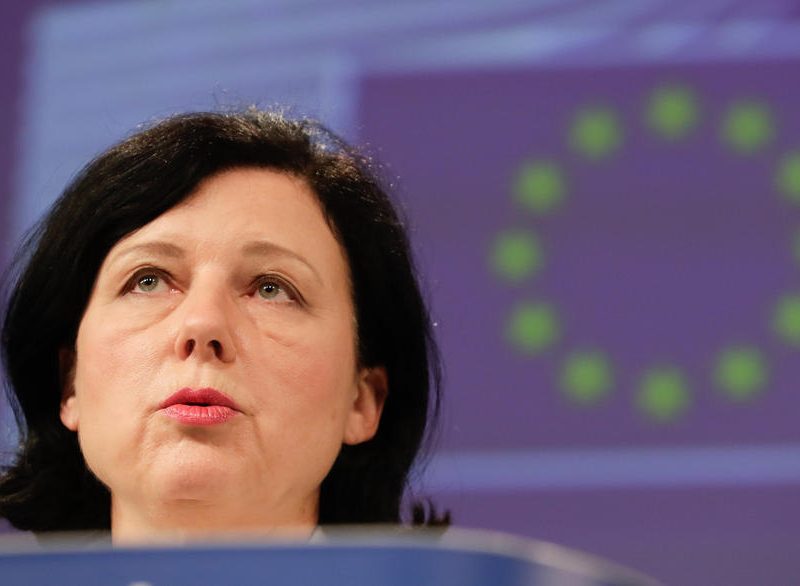 The EU should not ‘copy and paste’ everyday racial discrimination and bias into algorithms in artificial intelligence, the EU’s Vice-President for Values and Transparency Věra Jourová has said.

The European Commission’s draft Artificial Intelligence Act, released in April this year, classifies education and training as a “high-risk” system, meaning AI applied in this sector will be subject to specific trustworthiness requirements and additional procedures before they can be marketed.

In terms of ensuring data protection and the ethical use of AI, Blackburn said, “it comes down to having schools as part of your development process in terms of giving feedback and ensuring that models and algorithms are representative of the student population at large.”

Ioanna Noula, an education researcher at the London School of Economics and co-founder of digital responsibility organisation The Internet Commission, told EURACTIV that the ways in which data is collected by these technologies are largely unknown and unregulated, a problem that the pandemic has exposed at scale.

Rather than making the handling of this data the responsibility of individuals at tech companies or in schools, she said, “We need to see it on an institutional basis, to have responsible institutions with a duty of care.”

“We need spaces where we can rethink, assess and deploy technology in a beneficial and safe way for everyone”, she added.