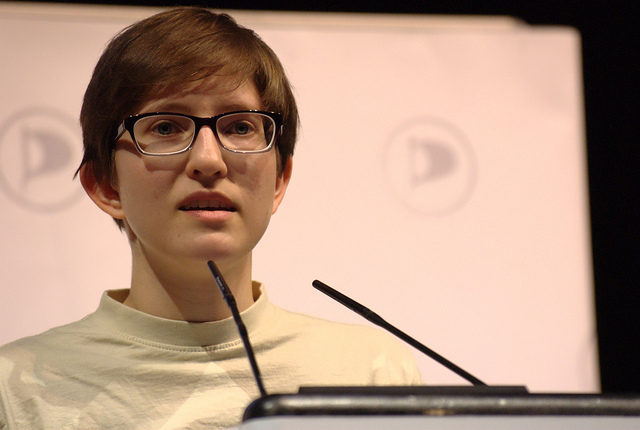 EU copyright rules need to be rebalanced to give internet users more rights as compared to creators and rights holders according to a draft European Parliament report published today (19 January).

The initiative – set to be proposed by Günther Oettinger, the Commissioner for Digital Economy and Society, forms part of the priority Digital Single Market strategy (see background).

Under current European rules (Directive 2001/29/EC on the harmonisation of certain aspects of copyright and related rights in the information society,) individual member states can lay down limitations and exceptions in their national legislation in order to define the appropriate balance between remunerating authors (including publishers) for their work, and exploiting the potential of content.

In practise, that means that online behaviour, including links to newspaper articles and blog posts, or web sites including footage embedded from existing on-line video material, can all be illegal under current interpretations.

EU member states adopt differing approaches to exceptions to copyright, making for a confusing mix offering little certainty to companies wishing to roll out pan-EU services. Instead, these are left to deal individually in each member state with relevant copyright collecting societies.

“We need a common European copyright that safeguards fundamental rights and makes it easier to offer innovative online services in the entire European Union,” Reda told journalists at a meeting in the Parliament to launch her report.

The report recommended “improving the negotiating position of authors and performers in relation to other rights-holders and intermediaries”.

Collective rights management organisations (or CMOs) active in the audiovisual sector, told an EU consultation on copyright reform last year that it would be impossible for them to offer multi-territory licences, unless a framework to remunerate audiovisual authors is established.

The report also said internet hyperlinks should not be subject to authorisation by the rights holders of that material, the overwhelming opinion of European consumers in the consultation.

Some authors and performers, by contrast, believe that authorisation should be required for embedded links within websites.

However a number of issues are yet to be added before the report is completed, including controversial ideas such as creating a copyright registration system at EU level, which represents another key user/author fault line in the debate, with the former in favour and the latter opposed.

Authors and performers are concerned about the quality of data that would be collected for the purposes of registration, and in general the additional registration costs that might be involved.

Collective management organisations (CMOs) generally believe that an EU registration system would be unnecessary, complex and an administrative burden.

Reda, a vice-president of the Greens/EFA group, also published a list of 86 copyright-related lobby meeting requests she received since her election last May, demonstrating wide interest in the issue and the variety of stakeholder opinions taken into account.

Many of the groups lobbying Reda represented CMOs and other intermediaries acting within each member states on behalf of rights holders.

The German society GEMA and French collecting societies remain resistant to reform of the sector, broadly backed by their respective governments.

Meanwhile, the UK – which last year passed a law that legalised private copying by individuals without any requirement for additional compensation to artists – favours reform, in common with others, such as the Netherlands.

The Pirate Party MEP is inviting comments by the public on her draft on a collaborative internet platform.

The report will now pass through the legal affairs committee (with a vote expected on April 16) before going to plenary.

Reda is one of a number of MEPs within a special advisory committee advising Oettinger on the reform proposal.

Jean-Claude Juncker announced last year (16 December) that the establishment of a Digital Single Market (DSM) would be one of the priorities in his first term as European Commission president.

“All areas of the economy and society are becoming digital. Europe needs to be at the forefront of this digital revolution for its citizens and its businesses. Barriers to digital are barriers to jobs, prosperity and progress,” Juncker said in laying out the EU executive’s work programme.