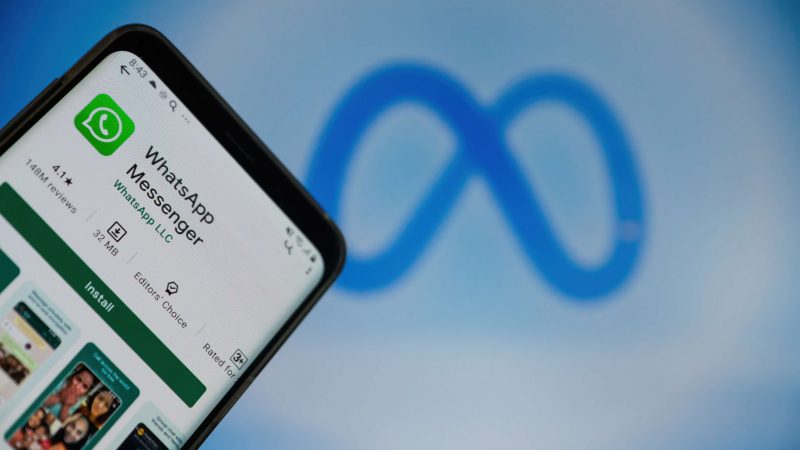 The U.S. company's lawyer, Victoria Shagina, had said in court earlier on Monday that Meta was not carrying out extremist activities and stood against Russophobia, the Interfax news agency reported.[Shutterstock / Stockmachine]

Updated as per original article.

A Moscow court on Monday found Meta Platforms Inc guilty of “extremist activity”, but said its decision would not affect the WhatsApp messenger service, focusing its ire on the company’s already banned Facebook and Instagram social networks.

Moscow’s Tverskoi District Court upheld a lawsuit filed by Russian state prosecutors on banning the activities of Meta on Russian territory, the court’s press service said in a statement.

The U.S. company’s lawyer, Victoria Shagina, had said in court earlier on Monday that Meta was not carrying out extremist activities and stood against Russophobia, the Interfax news agency reported.

TASS cited judge Olga Solopova as saying the decision would be enforced immediately.

It was not immediately clear whether Meta would appeal.

The court said the activities of Facebook and Instagram in Russia were banned “on the grounds of realising extremist activity”.

Russia has in the past designated groups such as the Taliban and Islamic State as “extremist” but later expanded this to the Jehovah’s Witnesses and jailed Kremlin critic Alexei Navalny’s Anti-Corruption Foundation.

Meta’s flagship platforms, Facebook and Instagram, are already banned in Russia and the court said WhatsApp would be unaffected by the ruling.

“The decision does not apply to the activities of Meta’s messenger WhatsApp, due to its lack of functionality for the public dissemination of information,” the court said.

Russia banned Facebook for restricting access to Russian media while Instagram was blocked after Meta said it would allow social media users in Ukraine to post messages urging violence against Russian President Vladimir Putin and troops Moscow sent into Ukraine on Feb. 24.

Russia calls the conflict in Ukraine a “special military operation” to disarm Ukraine and protect it from people it describes as dangerous nationalists.

Meta has since narrowed its guidance to prohibit calls for the death of a head of state and said its guidance should never be interpreted as condoning violence against Russians in general.

But the perceived threat to Russian citizens angered Russian authorities and led to the launch of a criminal case against the company.

It was not immediately clear how the WhatsApp messaging service would be able to continue operating, now that the court has put a stop to Meta’s commercial activities.

Analysis of mobile internet traffic on Monday showed that Telegram, popular in Russia for a long time, has overtaken WhatsApp to become the country’s most popular messaging tool in recent weeks.

The prosecution sought to allay fears that people who find ways around bans on Meta’s services may face criminal charges for liaising with an extremist group.

“Individuals will not be prosecuted simply for using Meta’s services,” TASS cited the prosecutor as saying in court.

But human rights lawyer Pavel Chikov said neither the court, nor the prosecutor could guarantee the safety of Facebook or Instagram users, warning that any public displays of Meta symbols – on websites, shop entrances, on business cards – could be grounds for administrative charges and up to 15 days in jail under Russian law.

“Buying adverts on both social networks or trading Meta’s shares may qualify as financing extremism activity – this is a criminal offence,” he wrote on Telegram.

Facebook last year had an estimated 7.5 million users and WhatsApp 67 million, according to researcher Insider Intelligence.

Way back for Meta?

Russia’s military operation in Ukraine has added fuel to a simmering dispute between foreign digital platforms and Moscow.

Access to Twitter has also been restricted and on Friday communications regulator Roskomnadzor demanded that Alphabet Inc’s Google stop spreading what it called threats against Russian citizens on its YouTube video-sharing platform.

Anton Gorelkin, a member of Russia’s State Duma committee on information and communications who has fiercely criticised foreign firms, while championing domestic alternatives, said the Russian market could be opened to Meta again, but only on Moscow’s terms.

“These are an immediate end to blocking Russian media, a return to the policy of neutrality and strict moderation of fakes and anti-Russian comments,” Gorelkin said on Telegram.

Another condition, Gorelkin said, was that Meta comply with a Russian law demanding that foreign companies with more than 500,000 daily users open representative offices in Russia.