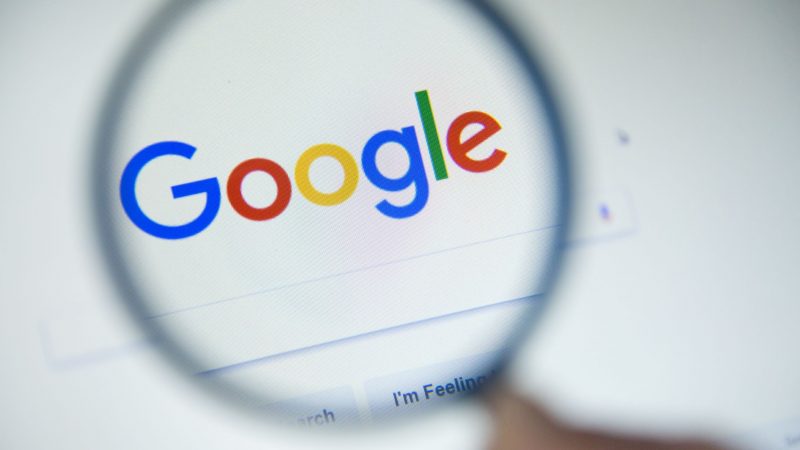 Google is estimated to count for over 90% of internet searches around the world. [pixinoo/Shutterstock]

DuckDuckGo, Qwant, Ecosia, and Lilo sent an open letter to EU lawmakers on Thursday (7 October), urging them to take action against their dominant rival Google in the upcoming legislative proposal on the Digital Markets Act (DMA).

While endorsing the objective of the proposed act, the search engines argue that “the DMA fails to address the most acute barrier in search: Google’s hoarding of default positions.”

According to its rivals, Google managed to reach its market position by becoming the default search engine for many applications, which they consider the ‘root cause’ of its market dominance.

The four tech companies also say that the landmark antitrust ruling against Google on its default settings is yet to bear results. The European Commission slapped a record fine of over €4 billion on Google in 2018 for unduly using Android to strengthen its dominance over the search engine market.

The EU executive also ordered Google to ensure a level playing field for rivals, which forced them to give consumers the option of competing search engines on Android devices in Europe.

However, the joint letter said that the users are asked to choose their default search engine only once and in a format that they consider is favourable to Google.

The search engines stressed that the decision does not apply to the desktop version of the popular web browser Chrome, which is also Google-owned, and does not apply to all current or future search access points on Android.

As a result, they consider that “despite recent changes, we do not believe it [the Android decision] will move market share significantly due to its persisting limitations.”

The joint letter expresses support for requirements on a “properly-designed preference menu”, a provision advanced by MEP Yon-Courtin in her DMA opinion for the parliamentary committee on economic affairs (ECON).

“The DMA should enshrine in law a requirement for a search engine preference menu that would effectively ban Google from acquiring default search access points of the operating systems and the browsers of gatekeepers,” the letter reads.

“These actions would finally lead to significant implications for competition in the search engine market and ensure there is real consumer choice online,” the letter concludes.

The DMA is currently undergoing the co-legislative procedure, and it is expected to come into force in 2023.