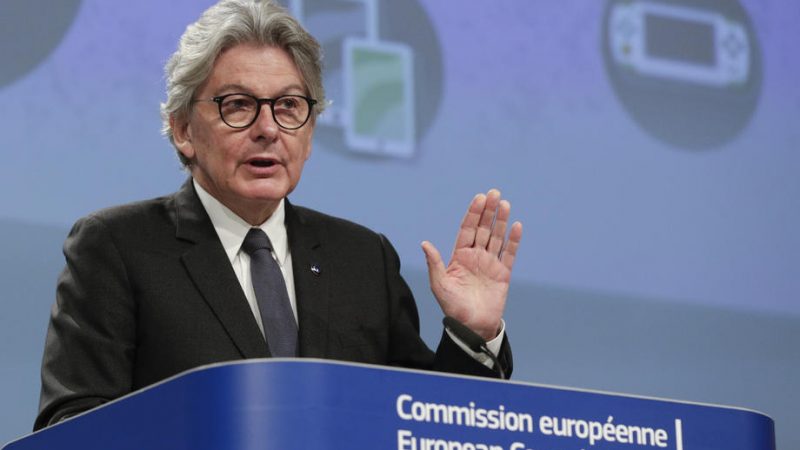 The COVID pandemic has brought home the reality of the need for Europe to strengthen its industrial and technological base, write Raül Blanco and Maria Trallero. [OLIVIER HOSLET/EPA]

During a visit to Silicon Saxony, where most of Germany’s chip production facilities are located, Internal Market Commissioner Thierry Breton said the Saxony region will be one of the epicentres of the EU’s bid to bring the production of leading-edge semiconductors back to Europe.

In its ambitious plan to foster production capacities of leading-edge chips, Breton met with leading representatives of the German semiconductor industry on Friday (November 12) to discuss the upcoming Chips Act.

“Saxony is one of the regions which will undoubtedly become one of the main and most advanced industrial and technological semiconductor European centres,” Breton said, adding that what will be done in the region is “extremely important for Europe’s place on the world stage.”

The EU Chips Act, first announced by Commission President Ursula von der Leyen during her state of the union speech, aims at establishing the EU as one of the main players in semiconductor production and to claim technological and industrial leadership.

To ensure that semiconductor producers invest in Europe, “the Chips Act is an urgently necessary step,” Yvonne Keil, chairwoman of the association Silicon Saxony, said in a statement.

According to Keil, the situation has never been better to win back market shares in the global race for chip production and to reduce dependencies.

According to a study by the consulting firm Kearney, Europe’s share dropped from 25% in 2000 to 8% today.

When it comes to leading-edge semiconductor technology, the numbers are even more concerning. While Europe held a market share of 19% in 2000, it dropped to zero today.

The EU is especially eager to reverse this trend and to foster the production capacity of leading-edge ships, below 10 nanometres in the bloc.

“Believing we could be satisfied with the partial control of such a strategic supply chain in the making is naïve,” Breton said. In an era of the geopolitics of technology, he added, global segmentation is not an option.

According to Johan Aurik, one of the authors of the Kearney report, it is “absolutely feasible” for Europe to catch up. However, he also stressed that Europe would have to act now. “We cannot afford another 10 years of debate,” he said while presenting the report on Wednesday (November 10).

According to the report, investments in cutting-edge chips would bear great economic potential for the EU.

Europe’s demand for cutting edge chips is expected to grow from currently 19% to around 43% by 2030.

Furthermore, leading-edge chips fabs create more than twice the initial investment in economic impact, according to the report. 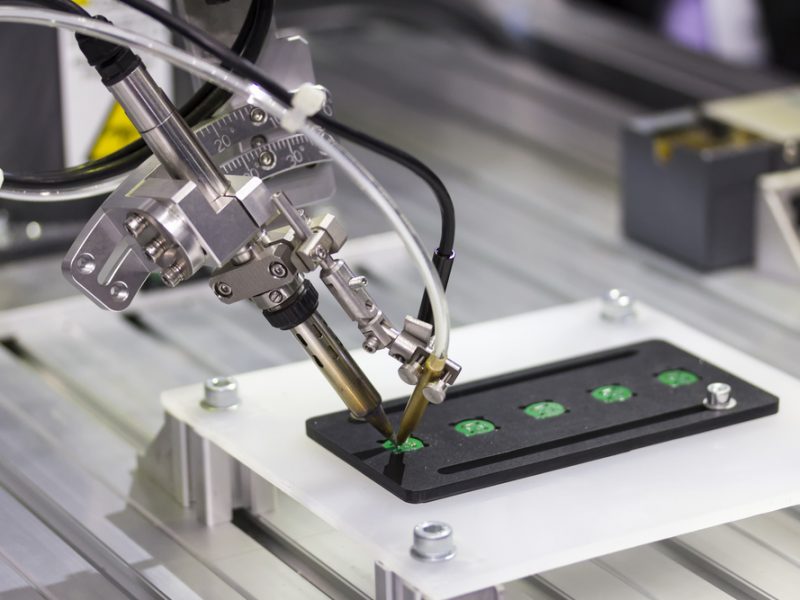 There are serious hurdles that remain if Europe wants to gain a foothold in cutting-edge semiconductor production.

While the leading semiconductor companies – like Intel, Samsung or TSMC – announced plans to invest more than €300 billion in chip production sides across the globe, Europe faces some obstacles in getting their piece of the cake.

According to Commissioner Margrethe Vestager, the EU would need between €240 and €330 billion to cover all domestic demand through a self-sufficient supply chain.

Operating a new leading-edge fabrication plant in the EU is 30% more expensive than in South Korea, and 40% more expensive when compared to Taiwan, both global leaders in chips production, according to the report by Kearney.

Furthermore, the globe is currently on the verge of a subsidy race, with the US announcing to pledge around €45 billion of public investment in semiconductors in July. South Korea is not waiting either and expects a total investment of almost €400 billion.

In a speech on Friday, Competition Commissioner Margrethe Vestager warned that “we need to avoid a subsidy race that leaves everyone worse off,” as it would be tempting for companies to attempt to play out governments against each other.