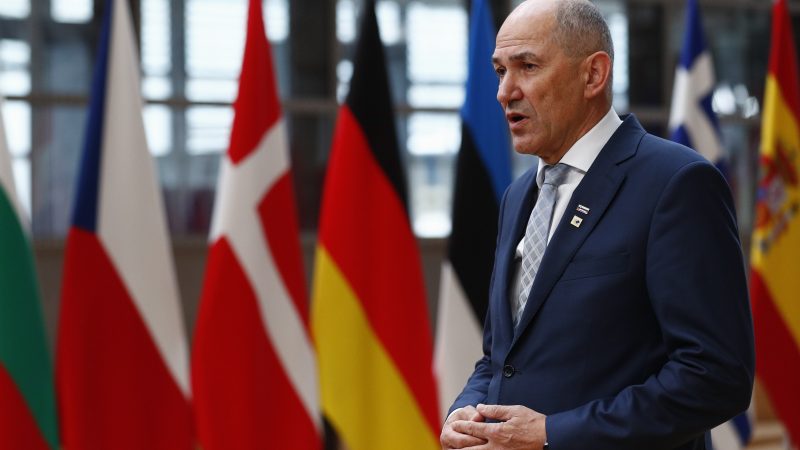 Prime Minister Janša's tweet followed the publication of a Council of Europe memorandum outlining the “striking deterioration” of media freedom and freedom of expression in Slovenia.[EPA-EFE/JOHANNA GERON / POOL]

Janša took to Twitter on Sunday (6 June) to disparage the Council of Europe (CoE) Commissioner for Human Rights, Dunja Mijatovic. The verbal attack followed the publication of the CoE memorandum on 4 June.

Unfortunately, @Dunja_Mijatovic is part of #fakenews network. Well paid by our money. https://t.co/uFangFwSjm

Since Janša took office in March 2020, he has often directly pushed back against criticism of his government from both the media and international institutions.

In February, the EU condemned tweets by Janša accusing a Politico reporter of bias in an article on media deterioration in Slovenia and subsequently attacking others who defended the journalist. 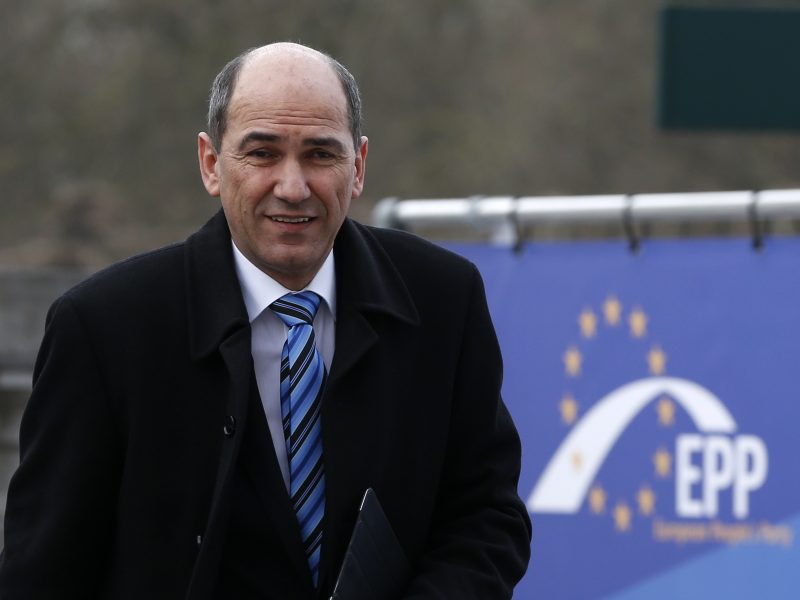 Brussels on Thursday (18 February) condemned Slovenia’s prime minister for online personal attacks against journalists reporting on the deterioration of rule of law in his country, which will take on the rotating EU presidency in July.

The CoE memorandum detailed growing restrictions on critical voices and civil society, as well as an increasingly hostile environment for journalists and concerns over political influence in the media system.

It noted that the environment in which journalists are having to work is “markedly more toxic and hostile”, particularly for female journalists, and that a contributing factor to this is the “flawed attitude of some members of government towards the press.”

A key part of this hostile environment is precisely the online targeting of journalists by government officials, including the prime minister, who is described as having “constantly undermined journalists’ credibility…through social media, in particular Twitter, accusing them of lying, and using offensive hashtags such as #fakenews and #presstitutes.”

Dr Marko Milosavljević, professor of journalism studies at the University of Ljubljana, told EURACTIV that the attacks on journalists by Janša and other cabinet members are grounded in “an animosity or hatred towards journalism and journalists as a whole concept.”

“We see a systematic approach trying to discredit the main news outlets not just from Slovenia but worldwide, and it is a sign of a general hatred towards media, which is usually, and should be, independent and critical,” Milosavljević added.

The memorandum also calls for increased transparency in the funding and ownership of media outlets, along with the decriminalisation of defamation and legislation to prevent the use of strategic lawsuits against public participation (SLAPPs), designed to silence journalists and civil society actors, or lead to their self-censorship to avoid long and expensive trials.

It also pays particular attention to the state of STA, Slovenia’s national press agency, and other public service media. The government halted funding of STA in December 2020, arguing that it had not submitted the correct documentation.

Despite a pledge to resume payments in January 2021, after pressure from Brussels, no funding has been received by STA since February, the memorandum noted.

In response to the memorandum, the Slovenian authorities released a document refuting the points made by the Commissioner. They denied any political interference in media freedom and argued that the right to freedom of expression also entitles government officials to express their criticism.

The Slovenian Embassy to the EU declined to comment on the matter.

Janša’s use of Twitter has not just been targeted at journalists. In June 2020, he used it to accuse the European Commissioner for Economy, Paolo Gentiloni, of playing “a political game for the Slovenian left”, after being asked to explain the sudden dismissal of the director of Slovenias Statistical Office.

All this comes ahead of Slovenia’s six-month stint as the helm of the EU Council in July. The last time it held the Council presidency was in 2008, when Janša was also prime minister. The same concerns over media freedom were present then, Milosavljević said.

That year, a petition signed by 571 journalists was submitted to the European Parliament accusing Janša of censorship. The relationship between the media and government, Milosavljević said, is “really dramatically, drastically different any time Janez Janša becomes prime minister.”

“I find it very paradoxical that Slovenia is now chairing the Council of the European Union while it at the same time has shown really open disrespect for all its institutions, but not just institutions as institutions – a lot of those attacks were really personal,” he said.