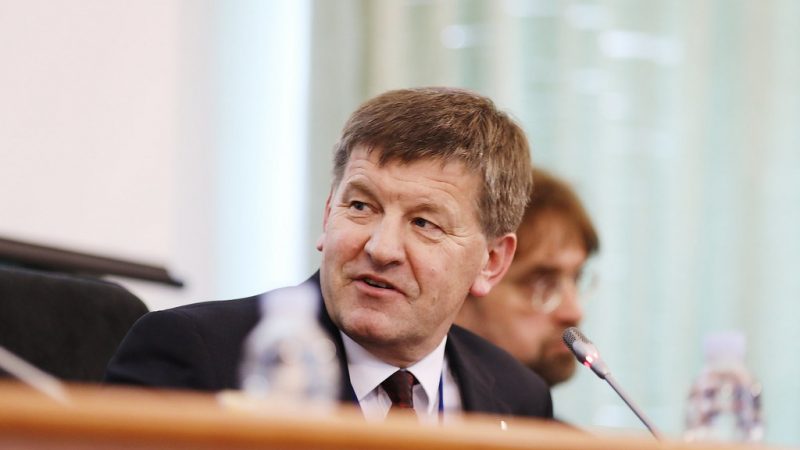 “Everybody in Europe speaks about external migration, but Europe has a real issue with internal migration,” he said, adding that trends over recent years have seen young people from Europe’s east migrating to northwestern parts of Europe, at an unsustainable rate, leaving local communities devoid of skilled workforces.

“With regards to European cohesion, this is a big problem. With young people leaving in their droves in countries like Croatia and my own, Slovenia, this can lead to a lack of confidence in the future strength of the economy as well as potentially opening the door to radicalisation,” Bogovič said.

One European country that has really suffered from rural depopulation is Serbia. Regardless of the fact that Serbia is not in the EU, the trend of young people leaving rural areas in order to move to more modernised economies in Europe’s northwest is indicative of the trend happening across the bloc, Bogovič believes.

A September analysis conducted by Professor Sasa Randjelovic from the Belgrade Faculty of Economics, based on IMF figures, predicted that the country’s population could decline by up to a million by 2050, and the country’s labour force could fall by around 900,000.

A way of encouraging people to remain in their countries of origin inside the EU, Bogovič believes, is to make sure that citizens all across Europe have access to the same high-tech infrastructure that is on offer in more developed northern European states.

Bogovič believes that communities in less-developed parts of Europe should be able to benefit from the enhancement of logistical and communicative networks by way of the application of digital technologies, in what is dubbed ‘smart villages’.

One area of importance which should not be overlooked in the future digital transformation of rural communities, Bogovič believes, is ensuring that the patchy nature of Europe’s broadband coverage is drastically improved.

As part of its Europe 2020 strategy, in 2010, the EU set out a series of broadband targets, including the objective of providing by 2020 all Europeans with a broadband connection of over 30Mbps.

However, towards the end of last year, the European Court of Auditors (ECA) intervened in the pursuance of these objectives, citing the difficulties of rolling out fast broadband coverage across remote areas of the Union.

“Rural areas,” the ECA report wrote, “where there is less incentive for the private sector to invest in broadband provision, remain less well connected than cities, and take-up of ultra-fast broadband is significantly behind target.”

“The most important thing is to cover these areas with quality broadband, and then prepare business models which use this technology in different sectors,” Bogovič said, adding that agriculture precision farming would be one specific sector which rural communities could benefit from, given a wide disparity in coverage rates between metropolitan and rural areas of Europe.

Figures from the European Network for Rural Development state that, on average, connectivity in rural areas is approximately half (47%) of that across the rest of the EU.

Precision farming uses information technology systems such as GPS, drones, sensors and autonomous vehicles, among other technologies, to optimise and automatise agricultural processes.

Broadband coverage is required for these networked technologies to function properly, and many also believe that 5G connectivity is necessary to make the most out of precision agriculture.

A 2016 scientific study conducted by the European Parliament’s Research Service found that “EU support would be most needed in the coming decade for the building of 5G infrastructure for European farmers.”

However, due to lower population densities of communities in rural areas, telecommunications firms are reluctant to invest heavily without the support of EU structural funds. The report goes on to state that there is a “clear case” for public financial backing, and that 5G coverage could be ‘crucial’ for the development of next-generation agricultural technologies.

“EU agriculture needs better performing broadband service, coverage and latency,” the report concludes. “5G technology could also greatly contribute to improving the positioning accuracy and farms’ connectivity. It is a key enabler of a performing and sustainable agriculture.”

However, for the technology alone to achieve its potential, Bogovič believes that bridging Europe’s digital skills gap must also be taken into account when investing heavily in next-generation technologies.

A Commission declaration earlier this year, presented to the EU’s Special Committee on Agriculture, an offshoot of the Agriculture and Fisheries Council, found that the “lack of a digitally skilled workforce is also slowing down the modernisation” of the farming sector. It said that there is a knowledge gap in the usefulness of existing technologies in agriculture as well as a deficiency in digital skills in the farming world.

For Bogovič, the fact that Europe lacks young farmers may negatively impact the uptake of digital skills, EU figures show that only one in ten EU farm managers (11 %) were under the age of 40 in 2016.

“It’s important that we work more with young farmers, that we find out more about certain individuals who could be ambassadors of next-generation farming,” he said. “We need people who are willing to take the traditions of the past and take them into the smart villages of the 21st century.”