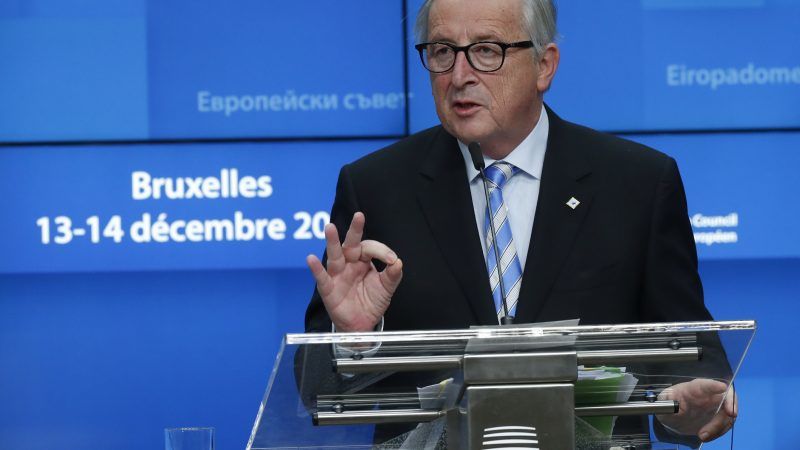 European Commission President Jean-Claude Juncker speaks at a news conference at the end of the summit of EU leader in Brussels, Belgium, 14 December 2018. [EPA-EFE/OLIVIER HOSLET]

“Fake news is not only to be found in the camp of the fake newsers,” Juncker said.

“I made it very clear to the European Council that some of the Prime Ministers sitting around there, they are the origin of fake news.”

Juncker went on to directly address Orbán, accusing him of disseminating false information as to his role in the UK’s decision to withdraw from the European Union.

“Let’s not put all the responsibility on others,” he added.

Juncker’s comments came as EU leaders adopted an agreement on how to best tackle fake news, after the Council had put pressure on the EU executive to devise an action plan in this area, earlier in the year.

According to the Council conclusions, published on Friday, leaders recognize that fake news is an “acute and strategic challenge” for democracies, and that disinformation “requires an urgent response that needs to be sustained over time.”

EU heads of state also called for a swift implementation of the Commission’s Action Plan on Disinformation, particularly important in the EU’s quest to secure “free and fair European and national elections.”

The Commission’s Action Plan, which was released at the beginning of December, included a commitment to double the EU’s budget to tackle disinformation from €1.9 million in 2018 to €5 million in 2019.

However, this outlay, allocated to the European External Action Service’s disinformation task force, is dwarfed by the expenditure put aside by the Russian authorities to finance disinformation campaigns.

“€5 million is not enough,” Commission Vice-President Andrus Ansip said, responding to questions from reporters when announcing the plans on 5 December.

“We know that the Russians are investing huge amounts of money to support this pro-Kremlin propaganda.”

However, the EU’s concentration on Russia may result in a blind spot to fake news emanating from within the bloc, as Juncker drew attention to on Friday.

In September, the Italian state broadcaster, Rai, appointed a Eurosceptic journalist with a history of publicising fake news as its new president.

Marcello Foa was awarded the role after a joint nomination from the ruling 5-Star movement and Lega parties. He is said to hold discriminatory views across a breadth of areas, including homosexual and immigrant rights and is a frequent contributor on Kremlin-backed RT news channel.

He has built up a representation in Italy as a proponent of disinformation after several high profile tweets about Hillary Clinton’s “satanic dinners” in addition to Alex Jones’ InfoWars content. Jones has since been blocked by most major social networks, the most recent of which was Twitter who claimed that Jones violated its “abusive behaviour” guidelines.

The Commission’s Action Plan also illustrates the importance of ensuring that digital platforms abide by the commitments laid out in the code of practice against disinformation, a self-regulatory framework contrived by the Commission and a group of tech giants to combat fake news online. 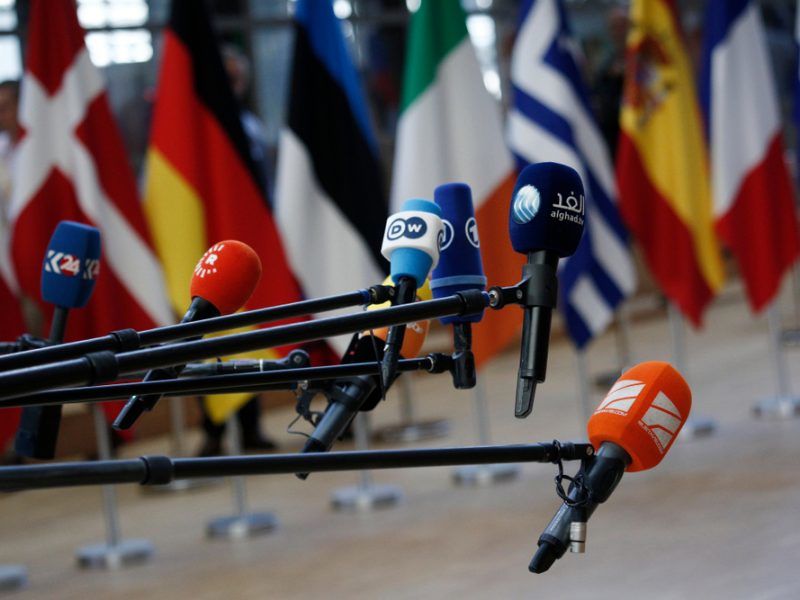 First announced in April, the code covers five elements in the moderation of fake news online:

However, due to the fact that the code represents a voluntary commitment on behalf of signatories, which include Facebook, Google and Twitter, some have criticized the measures as insufficient in suppressing the spread of fake news online.

In September, EURACTIV pressed the Commissioner for the Digital Economy and Society, Mariya Gabriel on whether the Commission would consider escalating the code from a voluntary mechanism to a regulation if it were proven that the tech giants haven’t pulled their weight in respect of compliance with the code.

“Any [future] proposal of legislation will be presented while fully taking into account the facts, so we will need this prior assessment, and if we do make a proposal, we will make it at a European level,” she said in response.

“But we do not want to anticipate things. We want to take things step by step.”

2 responses to “Some EU leaders are the ‘origin of fake news’, says Juncker”