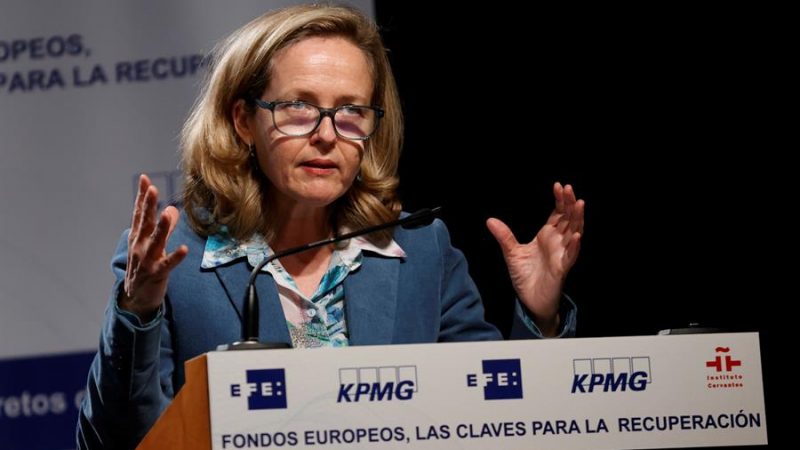 A third of Spain's €140 billion EU Recovery Fund money will go towards digitalisation, which goes well above the 20% minimum ceiling recommended by the EU.  [EFE/ Chema Moya POOL]

The Spanish executive plans to release its new “Digital Spain 2025” strategic plan this summer, the minister told an event organised at EFE’s headquarters in Madrid on Wednesday (17 February).

The main target is to give a boost in competitiveness and transform Spain into a “worldwide” privileged platform for the sector, Calviño said at the event.

The government wants to make Spain a leading international platform for attracting production, business, and investment in the multimedia and audiovisual sectors.

This plan will be added to the other six already published by the government with regards to digitalisation, including one on SMEs, the public administration, digital skills (training), promoting 5G networks nationwide, and a National Artificial Intelligence Strategy.

Calviño highlighted the importance of digitalisation, which is one of the “main axes” for Spain’s economic relaunch after the COVID-19 pandemic.

A third of Spain’s €140 billion EU Recovery Fund money will go towards digitalisation, which goes well above the 20% minimum ceiling recommended by the EU.

Between 2021 and 2023, €20 billion worth of public investments will be poured into digitalisation, Calviño said, adding that investments in digitalisation are a “permanent” element among the 30 components of Spain’s recovery plan.

Moreover, Spain’s general budget for 2021 provides for an allocation of more than €3.7 billion for the implementation of its 2025 Digital Agenda, which is a six-fold increase compared to previous budgets.

According to Calviño, Spain’s 2025 Digital Agenda is “among the most ambitious in the EU”. 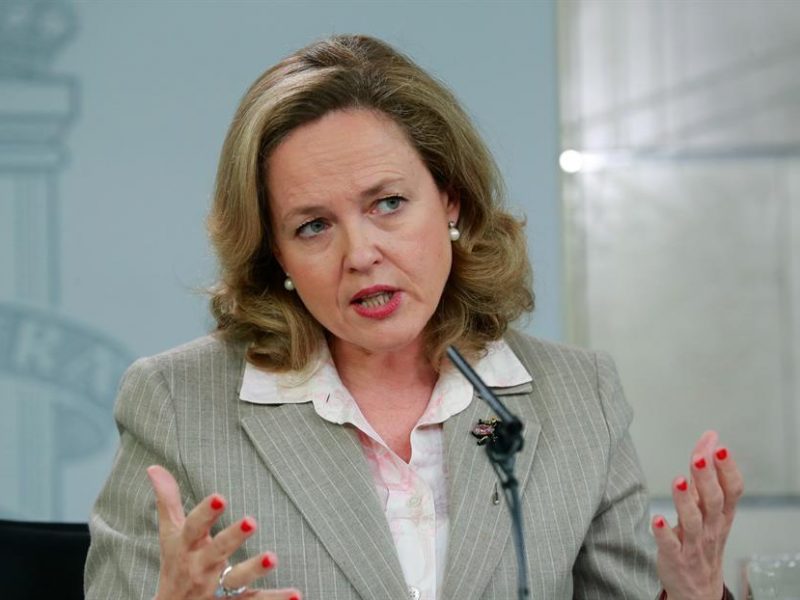