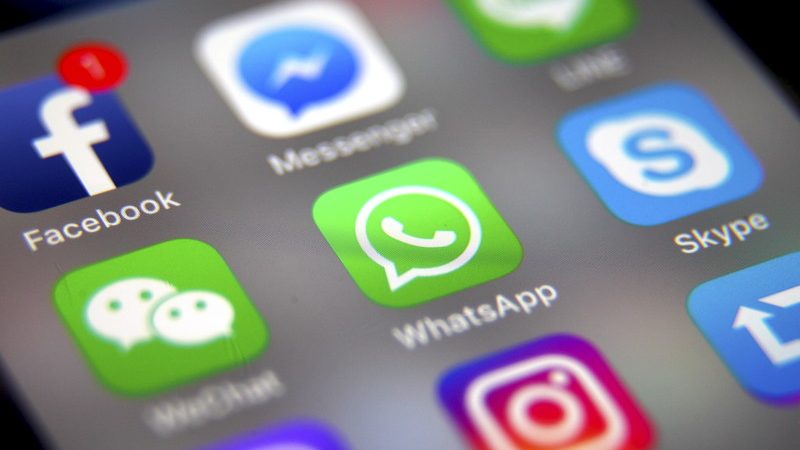 The logo of the messaging application WhatsApp (C) is pictured on a smartphone screen. [EPA-EFE/RITCHIE B. TONGO]

Spain’s plans to tax tech companies’ revenues does not discriminate against any country, a government source told Reuters on Tuesday (2 June) after the United States opened a probe into such taxes or proposals by its various trading partners.

The announcement of the U.S. “Section 301” investigation that could lead to punitive tariffs came just two days before the Spanish parliament was due to debate a proposal to tax revenues booked locally by tech giants such as Facebook, Alphabet Inc’s Google and Amazon.

The tax would be based on objective criteria and would be adapted to fit within any framework agreement reached by the Organisation for Economic Cooperation and Development (OECD), said the source, adding that the government followed the proposals by the European Commission.

U.S. Trade Representative Robert Lighthizer said in a statement earlier on Tuesday that President Donald Trump was concerned that such tax schemes were “designed to unfairly target our companies” and amounted to discrimination.

After sending the bill to parliament in February, the Spanish government downplayed the potential for retaliation, describing Spain’s relationship with the United States as “fluid”.

Introducing the 3% levy, which would generate around 1 billion euros a year for state coffers, is a long-held ambition of the left-wing coalition government led by Pedro Sanchez.

OECD member countries are negotiating the first major rewriting of tax rules in more than a generation to take better account of the rise of big tech companies that often book profit in low-tax countries.

Last month France said it would tax big digital businesses this year whether there is progress or not towards an international deal on a levy.