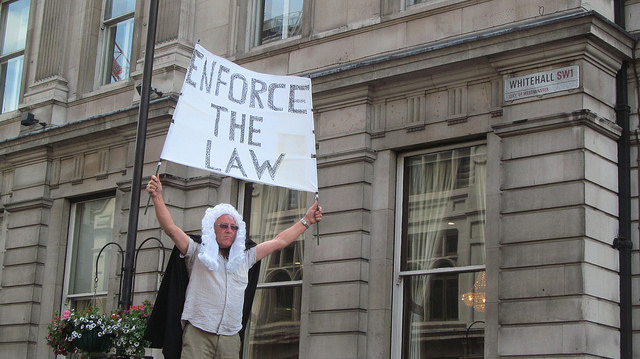 A Spanish judge has asked Europe’s top court if online taxi-hailing app Uber is a “mere transport service” or a digital service, as the US start-up claims, in a case that could set a precedent for legal battles across the continent.

A judge in Barcelona has referred a case brought by the city’s main taxi operator against Uber towards the end of last year to the European Court of Justice (ECJ) in Luxembourg, an Uber executive said on Monday (20 July).

“Today’s news means that the European Court of Justice will now determine if the national rules currently being applied to digital services like Uber are legal and appropriate under European law,” said Mark MacGann, Uber’s head of public policy for EMEA, on a conference call with journalists.

Since Uber launched in Europe in 2011, it has encountered fierce opposition from regular taxi services which complain it competes unfairly by bypassing local laws on licensing and safety.

To date, Uber, the world’s most valuable venture-backed start-up with a valuation of $40 billion, has been hit with court injunctions in Belgium, France, Germany, the Netherlands and Spain.

MacGann said he expected to have a decision from the ECJ by autumn next year.

The Barcelona judge asked the Luxembourg court to rule on whether Uber, which claims it is an online intermediary linking willing drivers to passengers, is a “mere transport activity” or “an electronic intermediation or information society service.”

Being declared a “mere transport service” could leave Uber subject to stricter rules on licensing, insurance and safety. As a society service it could enjoy certain protections under EU rules.

The ECJ was also asked to rule on whether the restriction placed by Spain on Uber are lawful given that Uber is registered in the Netherlands, another EU country.

Uber has already filed complaints with the European Commission in Brussels against a new French law which it says favours local taxis, and against the German and Spanish court bans.