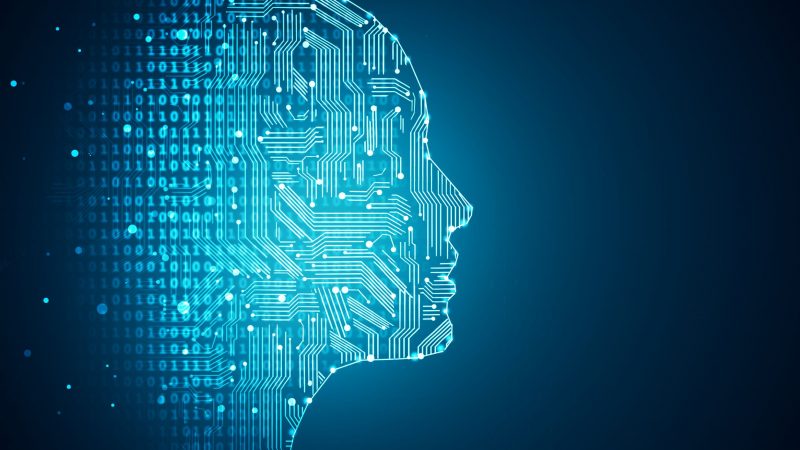 The Artificial Intelligence Act (AIA) is an EU legislative proposal aimed to regulate AI applications based on their risks. [Shutterstock]

The assessment by the Centre for Data Innovation looked into the administrative costs of the Artificial Intelligence Act (AIA), a horizontal EU regulation to introduce increasing obligations based on the level of risk associated with the application of the groundbreaking technology.

The study author stresses the administrative burden the new legislation is expected to create, which they say will disincentivise innovation and technology uptake.

“The Commission has repeatedly asserted that the draft AI legislation will support growth and innovation in Europe’s digital economy, but a realistic economic analysis suggests that argument is disingenuous at best,” said senior policy analyst and report author Ben Mueller.

For Mueller, the Commission proposal conflicts with the Digital Decade target of having 75% of European companies using AI by 2030. That goal would require roughly 10 times the level of current investment in the technology, yet the study author says compliance costs would eat up just under 20% of those investments.

“The study confirms our concerns that ambitious European start-ups and small developers of AI solutions will be hit by the next wave of rigid and ambiguous EU rules, which, like the GDPR, will put them at disadvantage compared to [very] large companies,” Karina Stan, Director of EU policy at the Developers Alliance told EURACTIV.

A Commission spokesperson told EURACTIV they consider the report to be ‘flawed’, as the costs “are largely overstated, partly due to misinterpretations of the Commission’s regulation proposal and its impact assessment.”

The EU official challenged the way the investment loss was calculated since the administrative costs were applied to all AI applications and not just the high-risk ones.

In addition, the report mentions that SMEs would be particularly deterred from entering the market, as the compliance costs for AI systems deemed ‘high-risk’ might be up to €400,000, resulting in an average 40% loss in profits.

The Commission also disputes this estimate, as the cost would apply only for those developing a new quality management system, which would be exceptional since companies are already subject to sectoral product safety legislation.

In the Commission proposal, high-risk applications are defined as posing a significant risk to people’s health or fundamental rights. The argument is that companies cannot be exempted from respecting fundamental rights because of their size, while there are plenty of AI applications that do not involve high risks.

However, the study challenges the current definition of high-risk as too broad, assessing it would cover more than one-third of the EU economy, excluding the financial sector. As a result, Mueller considers foreign competitors would eat up market shares from European businesses.

“It is bewildering to see that even regulating the most dangerous systems is met with such push back,” said Kasper Drazewski of the European Consumer Organisation (BEUC). “Following this logic, it isn’t enough to have an AI Act that is stripped down to its bare bones; the entire proposal should go through a grinder so it doesn’t affect industry profits.”

Shadow rapporteur Svenja Hahn stressed that the AI regulation should not block innovation nor lead to a brain drain. However, the liberal MEP does not see boosting innovation and protecting fundamental rights as mutually exclusive, as they “can both be met by the AI Act.”

According to Andreas Aktoudianakis, a policy analyst at the European Policy Centre, the study highlights several critical points of the proposal, such as the need to clarify the legal obligations, the unrealistic expectations on error-free data in a nascent application and the significance of providing AI regulatory sandboxes for SMEs.

However, for Aktoudianakis “the study fails to consider its argument in relation to the EU’s geopolitical role on AI regulation, and the EU citizens’ particular concerns. These are integral to analysing the remit and enforcement of the Commission’s approach to AI regulation.”

The Commission’s risk-based approach is meant to provide a solid regulatory environment that “will enhance the uptake of AI by increasing users’ trust hence also increasing the demand, and providing legal certainty for AI providers to access bigger markets,” the Commission spokesperson added.

“The proposed act could certainly be more innovation-friendly. On the plus side, it provides a clear framework for compliant AI applications to innovative companies,” said DIGITAL SME head Sebastiano Toffaletti.

Toffalettin notes that, if successful, the regulation might set the international standard, similarly to GDPR. “EU businesses might be able to leverage ethical models for AI applications that could become the de-facto global reference, giving our companies a decisive advantage over less regulated applications from China or the US,” he added.