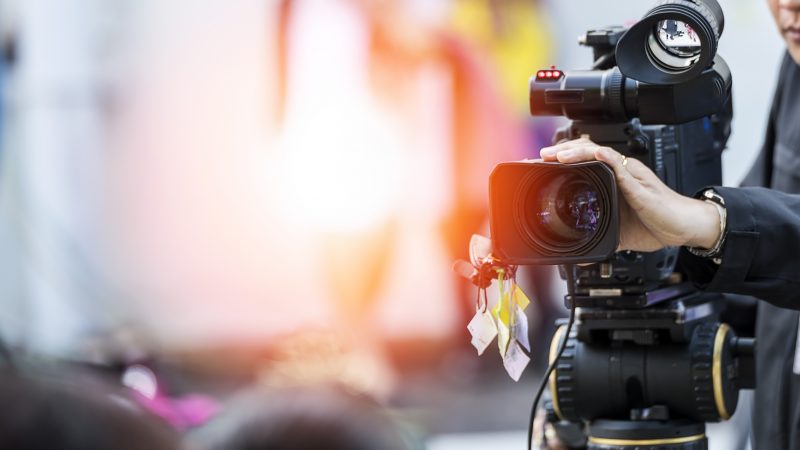 “this is a phase of profound transformations for the media sector and there is an urgency to find solutions, in a word, to innovate." [Shutterstock / nampix]

As the EU increasingly turns its focus to media funding, ensuring that the goal is long-term sustainability, rather than short-term investment, will be key to ensuring success, those working in the sector have said.

The transformation the media sector has undergone in recent years in response to increasing digitalisation and the rise of online platforms has been compounded by the hit the industry has taken during the COVID-19 pandemic, resulting in many outlets struggling to adapt their business models to these new conditions.

These concurrent crises have prompted a renewed focus on bolstering media funding and innovation at the EU level, often in the form of grants for projects within European countries and across borders.

However, concerns have been raised by some in the sector over the long-term viability of funding programmes that are grant-based and focused on projects rather than solidifying the media landscape.

Key in EU-level measures to fund the sector was last December’s launch of the Commission’s Media and Audiovisual Action Plan, formulated with the goal of supporting the two fields’ recovery from the pandemic and transformation for the digital age.

As part of this, a “NEWS” initiative was set up, bundling old and new efforts to support the sector under one programme and more formally channelling investment into the media.

Giordano Zambelli, a media researcher at Vrije Universiteit Brussel, told EURACTIV that he welcomed the NEWS initiative, adding “this is a phase of profound transformations for the media sector and there is an urgency to find solutions, in a word, to innovate.”

“Often news media companies do not have in-house R&D departments and tend to rely on the next big thing packaged by major tech companies”, he said. “Typically the hype is followed by disappointment. A few years ago, it was the pivot to video, now it is AI and AR/VR, tomorrow, who knows.”

Project or grant-based support can be positive in terms of devoting resources to experimenting with innovative solutions, he said, but is potentially less so if it is just intended to prolong business-as-usual.

This concern was echoed by Joanna Krawzczyk, chairwoman of the Leading Newspaper Alliance (LENA) and president of the Gazeta Wyborcza Foundation, at the Commission’s second News Media Forum in November.

As part of the EU executive’s renewed focus on the media, the two gatherings were organised to facilitate a dialogue between industry stakeholders. While the first edition, held in March, focused on the safety of journalists in the EU, the second turned its attention to the sector’s “industrial transformation”, looking at present-day and future media business models. 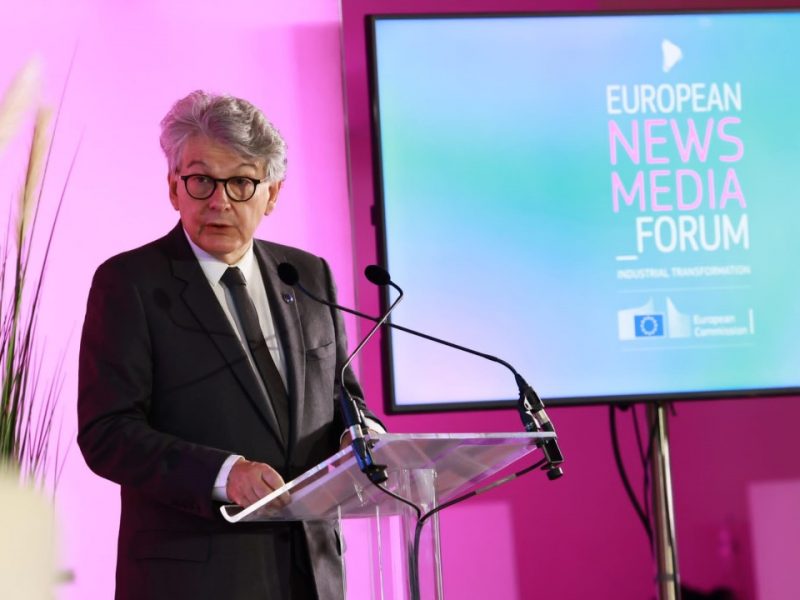 The Commission has announced its support for developing a “European Newsroom”, gathering news agencies in Brussels to collaborate in reporting on EU affairs.

A key risk of a project-based approach to funding, Krawzczyk noted at the event, is that it fails to tackle the real issues being faced by the sector, such as rising operational costs.

“It’s amazing, this acceleration of interest in news and in media support from the Commission”, she said, but added: “The support that we are given – as businesses but also as NGOs – it’s project-based support which means that it doesn’t add much to sustainability.”

“It allows us to create great, often cross-border, projects. However, in the long run, it might not be the ultimate remedy.”

Ensuring sustainable funding, she pointed out, would also contribute to bolstering media pluralism in Europe, another recent focus of the Commission, which plans to introduce a Media Freedom Act next year to develop an EU-wide mechanism for monitoring media ownership and pluralism.

However, sector-wide support schemes come with their own risks, says Zambelli.

Not only can they create a dependency of the news media on digital platforms and online revenues, but they can privilege powerful media corporations that already have a seat at the negotiating table, leaving the rest of the sector behind.

“Financial support on a wider basis should make sure that money is used to actually build a news media sector independent from platform dependency and capable of systematically harnessing the potential of technology.”

Achieving this, Zambelli added, will require “more integration between media departments, more connections between news media and tech startups”, and should be accompanied by efforts to make accessing such funding easier.