Industry associations were relieved when the Commission announced on Monday (7 May) that it will hold off on changing EU rules that could hand manufacturers more legal responsibility if a robot is defective.

The EU executive confirmed in a new report that it will publish a document by mid-2019 explaining how the current legislation could apply to emerging technologies that are not controlled by humans. “If necessary,” that update might include changes to some definitions in the liability directive, including the concepts of ‘defect’, ‘damage’, ‘product’ and ‘producer’, according to the report.

“Technology changes fast, so we will continue to monitor the situation and are ready to act if the need arises,” EU Internal Market Commissioner Elżbieta Bieńkowska said on Monday.

Under the current EU legislation, companies are responsible and must compensate consumers for defective products they produce even if they are not at fault for their defects. According to the Commission’s new report, that part of the legislation will not change.

A group of Commission-appointed experts will analyse the legislation and recommend whether the EU executive should change the law or leave it in place. 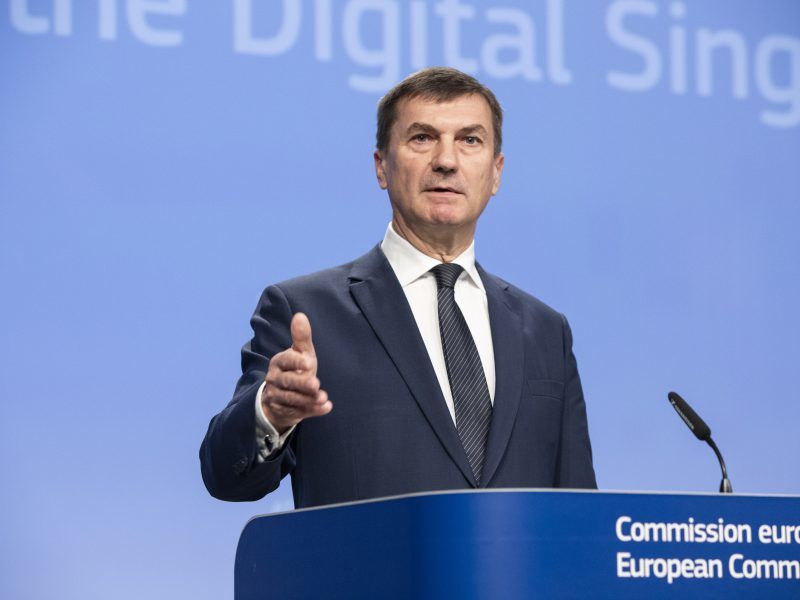 The Commission’s review of the liability rules has pitted some tech companies against consumer watchdogs.

DigitalEurope, a lobby group representing tech firms including Google and Microsoft, has brushed aside calls for new liability legislation addressing AI and robotics.

The association said in a statement on Monday that for “artificial intelligence, robotics and other new and emerging technologies, often the existing legislative and regulatory framework can already provide answers”. The Commission’s decision to publish a document next year with legal guidance “can also be a suitable way forward, rather than trying to fix what isn’t broken”, the lobby group said.

Holger Kunze, the director of German manufacturing association VDMA’s Brussels office, offered similar praise for the report “because the Commission is not rushing into legislative measures immediately”.

But the Commission is facing pressure to introduce stricter safeguards to protect consumers from broken or even dangerous robots.

Consumer groups have demanded that the Commission tailor the liability rules to new technologies.

“Current safety, security and liability rules are not sufficient and lack clarity. They need to be modernised,” said Monique Goyens, director general of the European Consumer Organisation BEUC, when the Commission announced a new strategy last month to stimulate investment in AI technology.

Goyens warned that “companies should not take advantage of the use of artificial intelligence to dodge responsibility for when things go wrong. Those who produce smart products must be held responsible when an automated car causes an accident, or a home robot causes damage.”

Last year, the European Parliament approved a report calling for new liability rules that address the different role manufacturers should have if defective robots cause accidents.

Mady Delvaux, the Luxembourgish centre-left MEP who authored the report, said she was disappointed that the Commission did not propose new legislation as part of its AI strategy last month.

“The time is right for legislation – to ensure the EU provides a protecting framework for consumers and legal certainty for companies,” Delvaux said.