Telecoms treaty sunk by US with EU allies 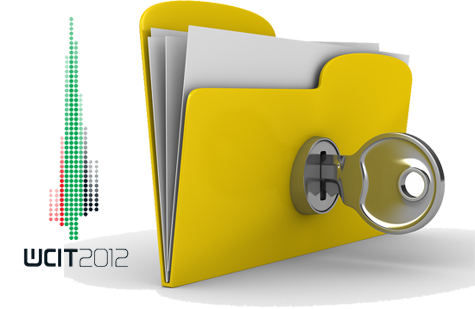 The UK joined the US and Canada in outright objecting to calls for all states to have equal rights to the governance of the internet at the conference.

Meanwhile, the Czech Republic, Denmark, the Netherlands, Slovenia and Sweden all said they needed to consult with their national governments about how to proceed and would also not be able to sign the treaty as planned today.

The result confirmed suspicions that European member states fostered differing approaches to the treaty, following EURACTIV’s pre-WCIT report that the Council sought to play down attempts by the Commission to offer a unified voice at the conference (see report).

The new treaty was supposed to help nations co-ordinate efforts against spam and widen access to the web. But discussions focused on the controversial issue of whether or not countries should have equal rights to the development of the internet's technical foundations.

The US was concerned that references to the internet in the treaty might be used to legitimise censorship and – more controversially – enable commercial negotiations between telecoms networks and so-called ‘over-the-top providers’, especially large internet content providers such as Google and Microsoft.

US wants to keep UN’s ITU out of internet regulation

That could open the way for search and social media companies to be charged levies for their use of broadband capacity.

On Wednesday (12 December) night a non-binding resolution was debated offering the UN-backed ITU the chance to "continue to play an active and constructive role in the development of broadband and the multi-stakeholder model of the internet."

This was opposed by the US and European nations who stressed that the treaty's regulations should not stretch to internet governance.

As the debate continued into the early hours of Thursday morning the conference's chairman, Mohammed Nasser al-Ghanim, asked for a "feel of the room", noting that the resolution had majority support.

Yesterday, an African bloc of countries called for a paragraph to be added to the treaty's preamble stating: "These regulations recognise the right of access of member states to international telecommunication services."

The US and its allies saw this as a means of extending the treaty's regulations to cover internet governance and content.

Iran then brought matters to a head by calling for a vote on the African resolution, normally a taboo at such conferences, which are supposed to proceed by consensus without recourse to formal polls.

ITU staff attempted to bring the talks back on track, but the US, Canada and UK announced they could not ratify the treaty.

"My delegation came to work for revised international telecommunication regulations, but not at any cost," said the head of the UK delegation Simon Towle.

"We prefer no resolution on the internet at all, and I'm extremely concerned that the language just adopted opens the possibility of internet and content issues."

Little chance of salvaging treaty with one day to go

In order for treaty changes to be adopted a simple majority of the ITU member states (there are 193) must vote for them, but in practice the treaty can only proceed by consensus.

That means the Dubai presidency of WCIT has until the end of today to salvage something from the proposals, or face proceeding without the key Western states.

The development will cause quarrels in the telecommunications and internet industries, exposing highly political global trade and commercial strains, instead of paving the way for clearer global standards.

"It's with a heavy heart and a sense of missed opportunities that the US must communicate that it's not able to sign the agreement in the current form," said US Ambassador to WCIT Terry Kramer. "The Internet has given the world unimaginable economic and social benefit during these past 24 years. All without UN regulation. We candidly cannot support an ITU Treaty that is inconsistent with the multi-stakeholder model of Internet governance," Kramer added.

“The Internet Society (an NGO) came to this meeting in the hopes that revisions to the treaty would focus on competition, liberalization, free flow of information, and independent regulation – things that have clearly worked in the field of telecommunications. Instead, these concepts seem to have been largely struck from the treaty text,” St. Amour said.

The World Conference on International Telecommunications (WCIT) taking place in Dubai from 3-14 December 2012, and therefore closing tomorrow, has considered reviewing the general principles for the provision and operation of international telecommunications.

The 1988 treaty governs the exchange of international telecommunications traffic to ensure it is delivered efficiently around the world, and established a regulatory framework.

The conference's importance lies in the fact that some countries wanted to include aspects of the internet – technical, security and content-related topics – into the telecommunications treaty.

0 responses to “Telecoms treaty sunk by US with EU allies”