The Brief – MEPs save Zuckerberg’s face 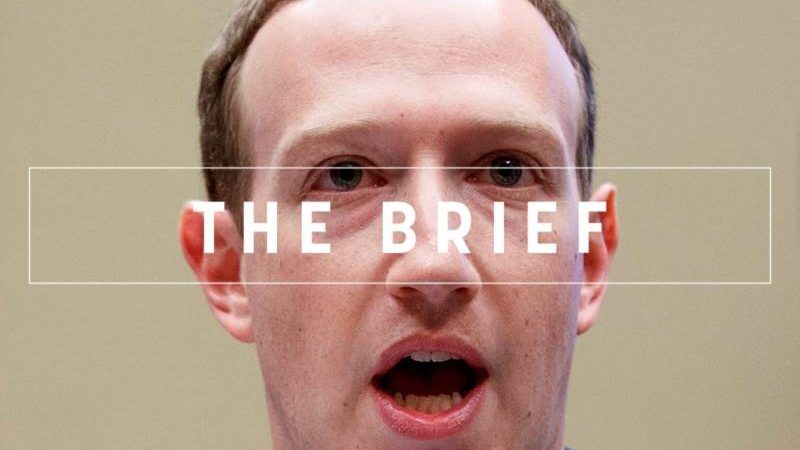 The European Parliament has a great talent for snatching defeat from the jaws of a PR victory.

Getting Facebook boss Mark Zuckerberg to appear before MEPs in Brussels – he has turned down requests to appear at a committee hearing in the UK parliament three times – is something of a coup.

Especially for an assembly which models itself on the US House of Representatives, and now gets Facebook’s founder to reprise his recent Congressional hearing in Brussels.

Facebook has already admitted that 2.7 million people in the EU could have been affected by the data-sharing scandal involving data-mining firm Cambridge Analytica.

But the Parliament’s leadership has curiously decided that Zuckerberg should only appear before a small group of MEPs next Tuesday at 17:45, in what amounts to a private meeting. There is no suggestion thus far that Zuckerberg made his attendance conditional on being ‘behind-closed-doors’.

A tweet by Parliament spokesperson Jaume Dauch revealed that President Antonio Tajani “will inform media of the discussions. Details will follow.” As an analogue approach in a digital age, that is hard to beat.

The decision was made by the Conference of Presidents, composed of the political group leaders in the assembly. Manfred Weber, who leads the EPP faction, the Parliament’s largest group, teamed up with the conservative ECR group to block a public hearing.

“Pity this will not be a public hearing” was the verdict of EU data commissioner, Vera Jourova, prompting a swift – and defensive – response from Tajani, an EPP member himself, warning that the Commission should keep out of the Parliament’s business.

Liberal group leader Guy Verhofstadt now says that he will not attend a private hearing. What a mess.

It is no surprise that ECR, which is led by British Conservative Syed Kamall, a prominent Brexiteer, who has claimed that there is a ‘witch hunt’ against Facebook, would want to keep the Zuckerberg hearing as quiet as possible.

The long-running investigation into whether data from Facebook and other social media platforms was illegally used by Cambridge Analytica during the Brexit referendum campaign in 2016 is deeply embarrassing to the ‘Leave’ campaigners who employed them.

While the referendum is not going to be declared null and void, the story taints the campaign.

It is difficult to see what the EPP has to gain from blocking a public hearing. One would think that with next year’s European elections just twelve months away, deputies would be anxious to demonstrate the clout that they have to voters.

Weber tweeted that “Facebook users deserve a proper answer to what has happened to their data”. Why he thinks that a private meeting is the best way to obtain that answer is anybody’s guess.

But aside from hijacking their own moment in the sun, the real irony is that a handful of MEPs have given Zuckerberg the privacy that was denied to millions of Facebook users across Europe. Who says that privacy is dead?

EU members want to take their time with a new round of enlargement – something that the Western Balkans summit in Sofia was not ever likely to change. It at least yielded a joint position on Iran and US trade tariffs.

The EU also revealed its ‘long overdue’ first foray into truck rules. The Netherlands hoped Brussels would be ambitious but the proposal has already been criticised.

Is the EU crying wolf? Livestock farmers and MEPs met in Brussels this week to call for a change in the EU’s policy on the protection of wolves.

As Nord Stream 2 has come under intense scrutiny from the Commission, EURACTIV’s Frédéric Simon asked an awkward question to the project’s Chief Financial Officer: How often do you receive calls from Mr Putin?

British politicians have had a hard time this week. While some are playing hide and seek with the press, others have had to endure boring meetings.

Meanwhile, in digital Estonia a local government has narrowly approved using a flag with an image of a cannabis leaf as its symbol after an online poll overwhelmingly voted for it.

Italy may actually be inching closer to a government. Track the developments here.

One response to “The Brief – MEPs save Zuckerberg’s face”