The Brief – The sacred right to disconnect 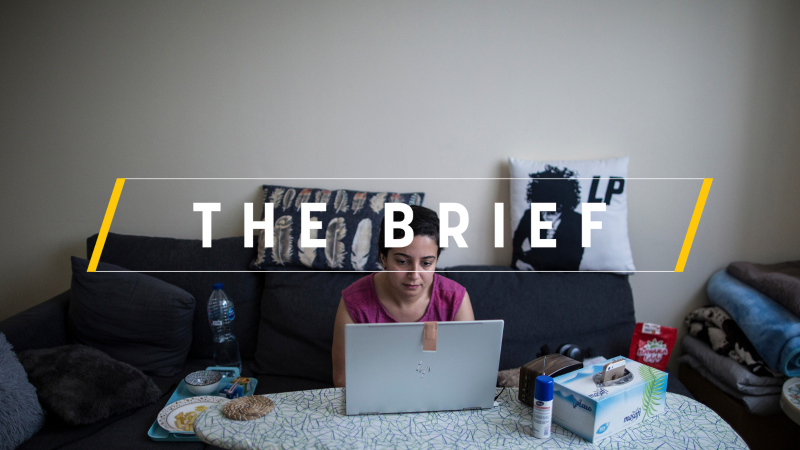 The European Parliament has passed a resolution calling for an EU law that grants workers a new human right: to be free to digitally disconnect from work without facing any negative repercussions from employers.

The move seems timely. Since the COVID crisis started, many of us have transformed our homes into offices. [You may have heard the new saying “I no longer work from home, I live at work”.]

The delimitation that previously existed between working hours and free time is blurred. Also, there is little difference between working days and holidays, since we are unable to take a city trip, go to a concert or invite guests to our home.

We stay in front of our computers, both for work and leisure, and are bombarded by all kinds of beeps and notifications of the different messages we receive.

Employers nowadays use not only emails, but all possible platforms to keep employees on their toes with communication, be it necessary or less so. Responding to one such message often triggers notifications to all other people copied – a nightmare that never ends.

Many have probably noticed that we work more because we often respond to the messages we receive and take action accordingly, instead of ignoring them as we should, because they come at inappropriate times.

Research by Eurofound shows that people who work regularly from home are more than twice as likely to surpass the maximum of 48 working hours per week, compared to those working on their employer’s premises.

In the best scenario, we survive the additional burden, or at least we think we’re OK. But very often, people cannot cope with the stress and become prey to depression or burnout. The private life of individuals often suffers. Many of us appear absent to their near and dear, not only during working hours but 24/7.

So MEPs have called on the Commission, with an overwhelming majority, to propose a law that enables those who work digitally to disconnect outside their working hours. The legislation should also establish minimum requirements for remote working and clarify working conditions, hours and rest periods, they say.

Good luck with that.

We realise how difficult it would be to regulate teleworking by law, though it might be easier for a few professional activities than for others.

But isn’t it easier to adhere to an unofficial protocol of not writing, or responding to messages, outside working hours, unless this is a truly exceptional matter?

Wouldn’t it be easier to observe unofficial rules not to use group messaging with hundreds of people copied when one single addressee is enough? Shouldn’t we all try to improve the corporate culture in which we live, by using good old common sense?

In our Special Edition of the Capitals, EURACTIV‘s Network reports on how Europe’s hospitality sector was the first to take immediate safety measures after the first lockdown but has paid the full cost of the pandemic.

Wealthy nations are buying up hundreds of millions of COVID-19 vaccine doses while poorer countries are struggling to secure basic supplies. MEP Udo Bullmann (S&D) has called for a global vaccination strategy to avert a “human catastrophe” but the European Commission has ruled out the idea of a mandatory release of vaccine patents.

Chinese President Xi Jinping in Davos called for a return to multilateralism, warning against a “new Cold War”, and urged global unity in the face of the COVID-19 pandemic.

The melting of ice across the planet is accelerating at a record rate, with the melting of the Greenland and Antarctic ice sheets speeding up the fastest, research has found.

Boeing has unveiled plans to deliver commercial aircraft capable of using 100% biofuel by 2030. Using existing technologies under current regulations, it can only use biofuel blends of up to 50%.