EU initiatives from last December may help renew the news media sector, if implemented fast and jointly. In an open letter, Christoph Leclercq, Marc Sundermann and Paolo Cesarini call for leadership from Berlin, Paris and the Council, and from the press leaders themselves. [Shutterstock]

Swiftly accelerating mobile internet and smartphones have revolutionised the delivery of news and destroyed the business models of many news organisations over the past 20 years, leading to falling revenues, layoffs and takeovers.

The mass migration of advertising to US technology giants such as Facebook, Google and Amazon has hammered revenues while more than half the world’s population now has access to news via an internet connection.

But will people actually pay for news?

The Reuters Institute for the Study of Journalism said in its annual Digital News Report that most people would not pay for online news and that there had been only a small increase in the proportion of people willing to do so in the last six years.

Even among those who do pay, there is “subscription fatigue” – many are tired of being asked to pay for so many different subscriptions. Many will opt for films or music rather than pay for news. So some media companies will fail.

“There is no sign that the majority of people are about to pay for online news, although many recognise that information on the internet is often overwhelming and confusing,” said Nic Newman, a senior research associate at the Reuters Institute.

“Some of the biggest brands have already shown they are able to attract a large number of paying subscribers, but the road ahead will be more challenging for other publishers,” he added.

While many news organisations add paywalls and some see increases in digital subscriptions, there has been little change in the proportion of people paying for online news, apart from the “Trump bump” rise in the United States in 2016/2017.

In the United States, those paying for news online were likely to have a university degree and be wealthy: The New York Times, Wall Street Journal and Washington Post did well on digital.

Still, almost 40% of new digital subscriptions at the New York Times are for crosswords and cooking, the Reuters Institute said, citing an article by Vox.

As they fight for revenue, news organisations are facing a growing threat from entertainment providers such as Netflix , Spotify, Apple Music and Amazon Prime.

“In some countries, subscription fatigue may also be setting in, with the majority preferring to spend their limited budget on entertainment (Netflix/Spotify) rather than news,” Newman said in the report.

“Not surprisingly, news comes low down the list when compared with other services such as Netflix and Spotify – especially for the younger half of the population,” he said.

When asked what media subscription they would pick if they had only one for the next year, just 7% of under 45-year-olds picked news. The report showed 37% would opt for online video and 15% for online music.

Aggregators are also waiting in the wings: Apple News+ offers a single priced subscription for some access to premium titles including TIME, The Atlantic, The New Yorker, Vogue, The Wall Street Journal and Los Angeles Times.

That could deny publishers a direct link with consumers, limiting the information they have to make targeted advertising more effective, and valuable.

“Despite the greater opportunities for paid content, it is likely that most commercial news provision will remain free at the point of use, dependent on low-margin advertising, a market where big tech platforms hold most of the cards,” Newman said. 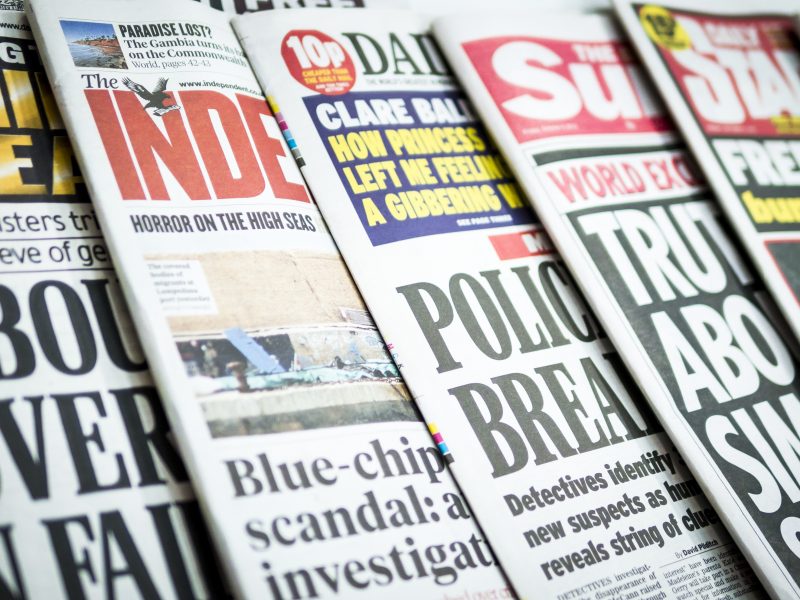 A UK government-commissioned report published on Tuesday (12 February) called for extra support to be given to smaller news outlets, including an innovation fund for local news and tax reliefs for public interest journalism.