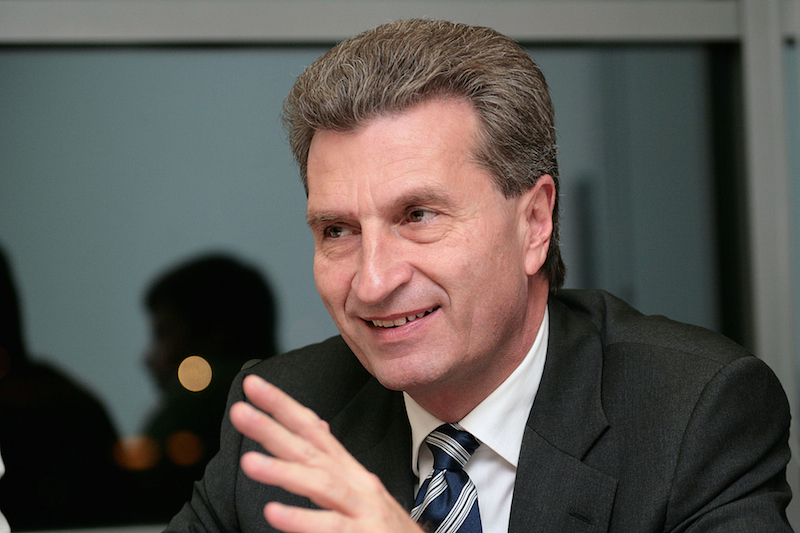 This article is part of our special report Digital single market.

SPECIAL REPORT: A raft of new rules designed to launch the Digital Single Market (DSM) set to be adopted or proposed this year are threatened by trade spats with the US.

The European Commission faces an uphill battle implementing its keystone objective whilst finding its feet on existing digital policies, such as the Grand Coalition on Growth and Jobs – a proposal designed to capitalise on the digital economy launched last year, which is yet to be allotted to a Commissioner in the new executive.

New rules covering copyright, data protection and telecommunications are set to be announced this year, whilst a raft of existing measures are set to be beefed up.

“By creating a connected digital single market, we can generate up to €250 billion of additional growth,” Commission President Jean-Claude Juncker said when unveiling the priority strategy last year (December 17).

Juncker pledged “ambitious legislative steps towards a connected digital single market” within the first six months of his mandate, to give “more ambition” to reforms of the telecoms and copyright rules.

The EU executive’s desire “rapidly to conclude negotiations on common EU data protection rules” is likely to pose the greatest challenge to the DSM, however.

German Green MEP Jan Philipp Albrecht – the vice-chairman of the Parliament’s civil liberties committee and the rapporteur on the Data Protection Regulation (DPR) – last week (7 January) warned that serious differences between the European Parliament and the 28 member states cast doubts over whether the new rules can be agreed before the end of the year.

Issues surrounding informed consent for the use of data, sanctions, privacy by design and red tape remain sources of friction between Parliament and EU member states represented at the Council of the European Union, according to Albrecht.

But Albrecht also revealed that the EU is coming under pressure from US tech firms to include data flows as part of negotiations over the Transatlantic Trade and Investment Partnership, or TTIP.

“In the end, data flows will have to come onto the table. The TTIP cannot be agreed before that happens,” one senior negotiator close to the TTIP talks told EURACTIV last November on condition of anonymity.

If Albrecht’s fears of a delay to the DPR prove correct, the DPR negotiations could become entangled with the push by US industry to put data on the table in the TTIP.

The EU executive wants to overhaul European copyright rules to enable simpler cross-border online access to digital services throughout and between member states.

Commissioner for Digital Economy and Society Günther Oettinger has begun working with the European Parliament on the reforms – setting up a working group on the issue – and is expected to complete a plan of action by the Autumn.

Last month (11 December). Finland announced it is to scrap levies on digital devices, following similar moves in Spain and the UK.

Copyright change could be waylaid

The Finnish Parliament voted to replace a copyright levy system that has existed since 1984, with a new government fund designed to compensate artists for private copying of content such as music and movies.

However it is not clear whether Oettinger’s review will look to simplify the existing system or focus instead on formulating a new means of taxing US companies such as Google.

In an interview with German newspaper Handelsblatt in September, Oettinger floated the idea of making Google pay a levy in compensation for using copyrighted content to draw traffic and generate revenue.

“If Google takes intellectual property from the EU and makes use of it, the EU can protect this property and demand that Google pay for it,” said Oettinger.

With Germany and France – and new Digital Affairs Commissioner Günther Oettinger – notably hardening their stance on Google in recent weeks, and calling for a stronger EU response to perceived competition abuse by the US giant, the scope for this to colour copyright reform remains broad.

Whilst these key legislative proposals are vulnerable to buffeting from the broader trade and political debate, the Commission is still occupied with organising its existing initiatives.

The DSM is designed to harness a data sector growing annually by 40%, and in which big data is already revolutionising public service provision such as transport and health and agriculture.

The job-creation capacity of big data technology is the prime reason for the Grand Coalition on Growth and Jobs, an initiative launched last year by former digital affairs commissioner Neelie Kroes Commission to address the shortage of Europeans with the requisite digital skills.

Europe will suffer from an estimated shortage of almost 900,000 ICT practitioners by 2020 in Europe according to the EU executive’s own calculations.

But Commission spokesmen confirmed that the decision as to which Commissioner – Oettinger and the Vice-President for the Digital Single Market are obvious candidates Andrus Ansip – will continue the work, has yet to be taken.

The DSM is a key priority for Juncker’s Commission, and has been strongly endorsed by member states. But by the end of the year, it will represent a crucial test for how far its actions can match its rhetoric.

Jean-Claude Juncker announced last year (16 December) that the establishment of a Digital Single Market (DSM) would be one of the priorities in his first term as Commission president. “All areas of the economy and society are becoming digital. Europe needs to be at the forefront of this digital revolution for its citizens and its businesses. Barriers to digital are barriers to jobs, prosperity and progress,” Juncker said in laying out the EU executive’s work programme.

During 2015, the Commission aims to conclude the ongoing common European data protection reform and the regulation on a Connected Continent. It will also propose new legislative and non-legislative initiatives on telecommunications, modernise EU legislation on copyright and simplify the rules for consumers making online purchases.