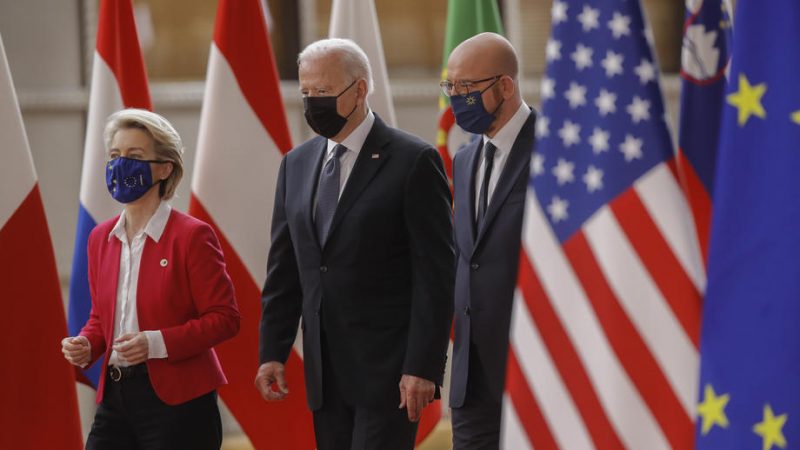 While the United States and the European Union on Tuesday (15 June) announced a wide-ranging tech and trade alliance to counter Beijing’s technological rise, they failed to address bilateral sticking points on the digital economy.

“We plan to cooperate on the development and deployment of new technologies based on our shared democratic values, including respect for human rights, and that encourages compatible standards and regulations,” both sides said in the joint summit communiqué stated.

Leaders also pledged to “closely consult and cooperate” on the “respective similar multi-faceted approaches to China, which include elements of cooperation, competition, and systemic rivalry”, which also covers human rights abuse concerns.

EU and US officials agreed that China’s rise to technological power has created a sense of urgency to partner on tech and digital trade.

“The US and the EU share the same values around privacy, its protection and democracies and open society, which means that together we need to write the ‘rules of the road’ as it relates to, for example, technology,” Gina Raimondo, US Secretary of State for Commerce, told EURACTIV after the summit.

One such area, according to Raimondo, could be emerging technologies like cloud computing, artificial intelligence, cybersecurity or surveillance technology.

“It’s so important for job growth, but also national and economic security, that the EU and the US collaborate together, that these standards comply and are consistent with our shared values and quite frankly so that China and other authoritarian regimes aren’t setting the ‘rules of the road’”, Raimondo said.

Raimondo added that as emerging technologies rely on semiconductors, it would be important that the US and EU shore up supply chains to counter Chinese dominance.

However, the two sides are still to address bilateral sticking points on the digital economy.

One of the key objectives will be “to facilitate regulatory policy and enforcement cooperation and, where possible, convergence”.

However, it is expected that the TTC could mainly focus on market access rather than reaching regulatory convergence, as the two blocs have very different approaches, with AI being a case in point.

“Given the fragmented nature of American regulation, you would never see this kind of [European] principle-based regulation in the United States – in America, you can expect a regulation on product safety, so on a particular AI application,” Fredrik Erixon, Director of the European Centre for International Political Economy (ECIPE), told EURACTIV.

Since privacy and data regulation are very sensitive issues and at the core of the digital economy, regulatory convergence across the Atlantic may never happen, warned Erixon.

Any convergence “is going to be based on sort of bottom-up changes rather than big global accords,” Erixon added.

The EU-US Privacy Shield agreement on international data transfer was overruled for the second time by the European Court of Justice last year, as the US surveillance laws were deemed not compatible with a GDPR-level of protection.

The Commission and US administration are currently negotiating a new framework agreement, but EU leaders appear doubtful that the new privacy provision would stand judicial scrutiny if Washington does not change its surveillance practices. 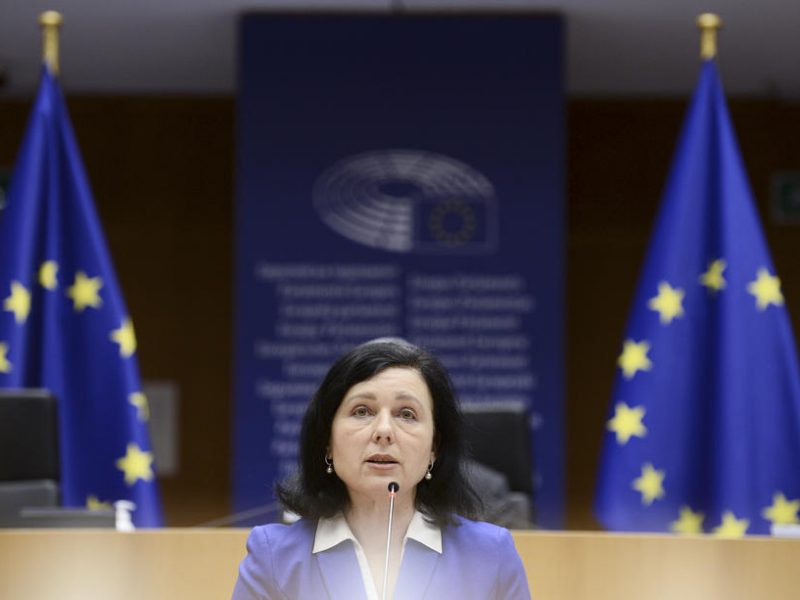 EU negotiators want an ‘absolute guarantee’ that personal data transferred to the US will not be subject to ‘mass surveillance,’ as part of ongoing talks on a new EU-US data transfer mechanism, according to the Commission’s Vice-President for Values and Transparency, Věra Jourová.

It is also unclear whether the new US administration has any plans to change its national security laws.

The summit did not lead to the diplomatic breakthrough many tech companies had hoped for, as the final statement merely contains a broad commitment “to work together to ensure safe, secure, and trusted cross-border data flows that protect consumers and enhance privacy protections.”

In recent weeks, Washington has seen an antitrust push as the US Congress has been working on a number of pieces of bipartisan law and Big Tech critic Lina Khan was appointed Chair of the Federal Trade Commission.

“There’s growing concern on the American side that Europe now has a false impression on what the new administration wants to do. Just because it wants to go ahead with a pretty strong competition agenda vis-à-vis the Big Tech in America, that doesn’t mean that it accepts that Europe can tailor regulations to affect American companies but not European ones.” Erixon added.

“Even if they may share some common principles for corporate taxation, when you get into the details you realize that the two sides actually not very close to each other when it comes to the application of these taxes to Big Tech,” Erixon said.

The European proposal for a corporate income tax system only focuses on tech companies, contending foreign sales should be taxed in the market where the income is generated. The Americans accepted it as a general principle, and therefore required its application to all international corporations.

For Erixon, “that is something which is going to be problematic for some of the countries that have come forward, including France, Germany, where most large European companies concentrate.”

By contrast, the United States as a net importer might see its tax take increase.