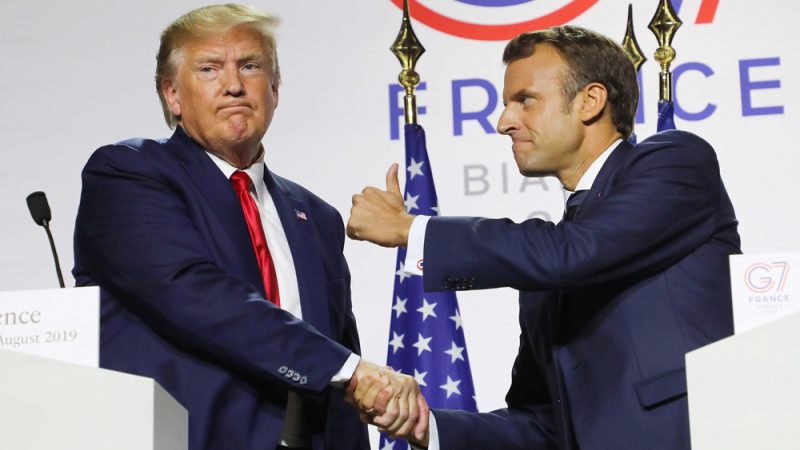 The U.S. Trade Representative’s office (USTR) said on Thursday (7 January) that the 25% tariffs on imports of the French goods, which are valued at around $1.3 billion annually, would be suspended indefinitely. [Shutterstock]

The United States has indefinitely suspended 25% tariffs on French cosmetics, handbags and other imports it had planned in retaliation for a digital services tax Washington says will harm US tech firms, as it investigates similar taxes elsewhere.

The US Trade Representative’s office (USTR) said on Thursday (7 January) that the 25% tariffs on imports of the French goods, which are valued at around $1.3 billion annually, would be suspended indefinitely.

Washington announced the tariffs in July after concluding a French digital services tax (DST) would harm firms such as Google, Facebook, Apple and Amazon.

The USTR said suspending the action against France, which had been due to come into force on 6 January, will allow it to pursue a coordinated response in 10 investigations involving other countries, including India, Italy, Britain and Turkey.

“The US Trade Representative has decided to suspend the tariffs in light of the ongoing investigation of similar DSTs adopted or under consideration in ten other jurisdictions,” the USTR said in a statement.

“Those investigations have significantly progressed, but have not yet reached a determination on possible trade actions,” it said, adding its aim to achieve a “coordinated response in all of the ongoing DST investigations.”

French Finance Minister Bruno Le Maire took note of the postponement, adding, “We view these sanctions as not legitimate under WTO rules. We are once again calling for a global solution to trade disputes between the United States and Europe that will only make losers, particularly during this time of crisis”

EU Trade Commissioner Valdis Dombrovskis said in a tweet that he took note of the postponement and that the European Union was willing to work with Washington to find a global solution for fair taxation of the digital sector.

“The EU stands ready to explore all options should the US unilaterally apply these trade measures,” he said.

The USTR said on Wednesday that it had concluded digital services taxes adopted by India, Italy and Turkey also discriminate against US companies and are inconsistent with international tax principles, paving the day for potential retaliatory tariffs.

But it held off on announcing any specific tariff actions and said it would continue to evaluate all available options.

The probes are among several still-open USTR Section 301 investigations that could lead to tariffs before President Donald Trump leaves office or early in the administration of incoming President-elect Joe Biden.