Media freedom watchdogs, journalists associations and politicians have cried foul at the worsening media policies in the UK, following the banning of certain journalists from a press briefing by UK Prime Minister Boris Johnson and plans to decriminalise failure to pay BBC licence fees.

On Wednesday (5 February), Johnson’s government announced the launch of a public consultation on whether to stop prosecuting people who evade paying the BBC’s compulsory subscription fee, which generated £3.69 billion (4.36 billion euros) in income for the national broadcaster last year. 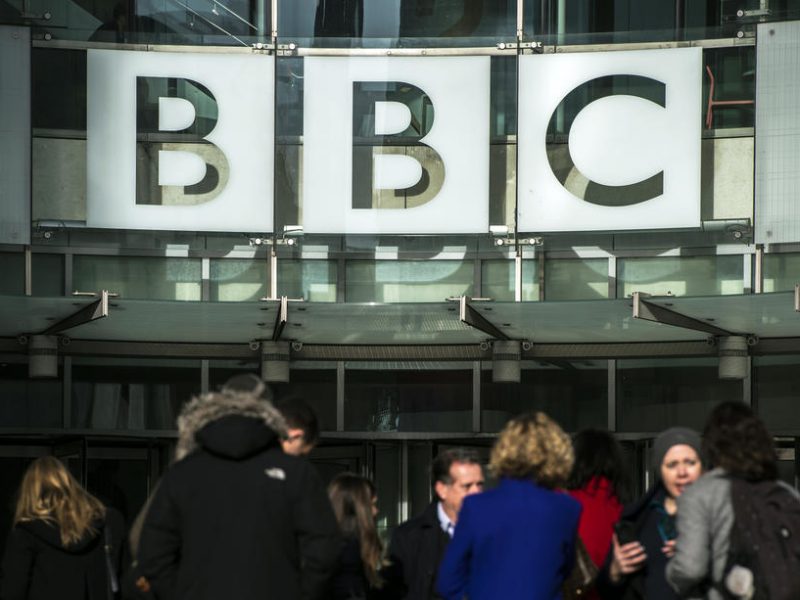 The British government on Wednesday (5 February) announced plans to stop prosecuting people who do not pay the BBC’s compulsory subscription fee, sparking concerns about the broadcaster’s future funding.

The European Centre for Press and Media Freedom (ECPMF), a Leipzig based NGO, sees “the move to undermine the BBC’s financial independence … as a worrying step towards a state-captured broadcasting system.”

On Tuesday, (4 February) journalists walked out en masse after Johnson’s director of communications announced he will only let in those specifically invited to a briefing on UK-EU trade negotiations.

“We salute the courage of the correspondents who refused to take part in a briefing where colleagues from outlets critical of the government were supposed to be excluded,” ECPMF told EURACTIV.

The controversy followed accusations of bias of media broadcasters who refused to air the prime minister’s address on the eve of Brexit, after a decision by No. 10 to pre-record the speech instead of allowing journalists to film it as is the usual practice.

The Association of European Journalists has called on the UK government “to end at once its restrictive and partisan media policies,” accusing Johnson of hypocrisy for attempting to “exclude critical media on an arbitrary basis” while “acting as a champion of media freedom to the rest of the world.”

Reporters Without Borders called “for an immediate reversal of this alarming trend before the UK follows the US further down the World Press Freedom Index,” noting similarities between Johnson’s and President Donald Trump’s practices.

“We are not living in normal times,” said Julie Ward, former British Labour MEP, who thinks this is just the latest in a series of attacks on the opposition, the parliament, academic institutions, and the judiciary. “Debate, discussion, presentation of facts are at the heart of a democratic society.”

Ward sees the latest events as an attempt to centralise and “completely control the message” around Brexit, leaving less space for scrutiny as the UK enters into trade negotiations with the EU.

“I think not just the EU should be caring about this, the whole world should care about it,” she told EURACTIV, pointing to the long-standing tradition of British quality investigative journalism and the fact that British media is widely consumed across the globe.

“I think it’s time to take a stance,” said Ward and expressed hope “to see support from other heads of states who have a much more open, pluralistic view” and “understand that we have to have media freedom.”