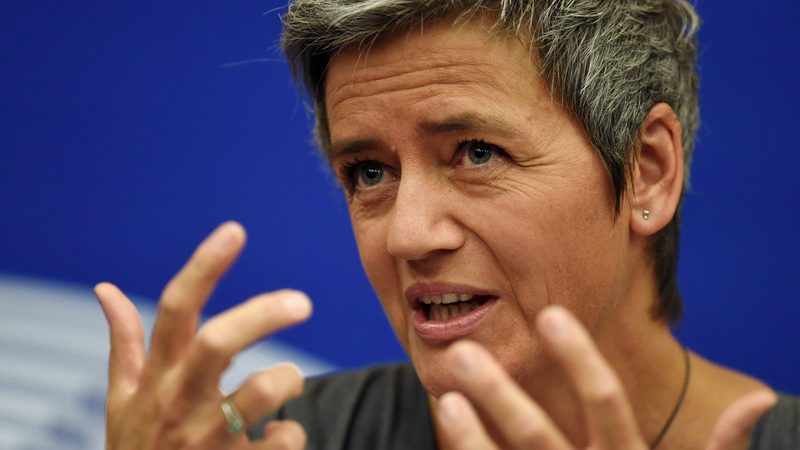 The EU’s digital chief Margrethe Vestager has sought to allay privacy fears over the use of certain mobile applications in the fight against the coronavirus, a day after the EU rolled out a series of recommendations for the use of such technologies.

“You don’t have to choose between fighting the virus and protecting privacy,” she told EURACTIV in a telephone interview on Friday (17 April). “You can do something that also makes very good sense with privacy and at the same time, get a digital tool that will be very useful.”

On Thursday, the European Commission published guidance on the use of mobile applications, as well as the data protection considerations that should be taken into account as part of such technologies.

The documents recommend that mobile applications should not use location data in their contact tracing applications, they should also be dismantled as soon as they are no longer needed, interoperable and cyber-secure, while also being voluntary and abide by EU privacy law, including the GDPR and the ePrivacy Directive.

Data should also be stored on an individual’s device and encrypted, and national Data Protection Authorities should always be consulted in the development of an app.

“For member states, now you have the guidelines, you have the tools, you have the cooperation to enable you to develop apps that will allow you to fight the virus while at the same time respecting people’s privacy,” Vestager said, adding that she herself would make use of such applications that abide by the guidelines published by the EU.

The Commission vice-president also noted how ‘trust’ in the public use of such technologies was vital in their effectiveness on a broad scale.

In this vein, she said that ‘transparency’ is vital in certain technologies, which allows for the ability to “certify that this technology does what it’s supposed to do, what the government tells you that it will be doing, no more, no less.”

Her comments came as the EU contact tracing software, the Pan-European Privacy-Preserving Proximity Tracing (PEPP-PT), came under criticism for a lack of transparency in their software operations.

The recently announced technology brings together a consortium of EU researchers, having developed software that analyses bluetooth handshakes which may have been registered between two smartphone users when they come into close proximity with one another.

On Friday, reports emerged that the consortium erased text on their website that had highlighted its commitment to using a decentralised protocol in the technology, which is widely regarded as having higher privacy protections.

One of the leaders of the initiative, Swiss epidemiologist Marcel Salathé, announced on Friday that as a result, he would withdraw from the project. “I can’t stand behind something I don’t know what it stands for,” he said. “Right now, PEPP-PT is not open enough, and it is not transparent enough.”

Meanwhile, Renew Europe, Vestager’s political family in the European Parliament, have called for an urgent plenary debate on the use of contact-tracing apps in the fight against COVID-19.

“Corona tracking apps are not a mere technical issue: it raises important ethical questions,” Renew MEP Sophie in’t Veld tweeted on Thursday. “Even during a crisis, we have to be vigilant and protect our freedoms.”

More broadly, Vestager told EURACTIV that the current coronavirus crisis has provided for a testing bed in the employment of certain digital tools across the bloc.

“Amid this crisis, we have had a full-scale crash test of everything digital,” she said. “Digital learning, digital working, digital socialising, everything, and obviously e-commerce has increased substantially.”

“Now we have a new baseline. Now, let’s make the most of that. Because now we all know much more about how different tools work,” she said.

Moreover, the resilience of Europe’s digital sector subsequent to the coronavirus outbreak should be a ‘strategic’ priority for the future, Vestager added.

“When it comes to hardware development as well as software and patents, our strong point is the business to business technology. And it’s very important for us to build on that.”

She added that “you don’t find big European companies” in certain sectors of the digital economy and, as a result, it’s very important for the bloc to have at the forefront of its agenda the increasing digitalisation of its industries.