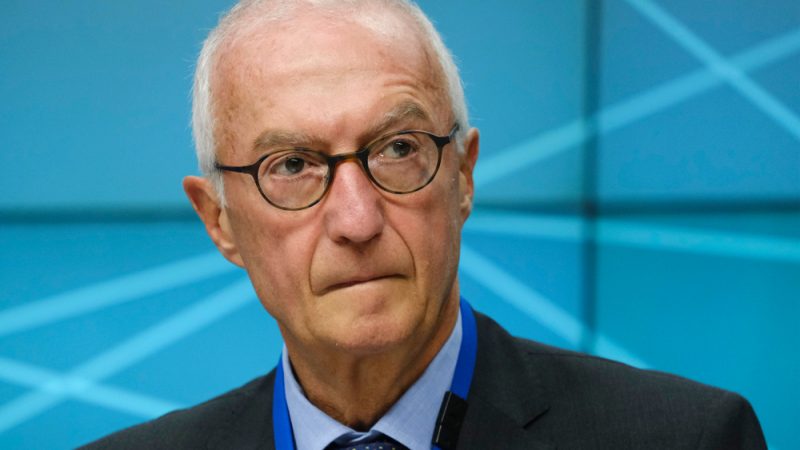 Online video games can be used to propagate extremist ideologies and even prepare attacks, the EU’s anti-terrorist coordinator told AFP in an interview in which he urged more regulation.

The official, Gilles de Kerchove, made the argument ahead of the European Commission’s presentation on December 9 of a proposed Digital Services Act that aims to rein in Big Tech excesses and internet hate speech.

“I’m not saying that all the gaming sector is a problem. There are two billion people playing online, and that’s all very well,” said de Kerchove, a Belgian appointed to his post 13 years ago.

But, he warned, “you have extreme-right groups in Germany that have come up with games where the aim is to shoot Arabs, or (Hungarian-born US billionaire George) Soros, or Mrs (German Chancellor Angela) Merkel for her migration policy, etc.”

“That can be an alternative way to spread ideology, especially of the extreme right but not only them, a way to launder money… there are currencies created in games that can be exchanged for legal tender,” he said.

“It can be a form of communicating. It’s encrypted. It can also be a way to test attack scenarios,” he continued.

This is one aspect the EU executive wants to tackle in its Digital Services Act by demanding more transparency from digital titans. The European Parliament is also discussing a proposal which would require content deemed to have a terrorist character deleted online within one hour.

The fight against terrorism has shot up the EU agenda since recent jihadist attacks in France and Austria.

Another concern, a controversial one, is a push by law enforcement in EU countries to have encrypted communications, of the sort offered by WhatsApp, readable by authorities with a warrant.

But that has run up against unease by defenders of free speech and civil liberties and privacy advocates, who fear abuse and a backdoor that can be used by hackers and criminals, as well as authoritarian administrations.

On that, de Kerchove offered reassurance.

“Nobody in Brussels wants to reduce encryption,” he said. “On the contrary, we are in favour of more encryption.”

But, he added, “is it right that we aren’t able to identify who is behind an IP address and posting paedophile photos from the rape of children? How is it police can tap an SMS but they can’t access the same content in a WhatsApp message? Is that logical?”

He suggested the Digital Services Act include a provision forcing providers of encrypted communication to give police and prosecutors unencrypted versions of the messages sent on their services when ordered to do so by a judge.

That, he asserted would get around the problem of decryption keys circulating and falling into the wrong hands.

He did not, however, explain how that would work technically, given that WhatsApp encryption is “end-to-end”.

That means only the sender and the receiver can read the communication and no-one else, not even WhatsApp or its owner Facebook, because the message is encoded using two digital keys, one public and one private.

The United States and its English-speaking allies that make up the “Five Eyes” intelligence-sharing network — Britain, Australia, Canada and New Zealand — in October also called on tech companies to give them backdoor access to encrypted messages.