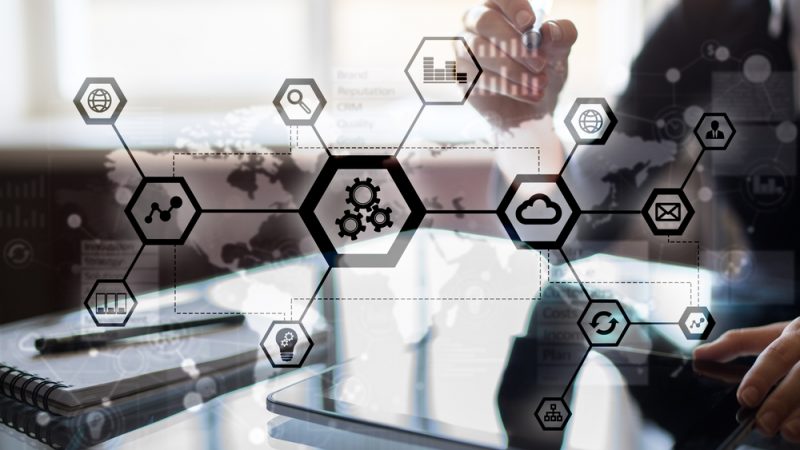 “We welcome the growing recognition of this issue by policymakers, and as the internet-based economy expands across all sectors over the next decade,” José María Álvarez-Pallete, the GSMA Chairman, said.  [Wright Studio/Shutterstock]

While internet value chains continue to grow by 15% per year, a new report warns that market imbalances regarding capital returns between network operators and online service providers could threaten global growth prospects in several sectors.

The report by GSMA, an industry organisation representing the interests of mobile network operators worldwide, was issued on Monday (16 May) amid discussions about the need for investors in the communications infrastructure to make a fair return.

Online services saw a 19% increase in revenue in 2020, while the return on investment in infrastructure for network operators was only between 6% and 11%, according to the publication.

This is problematic, the report argues, because the telecom operators who are running the connectivity infrastructure should continue to invest in capacity, coverage and speed of the networks, which connect internet users with online services.

Last week, EU internal market commissioner Thierry Breton announced that the European Commission will make content-heavy platforms contribute to the cost of telecom networks. This initiative is based on the principle that market actors benefiting from the digital transformation should make a fair contribution to the costs of infrastructure for the benefit of all Europeans. The new legislation will be presented before the end of 2022.

“We welcome the growing recognition of this issue by policymakers, and as the internet-based economy expands across all sectors over the next decade,” José María Álvarez-Pallete, the GSMA Chairman, said.

Ensuring that all segments of the internet infrastructure can make a fair return “would sustain long-term investment, and not just those businesses that have the biggest platforms and scale,” the GSMA report concludes.

In 2021, the top six companies alone generated more traffic than the entire world did in 2018, a study on behalf of ETNO found.

However, Christian Borggreen, the vice president of the tech trade association CCIA, said the Commission’s proposal would conflict with the EU’s Net Neutrality rules. These rules ensure that access to content and services is non-discriminatory and that all traffic is treated equally.

“The idea of charging some online services, but not others, is by definition discriminatory,” Borggreen said in a panel on Europe’s internet ecosystem organised by ETNO on Monday.

Borggreen also emphasised that tech companies have already been spending a lot of resources on network infrastructure, subsea cables and data centres. “And they are investing billions in innovative content and services, which in turn is driving demand for telco services,” Borggreen said.

In his view, the real problem is that telecom companies struggle to charge their own customers for their data consumption.

How exactly the European Commission will tackle the issue of fair remuneration remains to be seen. According to Rita Wezenbeek, the Commission’s Director for Connectivity, the two main questions concern how to establish criteria for fairness and how to find an appropriate approach.