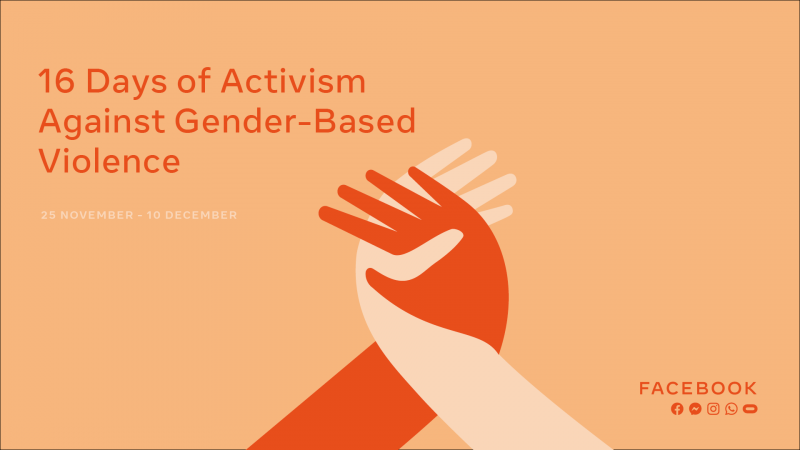 An increase in violence against women and girls is one of the hidden consequences of the COVID-19 crisis. According to UN Women, calls to helplines have increased five-fold in some countries as more people stay at home to counter the effects of the pandemic.

On the International Day for the Elimination of Violence against Women, I wanted to share the actions that Facebook is taking to help eliminate this practice.

Above all, we want to make sure that our platform is a safe place for women. We take a comprehensive approach which includes both having clear rules and enforcing them, as well as developing cutting-edge technology to help prevent abuse from happening in the first place.

Our rules outline what is and isn’t allowed and include policies against behaviours such as sextortion, sex trafficking, and the sharing of non-consensual intimate imagery, which is illegal in many places around the world.

They also include policies against harassment, like sending multiple unwanted messages to someone who’s made it clear that she doesn’t want to receive them.

We also work with organisations such as the US National Network to End Domestic Violence to help us update and refine our policies so that we keep pace with changes happening online and offline. Because cultural norms around things like sexuality, friendships and women’s roles in society can differ so widely, we talk to a wide range of experts around the world so that we better understand how abuse and harassment manifest in different places.

Gender based violence – perpetrated online – can also involve the sharing of private images or videos without consent. To tackle this, we have a pilot project underway which helps potential victims prevent their intimate images from appearing on our platform.

This year, as a consequence of the impact of COVID-19, and the increased reliance on online resources that we’ve all seen, we have stepped up our global response.

We are determined to do all we can to tackle this issue. That’s why, today, we are teaming up with Stop the Traffik, Women Entrepreneurship Platform, SafetyNed, Women In Immersive Technologies, I am Here International, and the European Movement International as part of the ‘16 Days of Activism against Gender-Based Violence’ campaign, a UN-backed initiative coordinated by the Center for Women’s Global Leadership.

Over the next 16 days, we will hear from those who are taking action to help women who are the victims of violence in Europe. In our kick-off event, European Commissioner for equality, Helena Dalli, tells us about the EU’s role in fighting violence against women and girls.

Tackling this issue is a core priority of the European Commission and as EC President Ursula Von der Leyen said “gender-based violence remains a terrifying reality for too many people in our Union”.  These are objectives that Facebook Brussels stand behind.

We know the world won’t change in 16 Days. But by shining a light on an issue that is often swept under the carpet we can not only help policymakers in Europe find common solutions, but can offer practical support to those women who need it.

Further information about the events taking place as part of the 16 Days of Activism against Gender-Based Violence can be found here.