A renewed partnership for the future of European Standardisation

By CEN and CENELEC 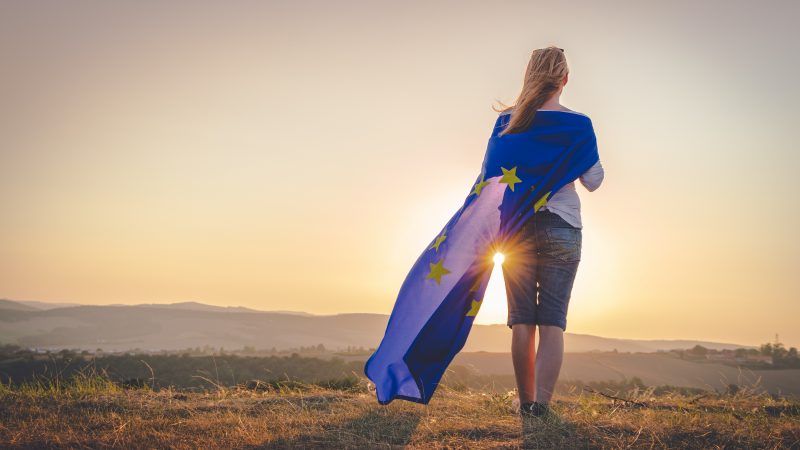 European standards are what makes the European Single Market possible. Even if they might be invisible, standards are all around us: from toys to cars, from our phones to our homes, standards make the products we use daily safer, trustworthy, and sustainable. Standards also ensure that everywhere in Europe, consumers have access to the same – high – levels of quality.

Through the work of a network of more than 90.000 experts all around Europe, organisations such as CEN and CENELEC – two of the three officially recognised “European Standardisation Organizations” (ESOs) – develop thousands of European Standards (ENs) across all 14 industrial ecosystems every year, thus contributing to the well-being of Europe’s citizens and to the global success of its industries.

The role of standards as a pillar for the Single Market has been particularly evident during the last two unprecedented years. Working in collaboration with the European Commission, CEN and CENELEC have offered key, actionable solutions to address the challenges posed by the pandemic and its aftermath.

First, during the first phase of the emergency, the Members of CEN and CENELEC, the National Standardisation Organizations, took the exceptional step to make temporarily available for free a series of European standards for medical devices, ventilators and personal protective equipment (PPE), thus helping the production of and access to urgently needed equipment.

As Europe went from dealing with the emergency to managing the recovery through the most ambitious sharing of resources in its history, European Standards have proven instrumental in contributing to a sustainable, resilient and inclusive long-term economic growth.

They are the perfect tool to power the twin digital and green transition at the heart of the European Commission’s plans and to help Europe be a leader on the global market for the foreseeable future.

The Strategy, released on the 2nd of February, aims to leverage the power of standards to respond to the need for Europe to be more assertive on industrial priorities for Europe and strategic at the international level.

In particular, the new document has the objective to better support Europe’s competitiveness and strategic autonomy, facilitate the adoption of European innovations on the global market and ensure that European and international standards are in line with the EU’s interests and values.

CEN and CENELEC and their 43 National Members in 34 European countries support these ambitions. We all share the Commission’s desire for Europe to “be a standards-maker, not a standards-taker”.

For this reason, we commit to the strengthening of the EU’s leadership in standard-setting to support the global competitiveness of European companies, especially in strategic industries such as cybersecurity, hydrogen, industrial data and critical raw materials.

To this end, CEN and CENELEC will also build on the long-standing collaboration with and within their international counterparts, respectively ISO (the International Standardisation Organization) and IEC (the International Electrotechnical Committee), to develop aligned European initiatives in international fora, reinforce concerted influence and exert global leadership in the definition of the standards of the future.

As a recent example of the potential of this ongoing commitment, in January 2022 CEN and CENELEC signed the London Declaration, spearheaded by ISO and co-signed by IEC. The Declaration pledges for the inclusion of climate consideration in all standards development activities in support of the Paris Agreement and the UN’s Sustainable Development Goals (SDGs).

For these ambitions to become reality, having a well-functioning and agile European Standardisation System is key. As part on the reflection on how to make this system more resilient and able to meet today’s challenges, CEN and CENELEC released last year their joint Strategy 2030: thanks to this forward-looking strategic document, all our community has embarked upon a ten-year journey that will make our system fit for the future.

A coherent, efficient and strong public-private partnership between standardisers and the EU institutions is instrumental for European leadership. We are particularly glad that the Standardisation Strategy reaffirms and upholds the unicity of the market-based and inclusive European Standardisation System: a robust process based on New Legislative Framework principles is essential for the European standardisation community to engage forcefully and yield concrete and decisive results matching European policy priorities.

This commitment is reinforced by the important proposal by the European Commission to introduce a High-Level Group for Standardisation. The Group will help increase the alignment and coordination between European standardisation, the European institutions, industry and societal stakeholders to allow for anticipation in standardisation and act together on priority issues for Europe.

In a context of global challenges calling for collective actions, the new European Standardisation Strategy is a welcome step in the right direction, as it sets the basis for a renewed partnership that will allow us all to take the best lessons from our past successes, define a common strategic path forward and look with hope to the future.

The strengthened partnership established by the Strategy has the potential to contribute to making the European economy stronger and more resilient, accelerate the market uptake of innovations and new technologies, ensure established levels of quality for products and services in the Single Market, and help Europe lead the way in the twin green and digital transition.

The next years will be ripe with opportunities. The CEN and CENELEC community is ready to engage with the European Commission and all stakeholders to help Europe deliver on its promises.