An idea whose time has come 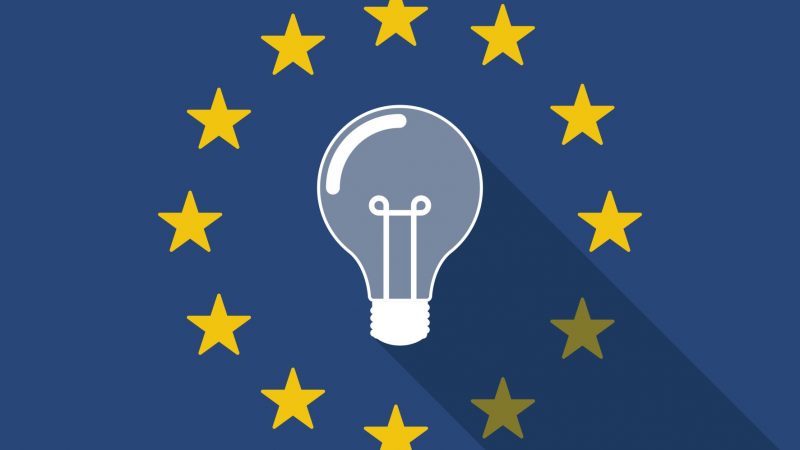 If it seems obvious that innovation is key to accelerating the green and digital economy of tomorrow, then it must also be obvious that a robust framework for innovation policy is needed in the EU, writes Dr Roland Strauss.

Dr Roland Strauss is co-founder of the K4I Forum in the European Parliament.

Up until now this has been missing, as there is currently no overarching EU strategy for innovation. Thankfully this anomaly is about to change with the unveiling this summer of the European Commission’s New European Innovation Agenda.

The remit for progressing the Agenda has coalesced around five areas, identified as being critical to building a dynamic, cohesive innovation landscape. Namely: access to finance; regulatory sandboxes; innovation ecosystems; better innovation policymaking; and talent.

What many are now hoping for is that the processes to progress this new overarching strategic vision for innovation can deliver a clear vision and strategy that will help the EU realise its goal of becoming the world’s first climate-neutral continent by 2050.

There are also growing demands that any new innovation policy agenda for Europe should open the door for the establishment of a European Innovation Area (EIA).

This is an idea that has plenty of high-level support, with Mariya Gabriel, European Commissioner for Innovation, one of the most vocal. For Gabriel, a “new European single space for innovators and entrepreneurs” will “allow ideas to grow like never before” and give changemakers across the continent fair and “equal access to funding”.

As the French novelist, Victor Hugo, said: “nothing is more powerful than an idea whose time has come”. And so it is for the EIA.

EIT RawMaterials is another backing the growing calls for its creation, insisting it will “create jobs and help realise the European Green Deal” because it will give Europe the tools to “become more competitive in connecting education with innovation, technology and entrepreneurship”.

In practical terms a European innovation area would create the conditions for easy access to opportunities, removing bureaucratic bottlenecks that often stand in the way of innovative activities. For example, startups in one country would be able to bid for public contracts in another, and early-stage companies and corporations would get the chance to work more closely together, and as Mariya Gabriel says, it would mean “bringing together all the actors of the European innovation ecosystems” in a space where ideas could flow freely within a “networking culture fit for the 21st century” that would allow “all players to easily connect at a local and European level”.

There are two examples of where such an approach is already bearing fruit: the European Research Area, and the European Education Area; two integrated, pan-European ecosystems that are maximising the potential research and education have to improve the everyday lives of citizens and the environment.

Giving innovation similar freedom to do its thing, through the establishment of a European Innovation Area, would strategically strengthen innovation ecosystems at the local, regional and national levels, paving the way for a truly integrated and connected innovation landscape. In essence, it would deliver a single market for innovation that would better coordinate systems that Gabriel says are “too fragmented and disconnected” in their current state to move Europe forward.

A dynamic EIA would help foster the levels of innovation and technological leadership that will be required for the EU to maintain a strong, sustainable and competitive economy. This is something the new EIA Manifesto recognises, with its vision for a European Innovation Area that can deliver tech sovereignty and accelerate solutions designed to support the EU Green Deal, while at the same time capitalising on Europe’s deep tech opportunities, regulating the more questionable aspects of disruptive technologies, creating innovation cohesion, developing democratic financing mechanisms, and promoting women innovators.

What makes the EIA such an exciting prospect is it is being built by innovators for innovators, by MEPs, changemakers, academics, corporations, organisations and startups with the biggest stake in ensuring the European Innovation Area is a success.

The journey towards this European Innovation Area will take a step forward this month when these stakeholders attend a summit, organised by Knowledge4Innovation, that will coincide with the Commission’s announcement of the innovation Agenda.

The first-ever EIA summit takes place in the European Parliament in Brussels and online, 27-30 June.