Big tech is pulling tricks instead of doing what is right 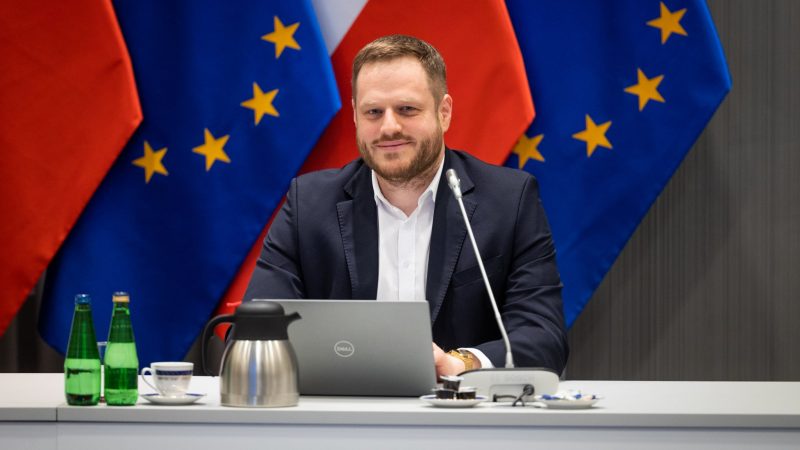 Tech giants of the world failed at both when Russia invaded Ukraine, writes Janusz Cieszyński. [KPRM]

There is a 19th-century Russian saying – “to earn a rouble and keep one’s honour” – which applied with irony to people who try to do good, play by the rules and still receive personal gain. Like so many others in the past, the world’s tech giants failed at both when Russia invaded Ukraine, writes Janusz Cieszyński.

Janusz Cieszyński is the secretary of state for digital affairs in the Polish prime minister’s chancellery.

The war that has shocked the Western world came after an unprecedented surge of pro-Kremlin propaganda using the biggest social media platforms to go viral. It started way before the first enemy tanks rolled into Ukraine on February 24. Russia had been using fake narratives for weeks before they finally built the false case against their neighbour and had an excuse to invade.

The pre-war online aggression was already well established as Russia Today branded itself the most popular TV station on YouTube with more than 5 million subscribers. Facebook and Twitter also took a business as usual approach and the internet was covered by a barely visible veil of disinformation and fake news.

The first warning came during the pandemic when governments were rebuked for insisting on anti-disinformation policies to be applied by the platforms. It took months for them to be established and even after they were introduced requests from experts to take down sources of fake news fell on deaf ears.

It turned out that the companies that claim to know all about what is posted online don’t have a clue about how to protect users against misinformation.

Sir Nick Clegg replied to requests from prime ministers from four Central European countries by saying that Meta is not a government.

Normally, this would be a good thing as it is public administration that is viewed as sluggish and inefficient.

But faced with the COVID-19 crisis in March 2020, most governments across Europe took no more than a couple of days to switch themselves to remote mode. Public services which had not been online until then became online in a matter of weeks.

The Polish government had a lot of cross-functional teams which would use one another’s resources on a daily basis. Many other administrations did the same. The pandemic simply sped up the process. We had to work fast and innovate because that was what the people wanted.

Yet, the COVID challenge was not reason enough for social media frontrunners to try to repeat what had once made them successful and rich – taking risks, experimenting and being ahead of the pack.

In 2018 Poland agreed with Facebook that the latter would look again at user complaints about blocked content and allow the content back onto the platform if it were found acceptable. It worked really well until the lockdown, when Facebook redeployed its staff, and the project never restarted.

You would think that a global tech company with the smartest minds on its payroll could easily accommodate one more task force to continue with a promising and one-of-a-kind experiment that produced a tangible outcome. Thousands of users who filed their complaints were simply left unheard.

Strangely enough, the dire straits the world found itself in during the pandemic did not disturb social media from its apathetic slumber. Has the recent invasion?

For the past few days, there have been countless examples of how Russia’s narratives are distorting reality for millions of users. Whatever the Kremlin’s intentions, one thing is for sure – social media has now become a theatre of war on a scale unseen before.

A good part of Eastern Europe is engaged in cyberwar, just as Ukrainian soil is pounded by bombs and bullets. At the beginning of the conflict, the Polish internet alone was being pummelled by disinformation and lies at the incredible rate of thousands of pro-Russian mentions every day.

While YouTube took more than three days to demonetize Russia Today, it took just a few hours for the Polish National Broadcasting Council (KRRiT) to remove TV stations owned by Russian broadcasters from cable networks and satellite platforms on February 24.

And it’s not even a tech company – it’s a government! (On a side note, surprisingly enough, when this article was written, only YouTube had signalled they would update their community guidelines. Let’s see it work).

This is not to say that the biggest social media players are outright Kremlin supporters. However, the corporate jargon we received from them when the war started meant only one thing – the decision to move out of Russia was not a cost big tech was willing to bear.

Faced with mounting pressure they began to tip-toe towards limited measures that would make them a part of the greatest sanctions ever forced on any country in history.

But just before they made the final move, Putin’s regime stepped in and blocked access to foreign platforms once and for all.

Being left on the sidelines with no money from its Russian market and a shattered reputation among users, there is only one way remaining for the tech giants to revert to the “don’t be evil” days. All the resources should be focused on tracking down every bit of misinformation that leads back to Putin and his cronies.

They have spent years building an invisible network of online influence. It definitely consists of more than the group followed by 4,000 Facebook users that Clegg recently bragged about taking down.

There is no time to spare, and the war for the truth has to be fought with the same determination that has been shown by President Zelenskyy and his troops on the ground in Ukraine.

The tech world should answer the call of Mykhailo Fedorov who sent letters to almost every company and country asking them to take down fake news purveyors and leave Russian invaders without chips, software updates and access to cloud services.

After all, tech should not be there just to stand idly by and take the money, but to play its part in full.