Martin Leng is the Communications Coordinator for the Quaker Council of European Affairs (QCEA), based in Brussels. QCEA advocates for peacebuilding and human rights in Europe on behalf of tens of thousands of Quakers across the continent. The group recently published a report, Anti-Migrant Hate Speech, which has more information about excellent civil society initiatives which work to tackle xenophobia online.

Hate-mongering such as this brings to mind the worst chapters of human history.

Indeed, here in Europe, such angry, fearful attitudes are nothing new – they have been dusted off time and again in the service of demagogues and dictators. They are the spark which ignited a thousand pogroms. They are paving stones on the path to Auschwitz.

It is, therefore, a source of great sadness to see such words on the pages of Facebook and Twitter – modern tools of openness and dialogue in the service of tired old prejudice. Not only because they remind us of the worst of humanity, but because words such as these have terrible consequences. 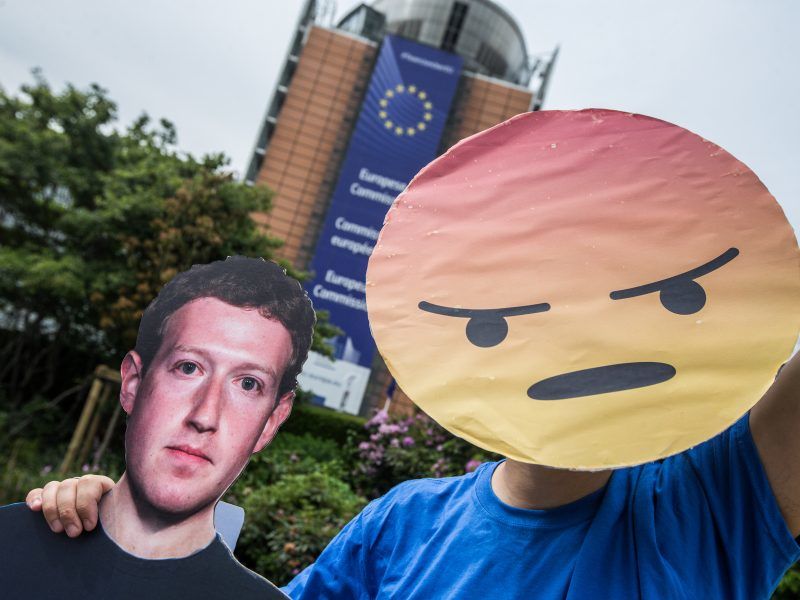 This was starkly illustrated by new research highlighted by EurActiv in August. It found a correlation between instances of xenophobic comments on social media and real-world violence targeting refugees and migrants.

“The most common incidents include damage to refugee housing, assaults, anti-refugee demonstrations and arson attacks,” according to the findings.

And while this particular analysis focused on Germany, the problem is truly European in scale.

This begs the question: should the response be European, too? For better or for worse, the EU is closely associated with migration policy in the public consciousness – and given the current “blood and soil” political discourse in many of its member states, Brussels can hardly rely on some national capitals to address hate speech with any seriousness.

The EU has already taken some tentative steps towards addressing the issue.

Other digital giants have since added their names, and the initiative has seen some progress, with 70% of hate speech flagged up by users being removed.

The Commission has also made (limited) funding available for civil society projects aimed at countering violent and dehumanising speech on the internet.

But the challenge is about more than just securing private sector buy-in, or hopeful grantmaking. The rise of online hate speech is a symptom of a wider malaise in public life, epitomised by a retreat into partisan echo chambers and mass distrust in the “establishment”.

Increasingly, we shout over those who hold different points of view and regard inconvenient facts as biased or even conspiratorial.

Like hate speech itself, such impulses are nothing new, but the algorithms and anonymity of the internet have surely aggravated the situation massively.

It’s for sociologists to determine whether Facebook and Twitter provoked this deterioration in our public life, or merely facilitated the rot.

But in any case, Pandora’s Box has been opened and we can’t turn the clock back to an age of analogue civility. So what to do?

In his recent report, David Kaye – the United Nations Special Rapporteur on the promotion and protection of the right to freedom of opinion and expression – suggests moving away from so-called “viewpoint regulation” on the internet.

Yes, calling for the gassing of refugees on Facebook is repugnant – but a great deal of online xenophobia is less explicit, and it’s hard to draw a clear line between so many shades of grey.

Defining hate speech is a subjective endeavour, and Kaye warns that we run the risk of censorship by casting the net too widely.

Instead, he argues for more clarity about what is and is not acceptable, and encourages the EU to further invest in civil society organisations which support the “development of positive narratives and critical thinking”.

The idea, then, is to win the arguments instead of stifling them. A great example of this is the Swedish #jagärhär (“I am here”) movement, a thousands-strong network of volunteers who “drown out” hate speech on social media with positive messages and links to facts which disprove xenophobic statements.

Refuting hate speech with empirical evidence and dialogue will not put an end to anti-migrant hatred – neither on your Twitter feed, nor in real life.

But given the role that “fake news” and polarisation play in our hostile public discourse, educating and engaging could be a more sustainable response than simply deleting comments which (rightly) offend our sensibilities.

The EU should lend such efforts its full support.

In any case, we must not forget the terrible lessons of history, nor the very real consequences of hateful language in the present.

It only takes one angry person, warped by a constant drip-feed of online xenophobia, to commit an atrocity whilst yelling far-right slogans. This is a new lesson which we are learning the hard way, from razed refugee shelters in Berlin to the streets of Batley and Spen.

Whatever Europe’s response, it must not be half-hearted – lives are at stake.

3 responses to “Blood and soil: How hate speech is destroying political discourse”