By Julia Rone and Georgi Hristov 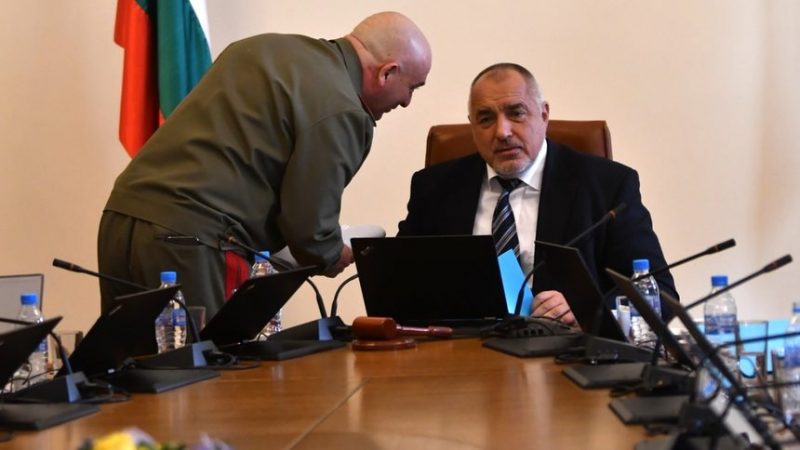 Julia Rone does research on new media and politics in Cambridge. Georgi Hristov is a journalist and translator.

On 20 November Bulgaria became the EU country with the highest number of daily new confirmed COVID-19 deaths per million people. This sad record has many explanations – from the total collapse of the health system to the unclear, chaotic and self-contradictory measures of the government up to this point.

Yet another crucial but often overlooked factor has been the considerable lack of agreement among the population regarding the danger of the virus and the measures that need to be taken.

A key reason for this has been mass public disinformation on Covid-19. And while most discourses on disinformation tend to blame social platforms such as Facebook or foreign powers such as Russia or China, in Bulgaria, it has been the country’s own mainstream media and politicians that have contributed the most to spreading confusion and ignorance.

First of all, the Bulgarian government fostered confusion by introducing two competing expert teams that provided mutually contradictory information on the virus. Back in February, long-before some of the most widely attended anti-governmental protests in the history of Bulgaria, a National Operational Headquarters (NOH) was established to deal with the coronavirus.

A month later, Prime Minister Boyko Borissov established an alternative Medical Expert Council (MEC) to provide guidelines for doctors on how to combat the virus.

The two expert teams have been in conflict ever since: NOH supported strict lockdown measures in April, while the MEC, including the infamous docent Atanas Mangurov, downplayed the threat of the virus and argued in favour of herd immunity.

Prime Minister Borisov prided himself with listening to both teams. Needless to say, the conflicting information coming from the highest expert level caused mass confusion.

Second, mainstream media increased uncertainty by pursuing scandal and views at the expense of clarity and understanding.

The most infamous example was an interview which featured a sentence by the head of NOH – Prof. Vencislav Mutafchiyski, who warned that “a lot of people will die”. The sentence was in fact recorded after the interview was over and led to the public demonization of Mutafchiyski as a scare-monger.

Meanwhile, the face of the alternative “expert team” Atanas Mangurov became a regular guest in all major mainstream TV stations, making claims such as “the virus will be gone in June”, “no scientific evidence masks protect us”, “testing is a waste of money” and many more.

Surprisingly, there was little to no pushback from journalists until cases started rising exponentially in October.

Only then was this self-described expert challenged on live TV – and in the aftermath of the interview it was revealed he hadn’t set foot a single time in the COVID sector of his own hospital, despite making claims he had entered numerous times without wearing a mask.

Soon after this self-styled expert was exposed, he was again backed by the authorities, which promoted him to the managerial position of a COVID ward of a state hospital, which in turn gave him even more publicity in the media.

The question remains whether this lax treatment of Mangurov and others like him by the media was driven only by the pursuit of higher ratings or was assisted by the government, which, refused to implement any reasonable measures until this week.

In both cases, it is a massive failure on the part of mainstream media – already infamous for its low standards and oligarchic control – which allowed for a number of conspiracy theories to spread through social media and undermined any efforts to deal with the epidemic.

Only now, when the country is facing a dramatic public health crisis, media are starting to pick up the slack. And only after the collapse of the health care system with people dying in ambulances and in front of hospitals, did the government start considering a lockdown. But for many people, these new measures come too late.

Similarly to other CEE countries which emerged as the unlikely champions of the first COVID-19 wave, Bulgaria did not use the time gained to prepare its hospitals, test and trace systems, and most importantly – to build a public understanding and acceptance of anti-COVID-19 measures.

Considering that in Bulgaria, as in the whole CEE region, many doctors have emigrated and there are severe shortages of medical personnel, a responsible and careful approach by both the government and media was crucial to save the remaining struggling doctors, more than 63% of whom are aged above 51.

The failure to adequately inform the public about the virus was ultimately a failure to protect patients and doctors alike.

Yet, rather than being an isolated case, Bulgaria has been the extreme manifestation of trends observed all across Europe. In June, a UK study found that most participants were not concerned about fabricated stories around 5G, but rather felt confused and uncertain due to the often self-contradictory and incoherent government messaging about the virus.

Politicians such as Dominic Cummings breaking the lockdown also did not help popular compliance with measures in the UK. If European states really want to combat disinformation and guarantee public compliance with anti-COVID-19 measures, they no doubt need to regulate digital media.

But crucially they also need to hold to higher standards their own mainstream media and political institutions.