Cybersecurity: COVID has thrown into sharp relief the need for greater transatlantic cooperation 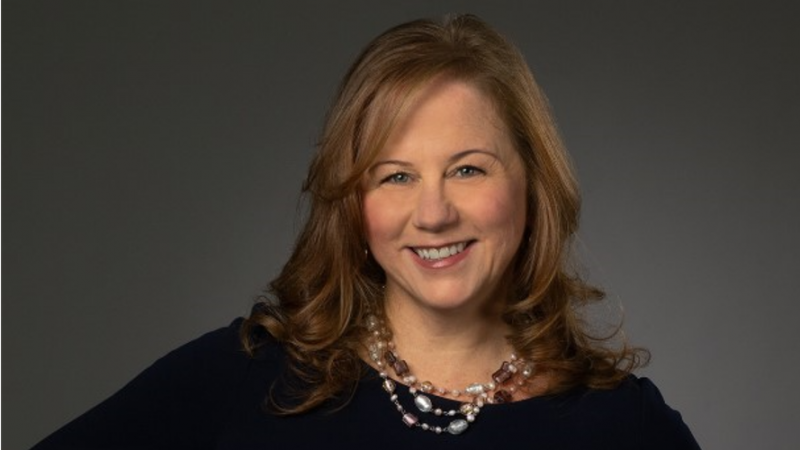 Jackie King is the executive director of Ibec Global

Almost two years into the global pandemic, boards and CEOs are counting the cost of the upsurge in cybersecurity attacks on both sides of the Atlantic. Cybersecurity is at the top of the agenda for corporates, institutions and governments.

Which is why a major summit on 18 November is bringing together the globe’s top thinkers on cybersecurity – including NATO Deputy Secretary General Mircea Geoană and INTERPOL’s Director of Cybercrime Craig Jones – to debate how businesses and governments can make the cyber space safer for everyone.

Just two years ago cyberattacks were big news and rare events. Today they are everyday occurrences – a cyberattack is attempted every 39 seconds. But the losses involved are staggering. The annual cost of cybercrime to the global economy is estimated to have reached €5.5tn at the end of 2020 – double the EU Commission’s 2015 estimate.

Cyberattacks on infrastructure threaten business continuity and the provision of essential services in transport, water and even food supplies. Recent incidents have seen attacks on hospital networks, on energy grids, and on other critical infrastructure, including defence capabilities. Financial fraud is a major issue, but cyberattacks also target democracies and national elections for political and ideological purposes.

Organisations such as the World Economic Forum and the Financial Action Task Force (FATF) have pointed to the extraordinary increase in cyber events, ransomware attacks and fraud. Multinationals with operations on both sides of the Atlantic need to escalate security protocols as a critical priority for action, and cybersecurity must be top of board agendas for key sectors regularly targeted by cyber criminals.

This is why Ibec Global’s major international summit Cybersecurity – the transatlantic reboot which takes place on 18 November couldn’t be more timely. The summit gathers the world’s leading experts and top thinkers in cybersecurity to discuss how to effectively tackle cybercriminals and make the internet safer.

One of the major themes the summit will address is how the advent of the COVID-19 pandemic has been the perfect storm leading to a massive upswing in cybercrime. When the global health crisis hit an increasingly digitised world – with the number of mobile devices set to grow to 25bn by 2025 – the world finally awoke to the true potential of connectivity.

Advances in digitally-enabled government and public services, the streamlining of business processes, and the freedom and empowerment of remote connections changed our lives and enabled continuity through a global lockdown.

But the speed of change brought opportunities which cyber-criminals ruthlessly exploited. Corporates and individuals were exposed to cyber vulnerabilities associated with working-from-home protocols, where many breaches were due to corporate unpreparedness. Faced with systems that were not secure or resilient, the abuse was significant: ransomware attacks are estimated to have risen 148% in March 2020 as the pandemic hit.

A state of cyber disaster declared

Cyberattacks on governments and corporations have escalated massively over the last 12 months, with denial-of-service attacks and demands for ransoms paid in crypto currencies. A case study that will be examined during the summit is that of the ransomware attack on the Irish health service earlier this year which crippled the entire hospital network and related services for weeks.

The attack was carried out by a criminal gang based in St Petersburg, Russia and caused major problems for clinicians as they attempted to battle the pandemic. The cost of the post-attack rehabilitation is estimated at some €100m, as Fran Thomson, CISO at Ireland’s Health Service Executive (HSE), will explain.

While several major attacks have been carried out by state actors, the capabilities of organised criminals have increased significantly. These are targeting companies without resilient cybersecurity protocols, and the number of reports from organisations and authorities declaring themselves in a state of ‘cyber disaster’ are increasing, having been crippled by a ransomware attack.

The cybersecurity breaches of 2020 culminated in the Solarwinds espionage of the United States, a timely reminder to decision-makers around the world of the heightened importance of cybersecurity in international geopolitics and trade. Recent high-profile supply-chain issues have revealed the soft underbelly of the global economy, underlining the acute need for partnership in enhancing cybersecurity.

Cybersecurity threats are more emboldened and creative than before, and almost always transnational. Threats and disruptions to the transatlantic relationship are now digital.

The White House has fully recognised the need to act collectively. At a ransomware summit it hosted in October last year White House National Security Advisor Jake Sullivan stressed that “no one country, no one group can solve this problem”. And he is right.

The threats of the future will likely be bolder, more creative and global in nature – meaning neither the US nor the EU can manage this threat alone. The reasons for partnership are dictated by the shift in criminal focus. The convergence of cybercrime, fraud and financial or economic crime means it is now very difficult to say where one discipline begins and the other ends.

Which is why it is essential that banks, financial institutions, utilities, tech companies and corporations share approaches, work together on prevention and education, and ensure common systems resilience.

There is a clear need for all highly-digitised economies to come together as partners to counter the global cybersecurity threat, the EU, UK, US and Canada alike, to mention just the major north transatlantic partners. International collaboration is needed to counter the international nature of criminal activity, containing online and offline elements, and addressing weaknesses in oversight, connectivity or protocols between institutions, organisations or jurisdictions.

But while evidence for the need to act is clear, global businesses do not always understand how they can act in partnership with others for the best outcomes. And this is why Ibec Global, as an influential voice of business leaders, is intensifying its support with international partners to help shape the shared response.

At Ibec Global we recognise the urgent need amongst companies and government agencies to prioritise knowledge around cybersecurity and build a network of like-minded professionals to make cyber awareness mainstream. This is the major focus of Cybersecurity – the transatlantic reboot summit on 18 November, and I personally invite all business, political and regulatory leaders concerned about cybersecurity to join us.

Click here to register as a delegate for Cybersecurity – the transatlantic reboot.